3D animated model of irregular heartbeat could save lives

Arrhythmia, characterised by the heart beating too fast, too slow or inconsistently, may precipitate a decrease of blood flow to the brain and body, resulting in heart palpitation, dizziness, fainting, or even death. It may be too tiny for a microscope to observe. Also Read - Heart attack risks higher on Christmas eve, says study

‘Our heart runs on calcium,’ says molecular biologist Filip Van Petegem of Canada’s University of British Columbia. ‘Every heartbeat is preceded by calcium ions rushing into heart muscle cells. Then, a special protein opens the pathway for calcium to be released from compartments within these cells, and in turn initiates the contraction,’ adds Petegem, according to a British Columbia statement. Also Read - New Apple watch lets U.S. users take ECG, check irregular heart rhythm

Mutations to the gene that forms this protein have been linked to arrhythmia and sudden cardiac deaths in otherwise healthy people. ‘Reconstructing the pathway and its dynamic motion enabled us to see the process in action,’ says Petegem. ‘We found that the mutations destabilize the pathway’s structure, causing calcium to be released prematurely. Finding a way to stabilize the pathway could prevent these deadly conditions and save lives,’ adds Petegem.

These findings were presented at the 2013 Annual Meeting of the American Association for the Advancement of Science (AAAS) in Boston.

Feb 18 the sickest day of the year? 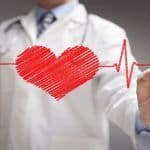