On being asked why India ranks as the diabetic capital of the world, 58.8% of the total doctors attributed this title to the lifestyle prevalent in modern and competitive India. Interestingly, family history was considered as a contributing factor by only 7.2%.

We live in a world where pace outdoes every other priority in our lives. And so we are getting more and more exposed towards the life threatening diseases. These keep breeding inside our body as an outcome of keeping pace with the hustle bustle, we call modern life. India was termed the Diabetic capital of the world recently and Curofy decided to understand the reasons behind it by conducting a survey. The survey focusing on this year s World Health Day theme was titled – Halt the rise! Beat diabetes. Also Read - Diabetes: Common mistakes you are making that can raise your blood sugar levels

A total of 1,617 doctors responded to questions pertaining to the causes of rise in diabetic cases in India and patients reaction to the treatment modalities.

On being asked why India ranks as the diabetic capital of the world, 58.8% of the total doctors attributed this title to the lifestyle prevalent in modern and competitive India. Interestingly, family history was considered as a contributing factor by only 7.2%.

I firmly believe Dharti Pe chalo aur Dharti ka khao , meaning whatever comes from the farm is good anything processed has added sugar, added salt, and added maida for that matter even Ramdev s Biscuits are processed and not up to the mark. Yes it is a lifestyle problem, I would strongly recommend 150 minutes per week walking and eating from the farm as much as possible fresh fruits and vegetables should top the chart. Says Dr Sujeet Jha Director Endocrinology, Diabetes & Obesity, Max Healthcare. (Read: World Health Day Cycling and other ways you can keep diabetes away)

What s more thought provoking is that 65% of the doctors said that their patients preferred alternate medicine to their allopathic counterparts on being initially diagnosed. This has opened new windows of discussion about the veracity of such medication. Explaining this, Dr Rajeev Patni, Consultant Diabetology & Endocrinology, Santokba Durlabhji Memorial Hospital, Jaipur India said, It is true that patients prefer other form of medications, there are multiple reasons for it – for starter, patients feel that if once they begin with allopathy it will be for lifetime, also the big misconception that naturopathy can cure them completely or for that matter any other form of therapy clubbed with walking can change the diabetes status; which is not true. (Read: World Health Day 2016 Government to design policies to control junk food consumption in India to tackle diabetes and obesity)

Curofy’s in-depth survey also tried to cover adherence which is perhaps the most important reason for prolongment of any disease.41.5% of the doctors said that only 40-60% of the patients adhere to the prescribed drug whereas a significant 27.2% doctors believe only 20-40% patients adhere to the given drug which is a cause for real concern for a large population like ours.

Monitoring blood sugar regularly can have far reaching effects in terms of keeping this menace in check. Specially in today s world where time is the biggest scarcity. According to the survey, 33.2% of the doctors feel that 40-60% of their patients check their vitals regularly and whereas 32.6% of the doctors feel that only 20-40% of their patients track their blood sugar regularly. This is a cause for concern since blood sugar is a measure of stress, lifestyle as well as eating habits of a person among other things. This in the modern world, is of paramount importance and can go long way in cautioning the diseased or the ones in danger to take steps accordingly and hence checking diabetes. (Read: World Health Day 2016 Here s how to win the battle against diabetes)

Diabetes is a menace that needs to be tackled head on. World health day 2016, has diabetes as theme. It aims to make people aware about the nuances of the disease which can lead to a host of other diseases. According to the survey 26.5% of the doctors believe atherosclerosis is the impending danger of diabetic patients where as a whopping 43.2% say that Neuropathy is one of the obvious danger lurking for the ones with diabetes.

The survey clearly showed that diabetes is a peril that paves way to even more severe life threatening diseases. Hence it needs to be controlled.

Mr Mudit Vijayvergiya, co-founder Curofy said, We did the survey to understand the tag India has as the diabetic capital of the world, and it s pretty clear that a lot of awareness is required not just for the patient but also on the part of the doctor. We are a young population, and world sees the next superpower in us. But to reach there we need to be a healthy nation first and overcome these roadblocks that can plague our way to the top. (Read: World Health Day: Government ties up with Hyderabad based firm to develop drugs and software to tackle diabetes) 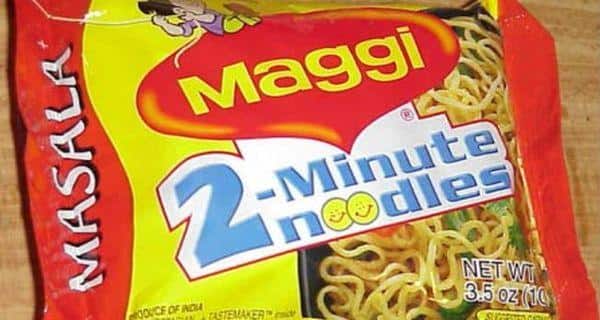