As many as 125 students of two government schools in Uttar Pradesh were taken ill after consuming midday meals on Wednesday.

As many as 125 students of two government schools in Uttar Pradesh were taken ill after consuming midday meals on Wednesday. Also Read - Ganesh Chaturthi 2020: 4 reasons an eco-friendly Ganesha is good for you

Hundred students of a primary school were taken ill after eating kheer (a sweet dish) served to them in the midday meal in Badaun district, DM Chandra Prakash Tewari said. Also Read - Uttar Pradesh sounds H1N1 swine flu virus alert after 17 cases in the past week

The children in Agori village of the district complained of vomiting and stomach ache after eating the dish this afternoon, Tewari said.

While 18 children were taken to the nearby health centre, others were given primary treatment at the school itself, he said.

The dish and the utensil in which it was cooked have been seized, and a team comprising the Chief Medical Officer and others has been constituted to probe into the matter. (Also read: UP to check midday meals quality)

In another similar incident, 25 children of a government school were taken ill after eating midday meal in Baghaula area of the district.

The victims complained of vomiting after consuming kadhi-chawal, served to them in the midday meal and were later rushed to the Bilriyaganj Community Health Centre, police said.

Of them, 15 were still undergoing treatment while the rest were discharged after first-aid.

According to Chief Medical Officer BB Singh, sample of food served to the students has been taken and is being sent for test.

However, the students had complained that a lizard had fallen in the food.

Meanwhile, Basic Shiksha Adhikari Samarrun Pradhan said investigations were on and those found guilty would be punished. Previously, Maneka Gandhi had written to Chief Minister Akhilesh Yadav complaining about the poor quality of midday meal. 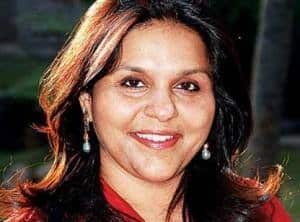 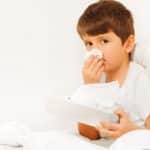