The death toll due to chikungunya-triggered complications stood at 12 on Wednesday.

The death toll due to chikungunya-triggered complications stood at 12 on Wednesday, with two new cases reported from the All India Institute of Medical Sciences (AIIMS), prompting Union Health Minister J.P. Nadda to seek a report from the Delhi Government on the rising deaths and number of patients. Delhi’s Water Minister Kapil Mishra also appealed to all legislators and councillors to keep aside political differences and fight the vector-borne menace together. Delhi Lt. Governor Najeeb Jung also urged the people to rise above considerations of politics and fight chikungunya and dengue unitedly. Two patients suffering from chikungunya died at the AIIMS, taking the death toll to 12. Earlier during the day, city-based Indraprastha Apollo Hospital confirmed the deaths of five patients in the last three weeks. The latest were of two men – aged 50 and 30 – who were suffering from kidney ailments, that got aggravated due to the virus. The two died on Tuesday. Union Health Minister J.P Nadda said there was no dearth of medicines and testing kits in the hospitals. He said that 11 advisories have been issued to all states and they have been requested to declare dengue as a notifiable disease, for improving reporting and for taking preventive measures in affected areas. Several awareness programmes through print and electronic media and issuing of advertisements for controlling the diseases have been initiated by the government. (Read: Chikungunya claims more lives in Delhi; toll rises to 10) Also Read - Another virus from China can spread disease in India: ICMR

Gearing up to tackle the rising cases of chikungunya and dengue, Delhi Water Minister Kapil Mishra along with BJP parliamentarian from North East Delhi Manoj Tiwari conducted fogging in Sonia Vihar area of Karawal Nagar. Earlier in the day Delhi Health Minister Satyendar Jain held a review meeting with the officials of all the civic bodies and health departments, saying : We are not satisfied with the fogging supposed to have been done by the North, South and East municipal corporations. There was a need to carry out fogging in the whole of Delhi. Stating that there was no need to panic, Jain stated that the Delhi government hospitals are fully capable of providing proper treatment to the patients. The Lt. Governor also urged all stakeholders to make all-out efforts to check dengue and chikungunya cases. I appeal to all to rise above political considerations and fight the menace unitedly. Historically, in emergencies, people have come together and fought. That is what is required now, he said. The Delhi Government asserted in the High Court that fewer number of dengue and chikungunya cases were reported in the national capital this year compared to last year. According to hospitals, the patients were also suffering from diabetes and kidney ailments. (Read: Chikungunya test and diagnosis everything you need to know) Also Read - Millions of GM mosquitoes to be released to fight chikungunya, malaria in US

Municipal Corporation data said the number of dengue, chikungunya and malaria infections stands at 1,158, 1,057 and 21 respectively. According to the civic bodies, the highest dengue cases were reported in 2015 with a total of 15,876 people infected by the vector-borne disease with 60 deaths. Health experts have said there are more chances for the elderly to succumb to chikungunya due to their low immunity levels. Terming the process as Trigger Mechanism, experts — treating chikungunya, dengue and malaria patients, also categorically stated that no one dies of chikungunya, but if a person has a history of a chronic disease then it may get aggravated or reactivated by the chikungunya virus, leading to death. It’s all about the immunity level. Though chikungunya cannot kill someone it can trigger the problems of an old chronic disease. In case an elderly patient suffering from kidney or cardiac disease gets chikungunya, then there are chances of the kidney and the cardiac disease to become severe, leading to death, as immunity level is very low then, Sumit Ray, who heads the critical care unit at Sir Ganga Ram Hospital, told IANS. (Read: Chikungunya fever how is it different from dengue fever and malaria?) 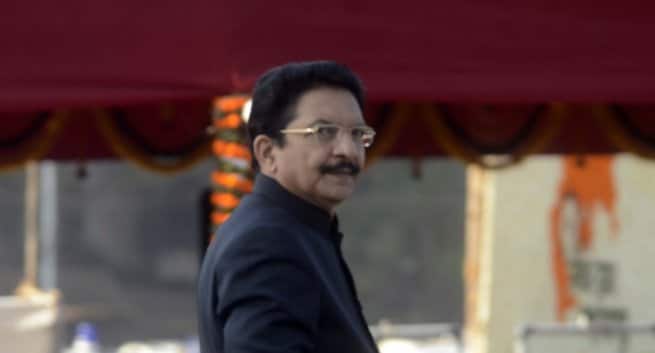