‘Nightmare bacteria’ spreading in US

Doctors at the Centers for Disease Control and Prevention (CDC) said that deadly infections from bacteria that have become resistant to antibiotics are on the rise in the US. They urged hospitals and

Doctors at the Centers for Disease Control and Prevention (CDC) said that deadly infections from bacteria that have become resistant to antibiotics are on the rise in the US. They urged hospitals and health care workers to take immediate action to protect patients. Also Read - Should you sanitize or disinfect? Here’s what you should know about using them

‘Our strongest antibiotics don’t work and patients are left with potentially untreatable infections,’ said CDC Director Tom Frieden. ‘Doctors, hospital leaders, and public health must work together now to implement CDC’s ‘detect and protect’ strategy and stop these infections from spreading.’ Also Read - Dust in your home can make you antibiotic resistant

The germs – called carbapenem-resistant Enterobacteriaceae or CRE – are ‘nightmare bacteria’ and kill up to half of the patients who get bloodstream infections from them, said Frieden. They are resistant to a class of antibiotics known as carbapenem, often used as a last resort to fight resistant bacterial infections. CRE normally live in the digestive system, but over the past decade they have become resistant to antibiotics and can transfer that resistance to other bacteria. Infections don’t currently occur in healthy patients, but people who need breathing machines, urinary or intravenous catheters or take certain antibiotics long-term are most at risk, according to the CDC. So far, CRE has been found only in hospitals or nursing homes. Also Read - Antibiotic resistance: Your kitchen sponge could be the new weapon against it

In the first half of 2012, at least 200 health care facilities reported at least one patient with CRE, said the CDC. The bacteria are generally transmitted from person to person, often on the hands of health care workers, and can be carried from one facility to another. ‘We have seen in outbreak after outbreak that when facilities and regions follow CDC’s prevention guidelines, CRE can be controlled and even stopped,’ said Michael Bell, acting director of the CDC’s Division of Health Care Quality Promotion. ‘As trusted health care providers, it is our responsibility to prevent further spread of these deadly bacteria.’

Recommendations include grouping patients with CRE together, dedicating specific staff and equipment for CRE patients, and implementing an alert system when CRE patients are transferred to different facilities.

According to Costi Sifri, an infectious disease physician and hospital epidemiologist at the University of Virginia Health System, when antibiotics no longer help, doctors are looking for other treatments, including surgery to cut out infected tissue, USA Today reported. The country could be entering the beginning of the ‘post-antibiotic era’, said Sifri. 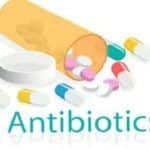