Home / Healthcare in India / Satyamev Jayate: Will we have any safe and potable water left?

Satyamev Jayate: Will we have any safe and potable water left?

Today's Satyamev Jayate episode dealt with the dire water situation in the county. Despite India being one of the cradles of civilisation (The Indus Valley Civilisation) and lying in one of the most 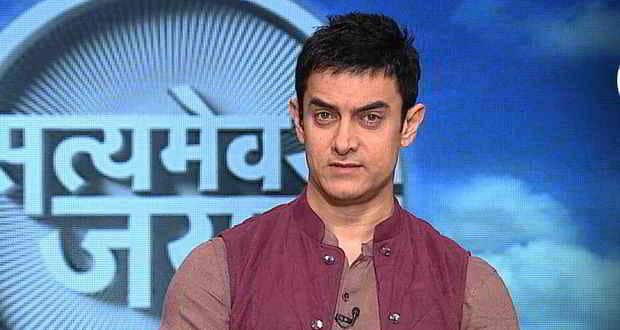 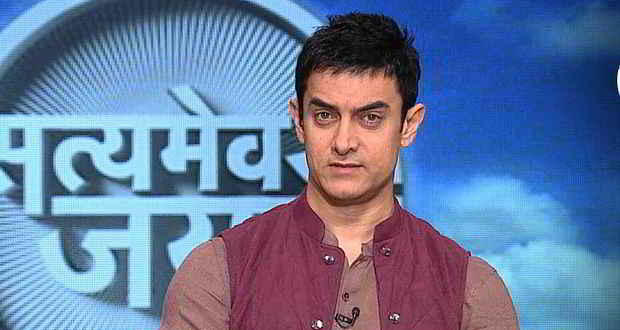 Today’s Satyamev Jayate episode dealt with the dire water situation in the county. Despite India being one of the cradles of civilisation (The Indus Valley Civilisation) and lying in one of the most fertile and water-blessed regions in the world, water-scarcity is a constant problem here. Adding to the scarcity is the huge health problem we are all exposed to. With our main water sources – the rivers – going ‘dead’; our ground water getting infused with toxic elements like arsenic, cadmium and lead, we are now only seeing the tip of the iceberg when it comes to health hazards caused by non-potable water. Read on to find out more shocking facts revealed in this episode of Satyamev Jayate about the water we drink and how various individuals and communities are making their efforts for the cause. Also Read - 10 health risks of dehydration

To outline the apathy of the country, Aamir Khan threw light on the conditions in various villages across the country where water had become the difference between life and death. In villages, like Peepli and Bharghar, womenfolk walk hundreds of kilometres every day, under the scorching sun to get water every day to get water. Although villages have it bad, cities aren’t really oases either, with residents of Mumbai and Gurgaon speaking about their watery woes. Even posh localities like Delhi’s Vasant Vihar have these problems. Also Read - Don't you drink enough water? You may get erectile dysfunction

Aamir highlighted various incidents from across the country where water was the sole reason for dispute, states fighting each other about how much of the water was rightfully theirs.

Anupam Mishra, a leading environmentalist and water conservationist told us how during the British Raj, the Mysore kingdom had over 14,000 lakes but the British neglected them, charged for their use and let them go to waste. He reiterated how we needed to take care of our water sources. He also highlighted how we have made the ground porous and since the water table has depleted, we are drinking water infused with arsenic, cadmium and lead.

The plight of the Yamuna and the Ganga

The Satyamev Jayate team did a small survey on the major rivers in our country. Their findings were shocking. They found that the rivers despite being the only source of water were also the main waste disposal zone. Industrial waste, medical waste as well as the remnants of religious rites, find a home in these rivers we call our mother. Manoj Mishra from the Yamuna Jiye Abhyan spoke about the state of our rivers. He said that out of 1,400 km of the Yamuna, 800 km have been declared ‘dead’ . This stretch covers Panipath to Itwah. It provides water to Delhi and Mathura. He talked about how people who go to Vrindavan to purify their souls instead end up drinking and bathing in 100% sewage water.

The assembled audience was visibly shocked. Aamir pointed out that though there were laws in place that prohibited waste disposal, people often flouted these rules. He also talked about the factors that lead to a river being called ‘dead’. There are mainly 2 categories.

The DO in the Yamuna was found to be 0% while the coliform level was very high. The Ganga’s state is the same if not worse. In a stark contrast the Satyamev Jayate team outlined how due to stringent laws, rivers abroad such as the Thames, Danube, Charles, the Singapore river and Mare Darling were pristine and had managed to preserve their cleanliness.

Ravi Agarwal from ‘Toxic Link’ pointed out the health hazards of polluted water. He said that even if we clean the water that has been polluted with industrial wastes it is impossible to remove the heavy metal content from the water. He said that in Delhi and Banaras the level of lead in spinach was found to be so high that it was inedible. Lead is toxic for a child’s brain and central nervous system. Another toxic element, mercury can be transferred from mother to a child’s womb or through breastfeeding. Factories too don’t go to pains for waste disposal because of the added cost. They simply use the method of ground water injection which causes almost 40 km of water to get contaminated.

The show then highlighted the efforts of various communities and individuals who wanted to fight this problem. Narsingh Bondapa put up small dams and reservoirs in their village to collect water which provided for the village and its neighbours. Hanumanth Kendre from Nagdarwadi village started rainwater harvesting and made small reservoirs whereas Hiware Bazare stopped using tube wells.

Another village, Nalagonda started growing crops which required less water. Ramanathapuram in Tamil Nadu cleaned up its reservoirs and lakes and managed to refill depleted water levels within one rainfall sessions.

The practice of rain water harvesting was made compulsory by the Chennai government under the supervision of IAS officer Shanta Sheela Nair. She enforced the law that within a year all houses and industries had to install rain water harvesting systems. Even though there was resistance the move has shown a lot of improvement in Chennai’s water woes.

Another example was of Navin Chandra from Sea line society, Mumbai who installed rain water harvesting units and now 40% of his society’s water comes from rain water. He claims the system is self-sustaining and will last for five years. In the end Aamir, evoked the example of frogs who die when placed in slowly heated water and pointed out we were like the frog and unless we woke up to our water issues we’d all die. Water resources need to be restored and rescued by one and all.

Uddhav Thackeray to be discharged on Monday