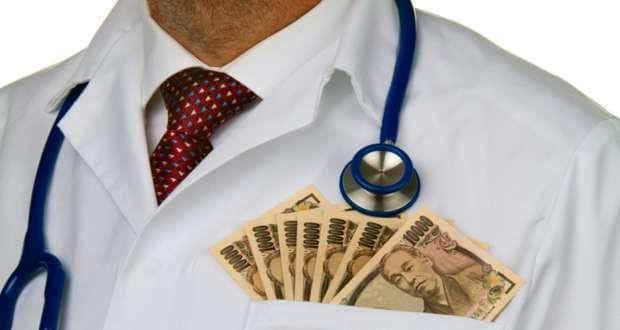 In a move to discourage the rampant frequency with which untested drugs are released in India, all pharmaceutical companies that conduct clinical trials will have to register internal ethics committees. The latest gazette notification made it compulsory for all pharma companies to register ethical companies which will comprise of seven members along with a chairman who mustn't be a member of the clinical trials department. At present most ethics panels consist of people who usually have conflicts of interest with study sponsors. In fact, in some cases the clinical trial investigators were even part of the ethics committee!

The health ministry has also formed two expert panels for the approval of trials of new drugs and fixed dose combinations. All these developments are part of the Health Ministry's move to clean up the mess that the country's premier drug regulator body is in. Earlier, the Supreme Court had slammed the Centre for not reining in illegal trials which were creating havoc in the country.

'This is the first time ethics committees will have to report serious, adverse events to the drug controller, and informed consent forms will also be reviewed. These regulatory and monitoring norms should have been in place all along,' said Anand Rai, an Indore-based activist and a petitioner in the Supreme Court case on clinical trials. 'I hope the government can address concerns raised by the victims who have suffered in the absence of these basic regulatory norms. Besides deciding on compensation and redressal of victims' concerns, doctors who violated ethical practices should also be punished to send a strong message,' Rai said.

Here are some of the older skeletons from the DCGI's closet:

Too many drugs being approved: 'On an average, the DCGI (Drug Controller General of India) is approving one drug every month without trials. This cannot be in public interest by any stretch of imagination,' the panel observed. It also gave examples where the 'opinions of experts' were based simply on 'personal perception'. Some of the recommendations were so blatantly one-sided that it seemed like they were written by pharma companies.

Toofew qualified drug-inspectors:The standing committee had also lashed out at the lack of quality and quantity of drug inspectors. The Parliament Standing committee said it was absolutely irrational to give a pharmacy graduate who doesn't have any clinical or research experience the authority to approve drugs. The headquarters is staffed by four deputy DIs and five assistant drug controllers. These nine officers alone handle 20,000 applications, over 200 meetings, attend to 11,000 public/industry representatives, and respond to 700 Parliament questions and around 150 court cases annually.

Illegal tests: Recently, a PIL submitted to the SC suggested that big pharmaceuticals including GlaxoSmithKline and MSD had tested two HPV vaccines on almost 24,000 tribal girls in Andhra Pradesh and Gujarat. The SC had also pointed out the government's failure to halt unethical clinical trials by multinational drug companies on Indian patients who were used as 'guinea pigs'. Referring to a May 2012 report of the Parliamentary Standing Committee on health and family welfare, judges R.M. Lodha and Anil R. Dave said 'it really pains us that illiterate people and children of India are being used as guinea pigs by the multinational drug companies'.

Given India's current status as the generic drugs capital of the world, with millions of patients the government's dream of Universal Health Coverage can't be achieved without an uncorrupted, untainted, efficient and transparent drug body regulator.