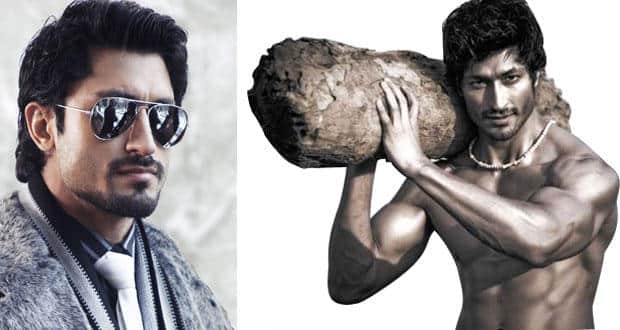 Vidyut Jamwal who made waves in the industry as the bad guy in the movie Force is all set to debut as an action hero in his next film Commando. Apart from his performance, he also got noticed by the industry for his physique which was at par with the hero of the film, John Abraham.

Vidyut recently confessed that he owed his fit body to kalaripayattu, an ancient Indian martial art form which he mastered at a very young age. He also went around the world to take part in various martial arts competitions representing India. By the time he was 11, he'd been to almost 30 different countries for tournaments.

Vidyut's fitness regimen includes training early in the morning from 6 am to 11 am and then again from 5 pm to 9 pm. He does a mix of martial arts, kalaripayattu, gymnastics, jiu jitsu (a martial art and combat sport) and parkour (similar to street gymnastics with the aim to move as quickly and efficiently from one obstacle to the other using only one's body), at times creating innovative combinations by mixing different art forms. Surprisingly, he does not spend too much time in the gym and only goes there for strength training. He is a pure vegetarian and so eats four meals a day. Though he is not a follower of a strict diet, he believes in having a balanced yet tasty meal. He does avoid aerated drinks and oily food.

His fitness mantra is a simple one religiously do any physical activity that you love and it will make sure that you stay fit. It can be anything from swimming, badminton to kick-boxing.

Here is an actor who is truly inspiring when it comes to fitness. It is indeed refreshing to see someone who has a body so fit but does not follow the tried-and-tested gym sessions and diet that we usually hear about from most actors. Instead, he practises what he loves doing martial arts, which not only keep him fit but also very agile and flexible.