While cow s milk continues to be the preferred daily drink among most people in the world, it should be interesting to note that it is also one of the main reasons why people suffer from gas, bloating as well as indigestion. Most cows are injected with growth hormones, GMO feed, antibiotics as well as vaccinations which can have negative effects on human beings who consume it. Also Read - Eat 5 servings of fruits and vegetables every day: Live a longer and healthier life

Therefore, you should consider switching over to goat s milk, especially because it is organic and raw as well as being highly beneficial. Goats help produce around 2% of the milk supply in the world and it is also interesting to note that people who consume goat milk complain less of allergies as well as digestive problems. Also Read - Have blackcurrants daily to control your diabetes: A few interesting ways of adding it to your diet

Listed below are some of the main health benefits associated with drinking goat s milk:

Research has proven that goat s milk helps in reducing inflammation in the body. This is one of the main reasons why most people who drink goat s milk suffer less from bowel inflammation as opposed to drinking cow s milk. Therefore, a glass a day of goat s milk should do you a world of good. (Read: 9 food which help fight inflamation)

One of the other major benefits of goat s milk is that is resembles mother s milk quite closely as compared with cow s milk. Because it contain chemicals which make it resemble human milk, it becomes easier to digest and assimilate when consumed without you feeling too heavy.

It should be noted that cow s milk contain around 17% of fatty acids as compared to around 35% of fatty acids present in goat s milk, making it more nutritionally better and wholesome to consume. In fact, it should be interesting to note that 50% of people who are lactose intolerant to cow s milk find it easier to digest goat s milk, especially when it is raw and in an organic form. Therefore, this is another good reason why you should switch to goat s milk.

Most people tend to worry that you need cow s milk to increase your intake of calcium which then helps prevent bone loss. However, goat s milk also offers a rich amount of calcium, as well as amino acid tryptophan, while also preventing side effects as opposed to consuming cow s milk. Therefore, it is one of the foods which are high in calcium and beneficial to you.

It should be noted that in naturopathic medicine, goats are known as bioorganic sodium animals. Also, they are associated with vigour and vitality. While on the other hand, cows are known as calcium animals and are heavy. Bioorganic sodium is known as an important element which helps keep joints active and agile, thereby giving you more energy throughout the day. Goat milk has been used for medicinal purposes to nourish and regenerate the nervous system when it is over burdened with worry. Goat s milk is also rich in a number of beneficial nutrients which helps sustain the human body. It therefore takes care of close to 35% of your daily calcium needs when you consume one cup of it in the morning. Also, it is rich in riboflavin, and one cup of goat s milk contains 20.0% of what we needs on a daily basis. That is not the end of it, goat s milk is also rich in phosphorous, Vitamin B12, protein and potassium. In fact, Gandhi would consume a large glass of raw goat s milk to replenish his system after a tiring day out.

Cow s milk is full of bovine growth hormones in addition to a substance contained in it called bovine somatotropin – a hormone which helps increase milk production in a way that is unnatural. However, it should be noted that goat s milk rarely contain these substances. Therefore, this is the main reason why you should be sticking to goat s milk as opposed to cow s milk because the former is less toxic.

Gives your immune system a boost

Goat s milk contains a trace mineral known as selenium which is an essential mineral in ensuring that the immune system remains strong and functioning normally. Therefore, it is highly recommended that people consume goat s milk. (Read: 5 tips to boost your immune system this winter) 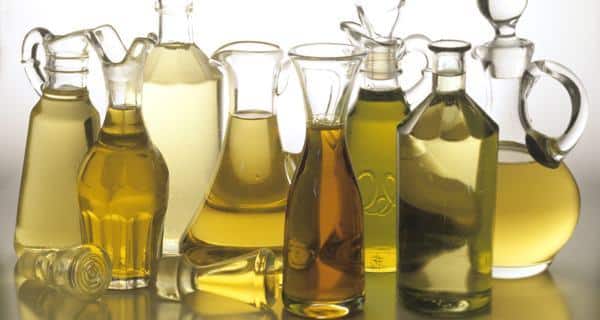 Refined oil VS Filtered oil – which is healthier? 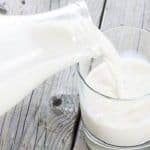 Why you must have milk before going to bed 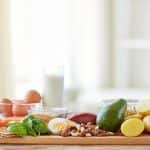 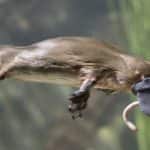 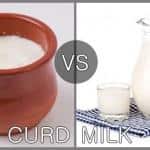 Milk or Curd – which is healthier?