Thor 2: How Chris Hemsworth bulked up to play the Norse god – again!

Find out how Chris Hemsworth got ripped to play Thor.

Marvel honchos Stan Lee, Larry Lieber and Jack Kirby created  the comic character  because they needed to create a character who would be stronger than the strongest person in the world – the Hulk. Thor is based on the mythological Norse god of the same name. Stan Lee said in 2002, ‘It finally came to me: Don’t make him human — make him a god.’ Now imagine the pressure of playing that god onscreen, a man who would be physically capable of taking on the Hulk and you understand the pressure that Chris Hemsworth faced to play that character. Also Read - Taapsee Pannu's nutritionist spill the beans on her shredding diet for "Rashmi Rocket"

And bulking up wasn’t easy for Hemsworth, a naturally slim guy who surfed, but he packed on the pounds for Thor and again for the sequel Thor 2: The Dark World. So we present the Thor Workout. Also Read - Kiren Rijiju and Shilpa Shetty share skipping rope videos: Here’s why you should practise this fun workout during quarantine

Workout of the Gods Also Read - Alia Bhatt is taking up a 40-day challenge: Try her regular workout regime to get in shape

Playing Thor was not all about building muscle and looking big for Chris Hemsworth. He had to be flexible enough to swing his hammer Mjolnir and look menacing too. To do this, he practised boxing and Muay Thai which wasn’t something new for him. However, all the muscle that he put on for the role involved a lot of weight training. And, it wasn’t something the Australian actor was used to. He was into surfing and other sports which kept him fit. In an interview with AskMen, he said, ‘Early on, when my name first came up for the part, I read the blogs and comments of fans saying, ‘He’s too skinny. He’ll never be able to do it.’ That provided the motivation to get into the gym and prove them wrong. In fact, preparing for the role was harder work than the shoot itself. [The routine] was nothing fancy. It was a lot of old-fashioned bodybuilding and force-fed nutrition. We used a lot of pulling exercises, and Kenneth set up a wood-chopping area for me to prepare. Those were important to wield the hammer correctly. We would also add yoga work for flexibility.’ (Read: Man of Steel: How Henry Cavill got in shape with the Superman Workout)

The Thor Workout consists of two parts. Part 1 is where he bulked up for the role and Part 2 is where he lost the excess fat.

– Repeat for weeks five to eight

Session one – chest and back:

In any workout, doing the right exercise is just half the battle won. Eating the right grub is equally important. Chris Hemsworth had to keep a close eye on his diet and eat a lot in order to play The Norse God of Thunder. In an interview with Men’s Health, he said, ‘I feel as if I’ve been busy, but all I’ve been doing is eating all day. Eating when you’re not hungry and taking in that amount of food is exhausting.’ So what did he eat? ‘For diet it was just a question of pounding a lot of protein and working it off.’, the Australian heartthrob said in an interview with AskMen.

The actor used protein supplements both before and after his workouts. Along with that, he also consumed natural sources of proteins like egg whites, chicken, fish and steak. For carbs, Chris stuck to fibrous carbs like spinach and broccoli and avoided starchy carbs like potatoes and rice.

One has to tip their hat to Hemsworth considering in the last three years he’s appeared in Thor (2011), The Avengers (2012), Rush (2013) and the second instalment of Thor. For the first two Marvel franchises, the actor needed to bulk up to play the Norse god and even briefly gave every Marvel fan boy their wet dream when he took on the Hulk in The Avengers. For Rush, to play charismatic playboy F1 racer Hunt he had to drop a lot of pounds and it wasn’t easy.

In an interview with Entertainment Weekly, he said, ‘I immediately went from weightlifting into cardio training and went from about 215 (97 kg) pounds to 185 pounds, which was a nasty thing to do. I’d rather put on weight any time. I was basically underfed and over-trained for a number of months, which led to a pretty moody existence. My wife (Elsa Pataky) can tell you all about it. She was pregnant at the time and constantly reminded me that I had more symptoms of a pregnant woman than she did.’

Hemsworth seems to have mastered the art of bulking up to play a god with élan. In fact, we think he’d give the Hulk quite a run for his money. 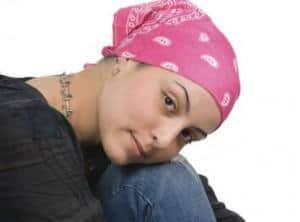