The 300 Workout: How Gerard Butler and co. went Spartan!

Find out more about the famous workout that shaped the bodies of Gerard Butler and his fellow Spartans in the movie, 300.

300 was a path-breaking movie in many ways – the CGI visual effects gave it a look so surreal that it was almost as if the pages of Frank Miller’s graphic novel had come to life. Based on the battle in which 300 Spartans led by King Leonidas (Gerard Butler)  take on over 300,000 army of Persian soldiers led by their God-king Xerxes (historical accuracy notwithstanding), the movie soon became a cult classic for various things but one thing which stood out more than ever was the ripped bodies of the actors playing the 300. Also Read - Taapsee Pannu's nutritionist spill the beans on her shredding diet for "Rashmi Rocket"

In order to convincingly pull off their parts, the actors went through an intense fitness regime for months and all of them achieved bodies that wouldn’t have been out of place in Sparta. Even the workout gained popularity among enthusiasts. Also Read - Can't fathom working out daily? Exercising once or twice a week is enough to meet your goals

So what is the 300 workout? Also Read - Kiren Rijiju and Shilpa Shetty share skipping rope videos: Here’s why you should practise this fun workout during quarantine

The programme was designed by Mark Twight, an avid mountain climber and founder of Gym Jones where he trains people who want to go beyond looking good and becoming extremely fit. His clients include soldiers, Brazilian Ju-Jitsu competitors, mountain climbers, athletes, sportsmen and other people who need to be extremely fit. Describing the 300 workout he said, ‘The first misconception is that we used a bodybuilding-type program of progressive overload and over-feeding with the goal of making the guys look huge. We took the opposite route of calorie restriction to make them look like they lived off the land, in the wild, all sinewy and ripped.’ The trainer pulled no punches and forced everyone to follow the same regime irrespective of whether they were actors or stuntmen!

The 300 workout is not for the faint-hearted. The much-publicised 300 Workout was actually a test after months of training to see if the actors had achieved their goals. It didn’t comprise of a usual bodybuilding regimen but instead adopted basic fitness tools like the medicine ball, kettle bells, rings, et all to give the actors a physique that made them look like they lived off the land!

How tough is it?

It is really tough, and you have to be extremely fit in order to do it. (Read: 10 awesome fitness workouts for the perfect you)

The 300 workout comprises of:

How to do the exercises?

Here’s how you do the exercises mentioned in the workout.

Pull ups: In order to do a pull-up, you need to stand straight with your arms fully extended and gripping the pull up bar. Then, as the name of the exercise suggests, pull up until your chin is above the bar. Now, release the pressure you’ve exerted on your muscles and bring it down slowly until your arms are once again fully extended.

Deadlift: The deadlift is a weight training exercise that is performed by lifting a static barbell (weighing 135 pounds for this workout) from the ground till your hip level and then lowering it to the shin.

Push-ups: Push-ups are performed by bringing the body up and down using your arms. You must make sure that your body remains straight and you don’t bend your knees or hip while performing the exercise.

Box jump: Box Jumps are performed by jumping up with both your feet onto a (in this case) 24 inch box, and then jumping back down on the floor.

Floor wipers:  Floor wipers are performed by keeping a barbell extended over your chest.  After that, you need to keep your legs straight and feet together. Once, in this position, lift your lower body diagonally moving your shins towards the left side of the bar. After this, lower them down again within a few inches of the ground and repeat the diagonal motion on the right side.

Gerard Butler, the actor who played King Leonidas said in an interview, ’Pretty much anything Mark Twight offered up was so difficult in the kind of way where you wish you had never been born – and even more than that, wished he had never been born.’

The guys worked out for 10-12 hours a day, 5 days a week for four months. The workout was constantly challenging and aimed to improve holistic fitness. At the end of 4 months, only 17 managed to complete the workout which was 50% of the program’s total strength! Others improved their fitness levels and boy the actors did look extremely ripped so much so that their looks were derided by some critics with one commentator saying that it looked like the Spartans ‘had access to better health clubs’! All said and done the workout is downright brutal and should only be attempted by people who are at the peak of their condition! 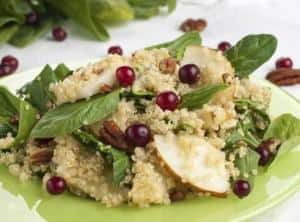 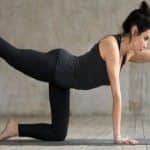 Easy floor workouts to lose stubborn back fat at home 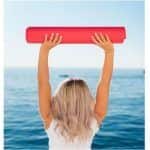 4 strength-building workouts that you can perform with household items