Home / Fitness / The 10 most inspiring training videos from movies ever!

The 10 most inspiring training videos from movies ever!

Here are in our humble opinion, the top 10 training montages from Hollywood and Bollywood films! 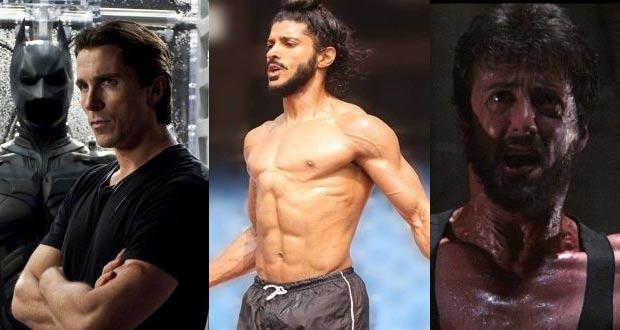 There’s something insanely inspirational about training montages from movies. Just watching them can pump you up and get you excited about your next workout. Here are in our humble opinion, the top 10 training montages from Hollywood and Bollywood films: Also Read - Want to box like Farhan Akhtar? It will tone your body and boost health too

Bhaag Milkha Bhaag (2013) Also Read - Real life story: Vijay Nallawala talks to us about the highs and lows of bipolar disorder and how he triumphed over it

Milkha Singh’s biopic Bhaag Milkha Bhaag was an inspired movie and perhaps the most amazing sequence was Milkha’s training scene. Be it running with a tyre tied around his waist under the hot sun, skipping with sand bags tied around the ankles or doing crunches in the rain when others ran to find shelter, the training montage from the movie where Farhan Akhtar’s body transforms into a more ripped version is cinema gold. Also, it probably made every woman drool with anticipation while making every man in the theatre feel inadequate about his body.

Rocky was Sylvester Stallone’s brainchild and he fight long and hard with studios to convince them to let him play the lead. While each film has some classic training montages, our pick would be the one from Rocky IV where Rocky undergoes hardcore exercises with whatever he could lay his hands on while his Soviet rival Drago has all the latest equipment and technology to help him out. The scene captures the emotion of Rocky being the underdog perfectly.

Aamir Khan’s coming-of-age story was a remarkable movie, despite being a copy of 1979 Hollywood movie Breaking Away. The film saw Aamir take his older brother’s place for the annual cycle race and then train hard to get in shape. The training montage has everything – running, crunching drills, cycling with rocks tied around the leg and the whole shebang.

‘It is our light, not our darkness, that most frightens us.’ Another coming of age movie in which Samuel Jackson takes over as basketball coach at a school where children are likelier to go to jail than college, Coach Carter whips his boys into shape teaching them that there’s far more to life than just sports. If you intensely look at the training montage of the epic Hollywood flick Coach Carter, it shows besides training, growing beyond one’s own ego and pride will help you win matches. He teaches the bunch of misfits how to play together as a team and also puts them through drills so tough that it will make you cry.

Po the panda is everything a kung fu master is not – he’s big, fat and can’t even bend down to touch his toes or even see them. However, Kung Fu Panda teaches us that no matter who you are or how much you weight, if you have a heart full of willingness then you can be anything you want to be. Also you need a master to realize you’re different as Shifu realizes that Po can’t be taught kung fu like the rest of the characters. He instead uses food as a stimulus and what we end up with are some of the most amazing training scenes we’ve ever seen – animation or otherwise.

Before he could become Batman, Bruce Wayne would have to overcome his fears and train his body so that no man could stand up against him. He also realizes that he needs to become feared and for that he needs to master the dark arts and learns sword fighting and other skills of stealth from Henri Ducard (played by a kickass Liam Neeson). While Bruce Wayne is set to sword battle on ice, the training scene is full of memorable quotes and valuable lessons. It is true that moments like this helped build Batman to his eventual expertise make it that much more inspirational.

While Robert De Niro has played some classic characters over the years, he will always be identified with Travis Bickle, the taxi driver who loses his head and becomes a vigilante to save a young prostitute. Realizing he hates the world, Travis Bickle starts training hard and gives us an epic training montage that includes clap push-ups and pull-ups. Like he says in the movie: ‘I gotta get in shape. Too much sitting has ruined my body. Too much abuse has gone on for too long. From now on there will be 50 pushups each morning, 50 pullups. There will be no more pills, no more bad food, no more destroyers of my body. From now on will be total organization. Every muscle must be tight.’

While boxing movies were big in the 80s and 90s, the 00s saw the craze for Mixed Martial Arts. Starring Sean Farris (who bizarrely looks like the lovechild of Cristiano Ronaldo and Tom Cruise), Never Back Down is a classic story in which the new kid on the block is bullied by the popular guy in school. They decide to settle their differences the way men do, by fighting it out. Here’s a training montage of the movie which sees Farris’s character being trained by his mentor.

Some would question the wisdom of having a sci-fi film in a list of training montages but it’s not just about lifting weights or running faster. Sometimes, you just go to control your mind. That’s what Jedi Grandmaster Yoda tries to teach young Luke Skywalker as he explains the ways of the force and demonstrates how to use it properly to young Skywalker.

The Karate Kid (the original one) was a revelation, where Mr Miyagi takes a bullied adolescent and teaches him karate so he can stand up to his bullies. At times, he makes his ward do things that seem important at all like painting and waxing, who can forget the immortal ‘Wax on, Wax off’ dialogue. And Daniel does learn the ways of karate as he stands up to the bullies who made his life hell by beating them.

So which is your favourite training montage? Tell us in our comments section. 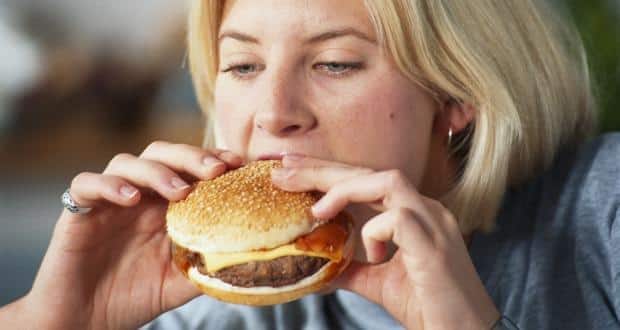 Food addiction, junk food regulation and life after weight loss (The best of weight loss stories on the web) 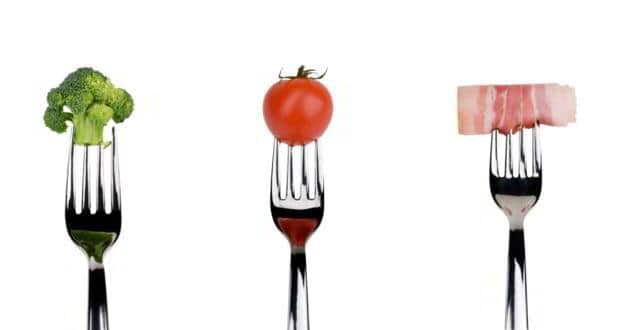 Portion control – tips to stop yourself from overeating