The only man to appear twice on the cover of Men's Health India, Sidharth Malhotra is one dishy dude. Check out his fitness and diet regime. 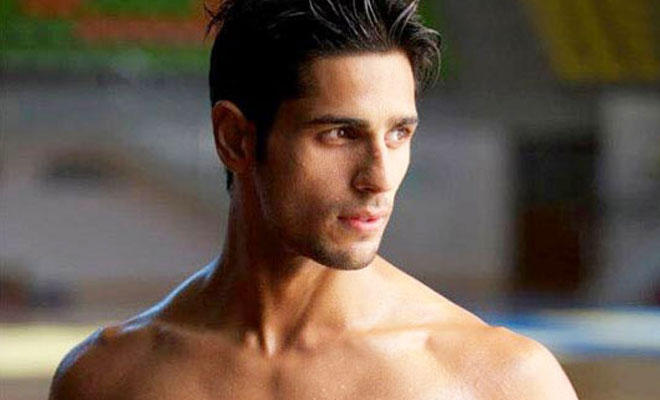 Sidharth Malhotra grabbed a million hearts with his ripped body and brattish behaviour in Student of the Year. According to an interview he gave Filmfare.com he’s a fitness freak but that shouldn’t come as a surprise considering he was a Men’s Health cover model in 2007 and is the only person to appear twice on the Men’s Health India covers. He said, ‘Like my dog Oscar, I’m hyper and feel restless when I don’t sweat it out. I need to do something to release all my pent up energy,’ he confesses. Now he’s all geared up to shock us in Ek Villain with his mean guy act and boy he does look amazingly ripped in the trailer. Sporting a body reminiscent of Brad Pitt in Fight Club, the actor looks all set to dazzle us in this movie which seems like a remake of South Korean film I Saw the Devil though director Mohit Suri denies this. While commenting on the film’s trailer is beyond the scope of this site, there’s no denying that Sidharth looks quite ripped in the film. Here’s a peek at his fitness regime: Also Read - Why weight loss was a challenge for Arjun Kapoor, Sara Ali Khan and Sonam Kapoor? 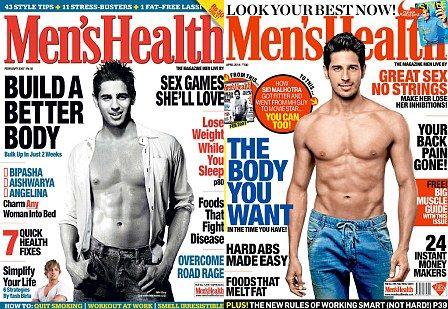 His trainer Satish Narkar told Filmfare.com: ‘Sidharth has a lean and muscular body. As an actor, he needs to dance and fight, so he needs to be light on his feet. He has a history of knee injuries. So I concentrate on flexibility and foot movements while training him. I educate him about his posture. Also, grasping the exercise is more important than just doing it for the sake of it.’ Also Read - This is how TV actor Vivek Dahiya stays fit

For his role in Ek Villain, he had to work hard on his physique to portray the intensity of the character. His trainer says that they train depending on the role and change the workout program every 3-4 weeks. The actor admits himself that it’s impossible to maintain those six-pack abs throughout the year. Instead of running on the treadmill, the actor prefers playing football whenever he can.

Like we mentioned before, his trainer keeps on switching his workouts every four weeks to keep him from getting bored. He begins his weight training sessions with 10-minute warm up exercises and combines weight training with swimming and running at least twice each week.

Despite being a hardcore non-veg Punjabi, the actor makes sure he only eats healthy food. He loves dark chocolate (healthier option, more antioxidants) and also eats jaggery instead of artificial sugar because it’s a healthier option. Other times whenever he craves something sweet, he has fruit though he avoids fruit juices. He points out that one glass of fruit juice, even a natural one, will have the contents of six oranges (which still is a lot of sugar) and no fibre. He doesn’t drink or smoke and sticks to organic or steamed food.

His diet plan depends on his workout but generally has a good amount of meat, chicken, fish and veggies and his meals have enough proteins, carbohydrates and fibre. He also drinks protein shakes and makes sure that he gets enough vitamins. The actor also claimed that having taken up working out seriously, he has newfound respect for the likes of Sanjay Dutt and Salman Khan who have been sporting such ripped bodies without the help of personal trainers and nutritionists all those years ago. 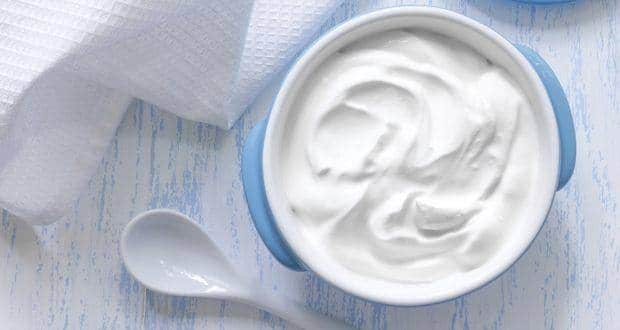