From 58 kgs to over 75 kgs, Ishita Singh gained around 17 kgs within a span of a few months. Here's how she got back to 63 kgs with yoga. 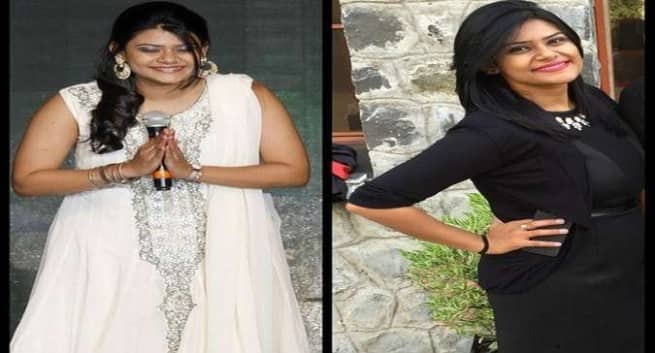 It s not just your genes or your eating habits that make you gain weight. Being on medications and not exercising can also add extra inches to your waist. And this is what happened to Ishita Singh, who met with a serious accident on 2nd May, 2014. She had to spend 32 days in hospital following 5 surgeries and then another 5 months of bed rest. This was the time when she had to take loads of medications, which made her put on weight in the next five months. From 58 kgs before the accident, Ishita was just over 75 kgs post six months of recovery, gaining 17 kgs in just a few months. But this didn t put her down. She decided to shed the flab and went on her weight loss journey. She ended up losing 12 kgs in 10 weeks only with yoga. Here is Ishita Singh s weight loss journey from 75 kgs to 63 kgs in 10 weeks, in her own words. Also Read - 10 reasons to start your day with Surya Namaskar

Also Read - Is your child suffering from schizophrenia? Take him to a yoga class

Running and exercising did not help me! Also Read - Here’s why kids must do Surya Namaskar every day

I started buying new clothes as the old ones couldn t fit me anymore. People had started commenting on how I had changed and become heavier, which only made the things worse as I would get depressed after such comments. I had a regular diet (the one I used to have before the accident). I tried to catch up on exercise and running, but all in vain. And then I tried my hands at gymming, which I hated to the core.

After all the failed attempts, it was my Mum who suggested yoga. A yoga enthusiast, my Mum introduced me to the world of yoga and meditation, which did the trick for me. And within a week, I lost around 1.2 kgs by yoga. Get inspired by the story of Subia Siddiqui — From 106 kgs to 73 kgs in 6 months.

My day started at 6.30 am with two glasses of lukewarm water and 2 tablespoons of methi (soaked in water overnight). It was followed by an hour of yoga and 15 minutes of meditation. And after spending 10 hours at work, I used to brisk walk for 45 minutes every day after coming home. On some days, I even played an outdoor game for 45 minutes before dinner. I made it a point not to eat or drink anything after dinner except having water before hitting the sack.

My breakfast was of sprouts or fruits and lunch was a bowl of boiled vegetables or dal and fruits. On some days, I used to have it with rice or roti or bhelpuri but not every day. The dinner comprised two glasses of boiled bottle gourd juice with a pinch of salt, black pepper powder, dash of lime. I didn’t have snacks. I would drink 4 glasses of lukewarm water every day without fail and not eat anything after 8 at night (a must if you want to lose weight). You might feel very hungry during the initial days of starting on this meal plan but it works! If you can t resist the urge to drink tea or coffee, then have it without sugar.

How Yoga worked for me!

My fitness regime — I start with Vrikshasana for 1-2 minutes and then practise various yoga asanas like chakrasana, virabhadrasana, janusirsana, ardhya chandrasana and others for minimum 2 sets of 30 reps each for right and left parts of the body. Here are 10 yoga poses for beginners to get started!

Here is a pic of mine doing Chakrasana. 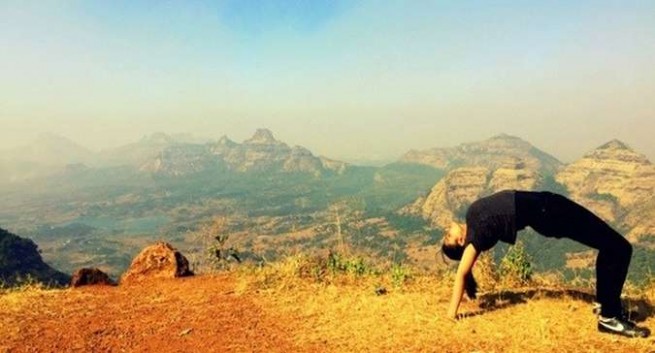 After this, I used to do Surya Namaskar, one thing that I swear by. Initially, I started with 10 reps, 20 reps, 35 reps, which slowly went up to 100 reps. Yes, 100 reps daily, which took around 40 -45 minutes. And I think this is what helped me to shed the kilos. After I got used to it, I began doing 50 reps of Surya Namaskar before doing the yoga poses and 50 reps after it. Initially, I used to feel giving it up as doing 100 Surya Namaskar plus yoga poses is not an easy task. I used to put Hanuman Chalisa on loop while doing Surya Namakar, which not only gave me strength but also helped me to push myself to achieve the feat. Here’s a step-by-step guide to do Surya Namaskar.

For cooling down, I used to do meditation and deep breathing for five minutes. Chanting OM every time I took a deep breath and chanting it longer than the last time till I completed 10 was the next step. Then, I used to lie down with my eyes closed and palms facing upwards. After two minutes, I used to rub my palms, place them on my eyes before slowly opening it.

Keeping track of my weight loss

I used to weigh myself every day, which only motivated me as I could see results. I lost 500 gms after my initial yoga session. This also helped me to stick to my diet plan and lose around 1 1.5 kgs within a week. And to my surprise, I lost 5 kgs within a month. But the real trouble started after a month as my weight was constant for two weeks. I push myself even harder in terms of exercising and diet but even that failed to show results. But things started to change slowly. So don t lose hope as it will work eventually and remember to focus on inch loss and not weight. Not just weight loss, yoga has strengthened me emotionally, mentally and also physically. And this is the reason, that I am 63 kgs now.

My tip for people trying to lose weight

Never say tomorrow. It is always TODAY as tomorrow never comes. You can start by taking deep breaths for 5 10 minutes by sitting on a chair, floor or bed.

If this helped you, do share your real life weight loss stories in the comments below. Also read about how Charu Nagpal lost 21 kgs in 4 years just by running. 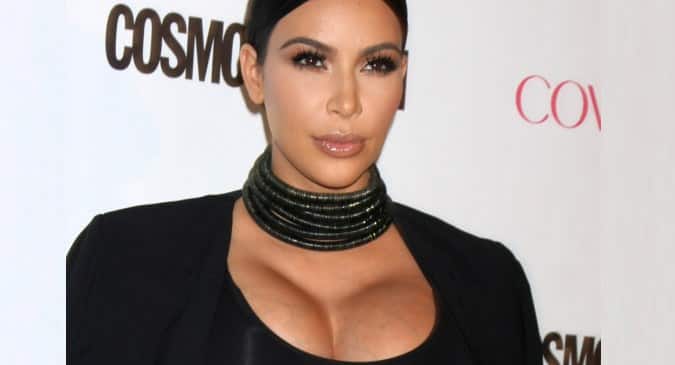 Kim Kardashian was held at gunpoint and robbed in Paris. How safe are YOU? 5 ways (other than physical attack) to help yourself in such situations 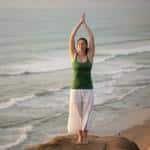 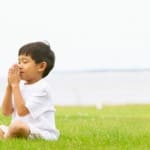 Is your child suffering from schizophrenia? Take him to a yoga class 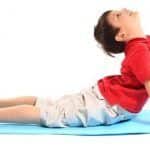 Here’s why kids must do Surya Namaskar every day 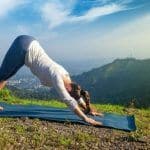 Get in sync with your body by simply performing Surya Namaskar 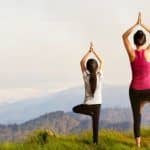