Read how Ankur transformed his body and what inspired him to do so. 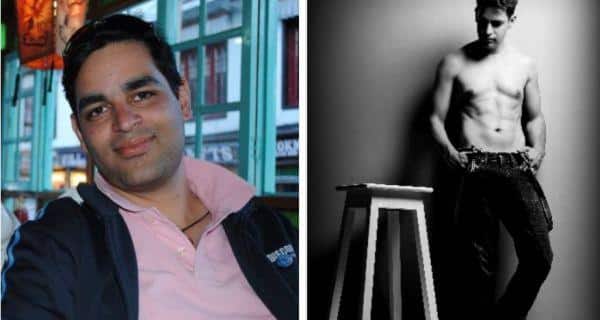 There’s nothing on this earth that cannot be achieved with a little determination; be it wanting to achieve a career goal or a weight loss goal. The journey of achieving both these goals can be a fascinating roller coaster ride. But, the results are always satisfying. Also Read - 4 powerful yoga asanas to build six-pack abs quickly and safely

Here’s the story of Ankur Warikoo, a common man like you and me, with extraordinary dreams. He had everything he always wanted, a job he was passionate about, a career he always dreamt of; there was nothing more he could ask for. But the only thing that took a back seat was his health. At 87 kg. He decided it was enough and started his life-changing journey. Also Read - What do visible abs actually say about someone's fitness

Going from being overweight to building a perfectly chiselled body, Ankur has achieved his goal of having six-pack abs in about a year and a half. Ankur was kind enough to share his weight loss story with me, and I am more than glad to share it so that we all can get inspired to stay fit and embark on a journey towards a healthy lifestyle.

The turning point in Ankur’s life

In 2012, when he was 32, Ankur was diagnosed with AVN – Avascular Necrosis, where the cells of the bone slowly die due to lack of or hindered blood supply. The surgery for this condition put him on bed-rest for around three months, followed by spending the next five months on crutches. It was then that he decided to give it back to life and reclaim his victory over those crutches. He decided to run the Delhi half marathon which meant he had to run 21 km in three hours. You may like to read things you need to do before starting a fitness regime.

A video that changed his life

Running the half marathon meant he had to start training to run those 21 km and lose that excess weight. Three months on the bed and the next five on crutches added excess weight to his body. He put on weight, and almost gave up on his dream of running the marathon until he saw this video that changed his outlook towards life. When he started training, he could hardly manage to run for 5 minutes. Like many of us he hated waking up early at 5.45 AM and training with weights in the gym. But, he says the only thing that kept him going was that video.

The line in this motivational video that inspired him reads,’ In life it’s not the most genetic person who wins or the guy who has the most potential to win. It’s the person with perseverance who wins. Always wants to get up and go at it again. That’s the guy you need to be.’ He watches this video every day. Here are 5 tips to motivate yourself to work out harder.

Months passed by, and he slowly kept improving his stamina. At the end of September 2013, he ran his first five kilometres in one go which was followed by seven kilometres in October 2013. His weight by now had reduced to 80 kg; he had lost close to 7 kg. It was a big achievement for him, not only physically but also mentally. The marathon was scheduled on December 15, 2013, but by the tenth of that month he had only managed to run 14 km in one go. However, on the day of the marathon, putting all obstacles behind he managed to complete his marathon and ran a distance of 21 km in 2 hrs 36 mins at an average speed of 8.07 KMPH.

By then, Ankur had managed to shed some weight and get in shape. He now weighed 79 kg, but his post marathon celebrations managed to reverse his efforts and his weight again climbed to 82 kg. It was then that he decided to take control once again and set a new goal.

Ankur desired a well-toned and sculpted body. ‘I decided to go for a 6-pack-abs regime, reducing my body fat and building muscles instead,’ he said. He set his target weight to 75 kg. ‘I didn’t want just to lose weight, but do it in a manner that was fit and sustainable,’ he said. In January 2014, he started training and followed a healthy diet for the next five months that transformed his life.

How he did it

‘The first month was the toughest — both at the gym and following the diet plan. However, I was amazed at how adaptable our body is. Once you train it right, it listens to you as a slave!’ he added. However, he lost his next month due to travelling. He didn’t work out, but he stuck to his diet and managed to maintain his weight. We asked what prepared him to keep going in a situation like this. His answer was simple, ‘I think what always stood by me was the determination that the six packs are completely in my control. I am the only one responsible for getting them or not. And that kind of control works for me as an individual.’

By the time it was May, his body weight had reached a plateau. It was difficult to burn more fat. But by June, his efforts had started showing, his body fat percentage was down to 12% and his first two abs were visible. Now was the time he had to work a little more to achieve the next four packs. By the end of that month, he had cut down his salt intake. His weight had reached 72 kg and body fat was down to 10%. His six-pack abs had started showing. He had over-achieved his target, from wanting to be 75 kg to now being 72 kg.

His reward for himself

A photo shoot. Yes, what a better way to treat yourself after achieving what you wanted so badly? On a day before his shoot in July 2014, he weighed 69.4 kg, and his body fat was 8.3%. But this achievement didn’t stop him from working out on the day of his shoot. He worked out for two hours before his shoot and it is clear from his photograph what he has achieved. 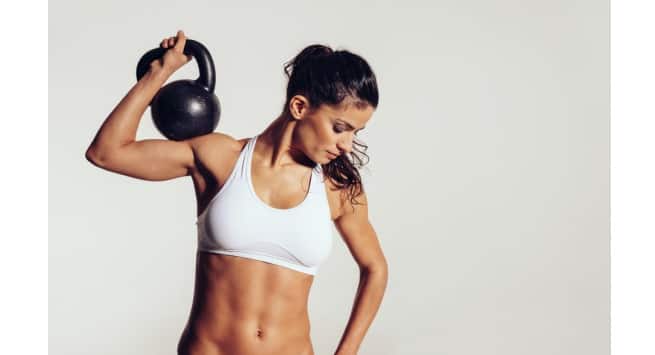 4 accessories you must consider buying before joining a gym 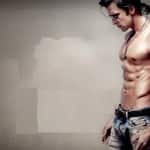 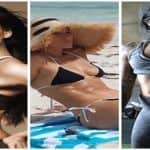