Did you know all martial art forms are derived from Kalariyapattu? Theatre practitioner and Kalari artist Arpit Singh explains more about the art. 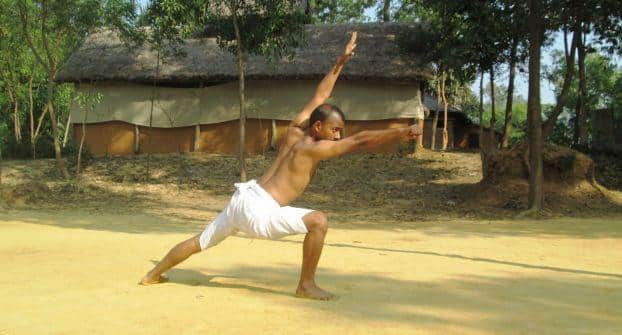 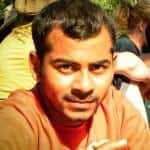 Kalaripayattu has its roots in Kerela. In Malayalam, Kalari means the fighting art of Kalari or battlefield in English and payat means training in art to combat. While most of its exercise techniques are based on the science of yoga, its medical treatments extract knowledge from Ayurveda. In this article, theatre practitioner and Kalaripayattu artist Arpit Singh, who himself is trained in the art form from Kerela, provides a deeper insight into the art form and reveals its relevance to Indians.

Kalaripayattu is the mother of all martial arts. It originated in southern India, and is believed to have been practised by Lord Prashuram, according to ancient literature. Over centuries, alongside combat techniques like Kalari, massage and Ayurveda developed, which resulted in its amalgamation. There are three main styles of Kalari --Central, Northern and Southern, practised in those parts of the country.

The Southern style has a learning process that begins with 30 basic forms. It involves a series of movements that cover four cardinal directions of nature and involves whole body movement. It emphasises the correct breathing techniques for each specific movement and posture. The aim is to develop the body in a way that its movements are controlled by a fully mature and alert mind. Kalaripayattu is no lesser than rhythmic dance if performed with attention.

Once the basic forms and breathing techniques are learned, the student begins to learn fighting with sticks, knives, swords, shields, fire, blocks of jumps and kicks for defence and attack.

How is it beneficial to health?

The basic learning process itself can transform you completely. You will experience improved strength, stamina, power, flexibility, mind-body coordination and core strength. Besides, by connecting with the movement, you'll achieve grace, calmness and peace of mind.

Considering the art requires a lot of strength, is there any age limitation to learn it?

No. There is no age bar to learn any form of martial arts. But the benefits derived from them will be different for different age groups. Kids can start learning at the age of 6 years but they will benefit in a much different way compared to adults. For kids, the main focus is increasing energy, stamina and flexibility. The art could serve as a medium to channelise their energy in the right direction because kids are more playful.

For performers and those who wish to learn every aspect of the art form, the benefits are much greater. It s between the age group 15-25 years that a person is capable of extracting maximum benefits from the art form.

Now-a-days, people work a lot and tend to lead a sedentary life. Such people need some form of physical activity the most. Kalari can serve as a mediator to lose weight, stay fit, even escape a stressful lifestyle and induce relaxation. It also helps energy sustenance and prevents risk of suffering from injuries later in life. Those above the age of 50 years can benefit a lot through the pain relieving ability of the art form.

What challenges might people face while performing Kalari for the first time?

The biggest challenge people face is commitment to learn the art. Many people start enthusiastically but then give up after realising that it entails a lot more physical and mental energy. What you should realise is that Kalari, being a martial art form, is going to be difficult in the beginning.

Initially, lack of energy and stamina issues will pull you down but the key is to stick to it if you want to derive the benefits you desire. Once your body becomes used to the rhythmic flow of movements in Kalari and your focus improves, you would be able to showcase rhythmic movements and flow without breaking them apart at a stretch.

Today's life is full of chaos, and people have forgotten what peace of mind and calmness actually feels like. They often find these movements meaningless and fail to connect with them naturally. Kalari is art form that is not confined to space. It s true essence cannot be felt unless the person connects to nature. Those who fail to understand this, often don t find the art interesting.

Why should anyone learn Kalari? What makes it relevant to Indians?

Be it lifestyle, eating habits or fitness forms, we Indians are more inclined towards the Western culture. Kids in India are made aware about Karate during their school days, while adults show keen interest in learning Capoiera and Tai Chi. But people hardly know about Kalaripayattu, the Indian martial art from which every other martial art form is derived. We should be proud to have preserved the knowledge so far and should continue to do so. Moreover, having originated in India, the essence of Kalari can be easily acquired by Indians. The art fits the Indian mind, body and soul perfectly.

About Arpit Singh: A theatre practitioner and Kalaripayattu artist, Arpit has been teaching his art form throughout India. His training with John Britton, Anil Alessandro, Guru P. Thankappan Assan, Abani Biswas and many more stalwarts has resulted in the creation of a unique movement, space and energy awareness programme. His interest in Kalaraipayattu has evolved after he trained in Kerala himself.