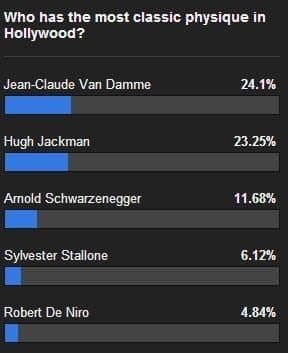 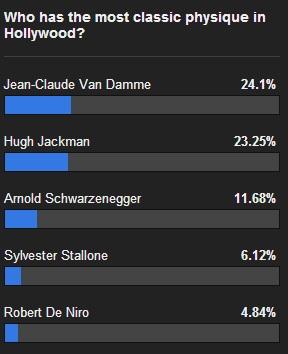 Over the years Hollywood has given us some of the most classic physiques that have inspired thousands to hit the gym. So we asked the users of TheHealthSite.com to tell us who they considered to have the most classic Hollywood physique and the winner was yesteryear’s action star Jean-Claude Van Damme (Bloodsport) who narrowly beat out Hugh Jackman (The Wolverine) to the top spot. Surprisingly, bodybuilding icon Arnold Schwarzenegger (The Terminator)  came in third, with Sylvester Stallone (Rocky) and Robert De Niro (Cape Fear) bringing up the rear. Also Read - This is how TV actor Vivek Dahiya stays fit

The greatest actor of his generation finished fifth on the list and it was his portrayal of deranged psychopath Max Cady in Cape Fear that got him to this position. To get in shape for the role, he worked out so hard that his body fat percentage dropped to single digits and he actually used to warm up with 50 pull-ups and 150 lunges for his workouts. Also Read - Actress Adah Sharma swears by Mallakhamb to stay fit

Rocky is such a classic movie that Sly’s portrayal of Rocky Balboa actually got him inducted into the Boxing Hall of Fame! Part of the holy trinity of classic action heroes (along with Arnie and Van Damme), Sylvester comes in fourth in our list.

The Governator comes in third and this can be seen as something of an upset because pretty much everyone expected him to win the whole thing. After all he was the one who paved the way for generations of action heroes who looked like bodybuilders. How ironic that he was once mocked for not having ‘classic hero’ looks.

We’re waiting with bated breath for X-Men: Days of the Future Past when Hugh Jackman’s Wolverine travels back in time to prevent a catastrophic future. The only currently active actor on the list, Hugh Jackman really pushed the envelope for Wolverine and embodied the brutal anti-hero onscreen.

And the winner is…

Jean-Claude Van Damme entered our consciousness with the brutal Kumite-fighting tournament called Bloodsport and in the movie had a physique that combined classic physique with kickass athleticism which made him seem like he was actually capable of beating everyone in a fight.

Exercises to lose weight from the arms 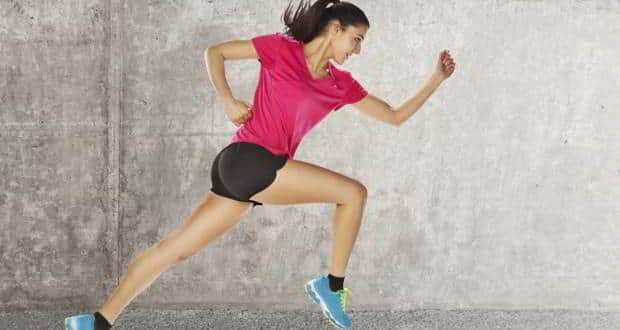 Run better with these 5 essential tips for beginners