Immunity-boosting foods that are available in India and easy on the pocket!

Here are some food items you can consume to improve your immunity without spending a bomb! 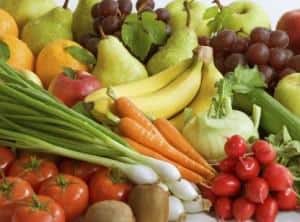 According to a recent study, it was found that resveratrol found in red grapes and blueberries helped improve immunity. However, are they easily available in India and affordable? Here are some more commonly available options which are easy on your pocket too:

Rich in beta carotene, these foods act on different components of the immune system and help the body fend off infection quite effectively. Eat them in a salad, make soups or smoothies!

A natural antioxidant, Vitamin C helps the white blood cells perform their function of responding quickly to infections and thus, has an immunity-enhancing action. Guavas also contain a lot of fiber which has a protective role against high cholesterol and heart disease.

Along with its action against bacterial and viral infections and anti-inflammatory activity, garlic has been known for its protective action against heart disease and high levels of blood cholesterol. In recent times, studies have been increasingly finding garlic plays a role in preventing cancers of different organs. Include a little crushed garlic in your cooking every day and the allicin it contains will keep your immune system up and running in perfect condition. (Read: 15 health benefits of garlic)

Flaxseed contains alpha-linolenic acid, omega-3 fatty acid and phytoestrogens called lignans all these ingredients are important in modulating the response of the immune system. By acting on the components that mediate the immune response, these compounds can help keep infections and autoimmune diseases away. (Read: How flaxseeds can help control diabetes, heart disease)

Turmeric contains vitamin B6 and a lot of minerals such as potassium, manganese and iron that play an important role in the functioning of different body systems. Besides, it also contains curcumin which has valuable antioxidant action and this enhances the functioning of the immune system.

You may have heard of yogurt as being good for digestion because it contains probiotics. Several studies have found that it can also improve immune function and protect the body against common bacterial and viral infections. This action is believed to be a result of yogurt's ability to stimulate the production of interferon a component that boosts the immune system's functioning. Some studies have also found that consuming yogurt daily can reduce your chances of developing vaginal yeast infections.

A lack of vitamin E can affect the immune system's ability to fight infections. Chew on a handful of almonds which are rich in vitamin E; this will keep your immune system running in smooth order.

Zinc is one of the minerals that is essential for the body to function at optimal levels. It helps the white blood cells perform their protective action against infections; it also plays an important role as a catalyst in the reactions of the immune system in destroying foreign organisms. Make sure you get enough zinc by including crab, oyster and red meat in your diet. Vegetarians especially are at risk of zinc deficiency; however, foods such as whole grains, beans and fortified cereals do contain zinc, so make sure you include these in your diet.

If you have always eaten green leafy vegetables out of compulsion, here is some news to make you love them. These leaf veggies are a rich source of folic acid which has an important role in the working of the immune system.Studies have found that people with deficiency of folic acid are unable to secrete necessary quantities of antibodies that have infection-fighting properties. Especially if you are pregnant or breastfeeding, make sure you get more of folic acid to supplement your body's increased requirement during these times.

Green tea is a potent source of antioxidants called the polyphenols especially catechins. Some studies have found that these have the ability to destroy the influenza or common cold virus. However, when you have green tea, it is important you leave the milk out because the proteins in milk will bind with the catechins, causing it to lose its antioxidant properties. Adding a little lemon or honey will not have such effects and can even improve palatability. (Read more: 10 ways green tea keeps you healthy and fit!)

Equestrian Pose (Ashwa Sanchalanasana): How To Practice, Benefits And Precautions

India Begins Investigation On Cough Syrups Linked To Deaths Of Children In The Gambia, Samples Sent For Testing

Maharashtra To Have Special Ambulances For NewBorns

Night-Flowering Jasmine: Health Benefits, Uses And Side Effects Of Parijat