The secret of actor Akkineni Nagarjuna's fitness even at 54 is healthy day-to-day habits that include the synergy of body and mind. 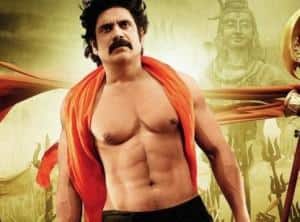 The secret of actor Akkineni Nagarjuna's fitness even at 54 is not a rigorous workout routine, but over two decades of regular exercise and pursuit of healthy day-to-day habits that include the synergy of body and mind.

'I don't believe in the concept of working out rigorously to pump muscles. It may be effective, but when you stop working out, it comes back to square one. I believe in long and consistent exercising which I have been doing religiously for nearly 25 years now,' Nagarjuna told IANS.

'I exercise six days a week for one hour in the morning. Besides regular exercising, one should also take care of his or her daily habits such as adequate sleep and drinking lots of water. Apart from that, I enjoy whatever I do. It helps me in having a sound mind which in turn helps me stay fit,' he added.

'First of all, I never diet because I'm a foodie and that's why I own two restaurants. When I have to build a muscular body, I hit the gym and prepare myself, but that doesn't stop me from exercising regularly. I distribute 25 percent to diet (healthy eating habits), 25 percent to regular workout and 50 percent to daily habits,' said the star.

Nag, as he is fondly called by his fans, celebrated his birthday on Aug 29. He may have turned a year older, but he says: 'Retirement is the last thing on my mind.'

'I don't think I will ever retire, but gradually like Amitji (Amitabh Bachchan), I will think of doing different kinds of roles. I will slowly start taking up roles where I don't have to single-handedly take the burden of a film on my shoulders like I'm doing now as a hero,' he said.

'I'm keen on doing strong character roles or even multistarrer films. I want to continue acting as long as I can because being on the sets is a big stress buster for me. I can't possibly think of stopping my visits to the sets because I'm old,' said Nagarjuna, who is awaiting the release of Telugu action-drama 'Bhai'.

'Bhai', directed by Veerabhadram, marks Nagarjuna's 96th film, and the actor is upbeat about touching the milestone century-mark.

'I think one of the reasons I haven't considered retiring yet from lead roles is I'm nearing my 100th film. I never thought I will do so many films in my career and when I'm finally almost close to it, why should I think of retiring. I may as well finish my 100th project and then think of what to do next,' he said.

In a career lasting over two decades, he has essayed varied roles such as an urban lover, a contract killer and a 15th century poet, among others, but he says one role that left a lasting impression on him was that of Shirdi Sai baba in 'Shirdi Sai', a 2012 Telugu biopic.

'I usually play a role and then forget it, but 'Shirdi Sai' was an uplifting experience. I wouldn't say it made me spiritual, but in a way it spiritually enlightened me from the inside. I read a lot of books on Shirdi Sai while preparing for the role, spoke to a lot of his avid devotees and in turn gained a lot of experience,' he said.

'The film helped me to look at things around from a new perspective. It was not just a film, but an experience I would remember for a very long time,' he added. (Also read: How can I get six-pack abs like Hrithik Roshan?)