How Rishi lost 40 kilos in 8 months will make you start exercising NOW!

Rishi Dev Ratan shares his story about how he lost 40 kilos in eight months without dieting and in a healthy way. Read and share if he has inspired you. 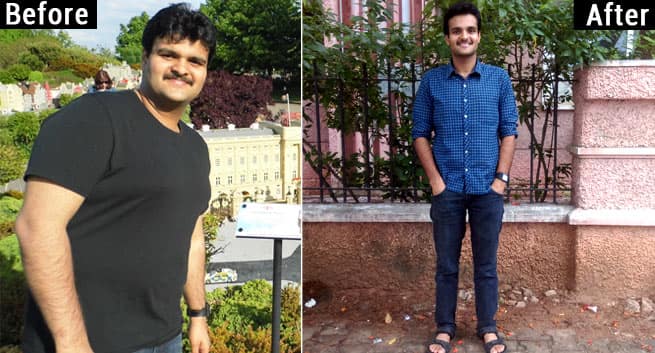 Read this in Hindi. Also Read - Stretch Whenever You Get A Chance: See Malaika Arora Stretching On board a Flight

A 23-year-old web analyst in Chennai, Rishi Dev Ratan, used to weight about 116 kilos. He has been obese since childhood but was a very active kid. No matter what he did, he was not able to lose weight. Even if he did lose a few kilos, he would gain it right back. He came across a programme in his gym called Olly Belly where they would document and broadcast on television the weight loss stories of people. ‘Some people lost 40 kilos in 100 days. They would go to the gym thrice a day, and would keep a track of how much weight you lose regularly. I signed up for the programme but chose to do it separately and not to get aired on television’, he recalls. Also Read - Fungal Infections On The Rise: Beware Of The Symptoms Of Fungal Sinusitis

‘Losing too much weight too quickly is unhealthy which is why I decided to take it slow. My doctor agreed with me on this. When I joined the programme, initially, they did few tests to find out how much I can run, my heart rate, intensity and so on. From the next day, they had set a workout plan for me to follow. Once I would achieve one level, the trainer would increase the intensity of my workouts. They also took it slow and didn’t rush into anything. I kept losing 5 kilos every month.’

‘The diet that they had planned for me was tough to follow. There was nothing in the list of foods that I used to eat at home. So it became difficult to follow the diet at home. I think in a few weeks I stopped dieting altogether. I just made sure that I ate less. If I felt tired, I would eat little, and if I binge ate, I will make sure I burnt those calories immediately.’

‘Just a few months before my weight loss plan started; I suffered a lumbar dysfunction while exercising and had to be treated for it. It took me about six months to recover from it. Every two months or so, I feel a similar pain in my calf because of which I have to slow down on my exercise routine.’

‘I have always been an obese kid and have always been trying to lose weight. But I was not one of those kids who would just sit on the couch the entire day and laze around. I was very active and used to play cricket in school and college. Being an athlete helped me lose weight eventually. I was not the kind of person who would need the motivation to run one more mile. My coach didn’t really have to work hard on me. I used to run at least seven kilometers. That’s when my coach asked me to participate in Wipro’s Chennai Marathon. I had three months to prepare for it.

Three times a week, I would run 10 kilometers, the other three days I used to do strength training. Eventually, I was able to run 17 kilometers. That’s when I realised that I was actually losing a lot of weight and so easily. My coach said ‘Don’t focus on losing weight. Just concentrate on the marathon and you’ll automatically lose weight. I think running helped me more than gymming to lose weight.’

‘I couldn’t follow the diet plan that my gym had made for me. What I did was consciously cut down on calories. I have stopped eating rice or any oily food completely. I have home cooked food like Rava dosa or chapatis. I also make sure that I eat my breakfast, lunch and dinner on time. I don’t wait for anyone to accompany me for any meals.’

Tips from Rishi to lose weight

Share this story with everyone you know to help them lose weight the healthy way.

TheHealthSite.com does not guarantee any weightloss through this method as the results may vary from person to person. We recommend you consult your nutritionist and physician before following any of the tips suggested here. 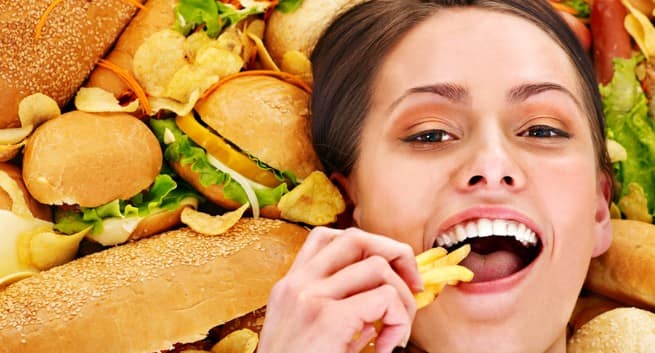 Should I eat junk food to gain weight? (Diet query) 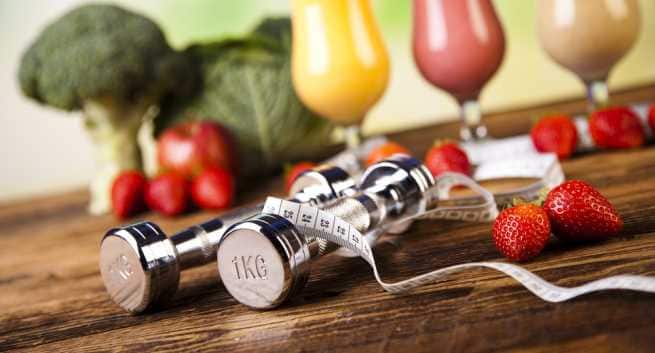 Fitness Plan Day 54: Perform exercises that help you lose weight and get toned