How Ranveer Singh got ripped for Ramleela! Learn from his fitness trainer Lloyd Stevens (Exclusive)

Ranveer got his Ramleela physique in a mere 6 weeks. Find out how he did it. 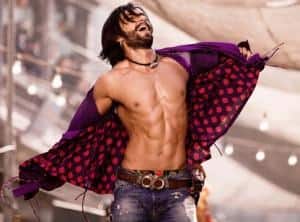 Apart from the sizzling chemistry between the lead pair Ranveer Singh and Deepika Padukone, the other thing that stood out in the teaser of 'Ramleela' was Ranveer's chiselled body. We spoke to his fitness trainer Lloyd Stevens who revealed all about his workout routine, diet, training method and so on.

Yes, Ranveer certainly had a decent physique during his first film; however, he suffered from a severe back injury whilst filming Lootera which put him out of action for several months so he was unable to train. This had an unfortunate effect on his physique leaving him out of the required shape he needed for Ramleela. When I arrived in Mumbai, we agreed that it was time to take Ranveer's physique to a new level which he had never experienced before and because of the hard work put in, the results were outstanding as you can see.

How did you train him for this look? What was his workout schedule like?

During the final three weeks of Ranveer's training I used DTP (Dramatic Transformation Principle) to put the finishing touches on his physique. DTP was developed by Kris Gethin (celeb trainer of Hrithik Roshan, John Abraham and editor-at-large of Bodybuilding.com) and involves a variety of rep ranges, weights, rest periods and techniques.

I also incorporated low intensity cardio into Ranveer's regime this was never more than 30-35 minutes a day depending on the exercise. Types of cardio used were swimming, fast walking, light jogging and occasionally the cross trainer. 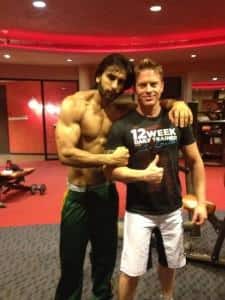 How long did it take you to get him in this avatar?

Originally, it was supposed to be within a 12-week period. However, thanks to the hard work he put in, we actually managed to achieve the look he required in just 6 weeks. From there onwards it was simply a matter maintaining his current physique.

Did he have any problem areas which required extra efforts from both of you?

There were no particular 'problem' areas as such, the main focus was to get Ranveer lean enough for the look he needed for his role. In fact, at one point, we had to regress slightly because his results were coming in faster than expected.

Diet too plays an essential part in getting so ripped. What food habits did he follow?

We kept the diet very simple. Ranveer had between 4-6 meals a day, all of which contained different protein sources such as turkey, fish and eggs. His carb intake varied depending on his progress and how he looked, so adjustments were made daily.

His carb sources were mainly sweet potato and green vegetables, along with fast-digesting carbs which included fruits or Vitargo (a patented molecular carbohydrate). 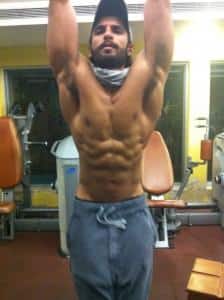 Did he have any cravings or any cheat days once in a while?

Ranveer did experience cravings at the beginning of the process which was inevitable because I removed all sugar and junk food consumption from his diet but as time went on, he adapted to the nutrition plan I set for him and coped with the cravings a lot better.

Due to the short amount of time we had to get Ranveer ready for particular scenes in Ramleela, I did not allow any cheat days.

How easy or difficult was it to train Ranveer?

Training Ranveer was a pleasure because he's a highly motivated and friendly character. We had a great trainer/client relationship which is highly important if you want to achieve great results because 100% commitment is required from both parties.

The most difficult aspect was his busy and hectic schedule which we had to work around. Some days, Ranveer would shoot for 18 hours and yet we still managed to fit in his training and nutrition requirements. 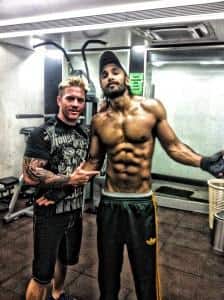 Any tips you would like to share with our readers on fitness and getting a ripped body?

If you want something bad enough, you will find a way, if not, you will always find an excuse. Be consistent with your training and nutrition, and most of all, be patient! Another piece of advice I always leave with my clients with is going to the gym for one hour a day is the easiest part of the process, it's what you do with the other 23 hours that matters!