In our previous article, How to get that Hollywood body, we told you the workout secrets of some of the hottest Hollywood actresses and what they did to keep in shape. Ramona Braganza, who has trained

In our previous article, How to get that Hollywood body, we told you the workout secrets of some of the hottest Hollywood actresses and what they did to keep in shape. Ramona Braganza, who has trained these celebs once again spills the beans (this time for men) on how she’s trained hotties like Bradley Cooper and others to shape their bodies for a character in their films. Also Read - Taapsee Pannu's nutritionist spill the beans on her shredding diet for "Rashmi Rocket"

How to get arms like Ryan Reynolds’ Also Read - Kiren Rijiju and Shilpa Shetty share skipping rope videos: Here’s why you should practise this fun workout during quarantine

Ryan is certainly very desirable and Ramona has played a part in getting him the body that many women desire in a man. She says, ‘I trained Ryan Reynolds to get ready for his role in Blade 3. He was very focused during his workouts and that paid off.’ To get arms like his, she recommends doing single arm dumbbell preacher curls on a bench as they isolate the biceps and by performing full range of motion, this exercise targets most of the bicep, increasing strength and size. Also Read - Alia Bhatt is taking up a 40-day challenge: Try her regular workout regime to get in shape

Dieting is 50 % responsible when it comes to showing off your eight-pack. Ramona worked with Bradley when he was shooting for the A team and his clean and lean diet helped him look gorgeous in the shirtless scene. During filming, he avoided processed foods, dairy and sauces. Increasing protein is vital and can be as simple as adding in a daily shake. All his hard work certainly paid off.

‘I trained Tom for several years during his role in the TV series Smallville. He has a great physique and to give him that Superman V-shaped look, we made sure to train shoulders and back with pull-ups,’ says Ramona. She advises that the trick when doing a pull-up is to use the eccentric phase of the exercise (the down part) to target lats and grow the muscles quicker. Try to get up and over the bar in one count but take three counts to lower. Another important factor is to perform pull-ups with an overhand grip. This way you use more of your back and shoulders rather letting biceps do all the work.

How to get a chiseled chest like Zac Efron’s

Zac is 100 % committed when he steps into a gym and he loves to train. To get that chiselled look like his in Charlie St Cloud, try this. Variety is key when growing muscles and while doing push-ups can become monotonous, mix things up – like changing the angle you perform push-ups at or even the number of push-ups you do. Try this warm-up. Start standing, then drop to the ground by doing a squat thrust and perform one push-up squat thrust to stand. Next, drop down and do the same but with two push-ups, return to stand. Continue all the way until you are doing 10 push-ups.

You might remember him as Qui-Gon  Jinn, the man who trained Obi-Wan Kenobi in Star Wars: Episode 1 or Ra’s al Ghul, the man who trained Batman in Batman Begins. ‘A former boxer, Liam Neeson has his favourite equipment he likes to use and when he steps into a gym he picks up kettlebells,’ divulges Ramona. Terrific for overall training, kettlebell swings burns fat and builds strength. It’s a great exercise for the glutes. Make sure you do the move correctly, focus on using the back of the body throughout the swing not the front. Keep your chest high and don’t forget to pop the hips at the top of the move.

‘Most guys overlook training legs yet it’s one of the best ways to get ripped overall. I gave Chris Evans this advice and this exercise when he was training for Fantastic Four,’ says Ramona. To help build overall leg strength, train core and most importantly to stimulate the release of the hormone testosterone, try performing walking lunges up a hill holding 12-15 kilo dumbbells. 20 steps will do but make sure you do this exercise three to four times. 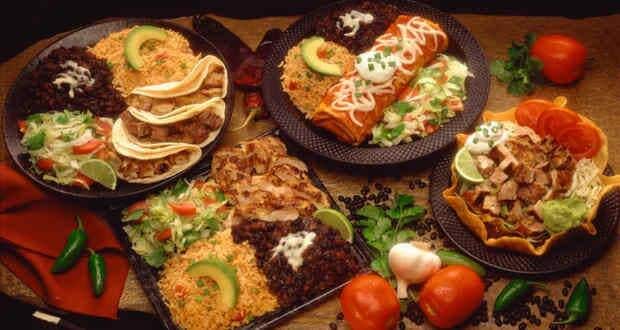 All foods have an ‘expiry date’

David Beckham retires – how did he stay at the top for so long?