A vegan diet can help reverse diabetes as it is low in fats and high in fibre. 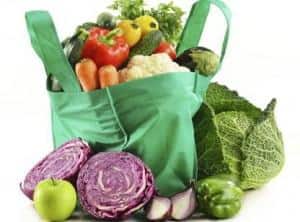 November 14 is World Diabetes Day, a fitting time to go vegan in order to prevent or even reverse type 2 diabetes, a disease that often afflicts overweight and inactive individuals and those who eat fatty animal-based foods. A long-term study from Harvard School of Public Health in America suggests that eating processed meats and red meat can increase one's risk for type 2 diabetes by as much as 50 per cent. (Read: Diabetes - symptoms, causes, diagnosis, treatment, complications)

Diabetes can cause heart disease, stroke, blindness, kidney failure, and pneumonia. It also leads to nerve damage and poor circulation in the feet and legs, which can ultimately lead to amputation of a toe, foot, or leg. (Read: Take a regular foot assessment if you have diabetes)

If you want to stay on your feet and out of the doctor's office, you should eat wholesome vegan foods rather than meat, eggs and dairy products. As a nutritionist and a longtime vegan, I know that vegan foods not only taste great, it is also cholesterol-free and generally low in fat and high in fibre and other essential nutrients. Studies show that vegans are less likely to have weight problems and suffer from diabetes, as well as heart disease, strokes and cancer. (Read: How I reversed my diabetes in 3 months)

A study led by Dr Neal Barnard, the president of The Physicians Committee for Responsible Medicine (PCRM) in Washington, DC, even showed that people with type 2 diabetes can significantly control the disease and lose weight just by going vegan. Dr Barnard divided volunteers with diabetes into two groups one was placed on the standard non-vegetarian diet prescribed by the American Diabetes Association (ADA), and the other was placed on a low-fat vegan diet. (Read: Which of these 10 early symptoms of diabetes do you have?)

43 per cent of the people who adhered to a low-fat vegan diet were able to cut back on their medications, compared to only 26 per cent of those who followed the diet recommended by the ADA. Those who ate the vegan diet also lost weight and lowered their cholesterol and their blood pressure.

If you have diabetes or feel you may be at risk of developing the disease, you may want to follow the guidelines in PCRM's Diet and Diabetes: Recipes for Success. It's especially wise to choose foods from the following four food groups:

Fruit: All except avocados, olives, pineapple, and watermelon. Bananas, apples, grapes, pears, peaches, oranges, melons, grapefruit, kiwi, and berries, among others, are all good choices.

These foods, as well as other versatile vegan staples, are not only healthy, they are relatively inexpensive compared to meat, eggs, and dairy products especially when you factor in the money you save on diabetes pills and other healthcare costs. PETA India offers free vegan recipes for people who want to take steps to prevent diabetes and other health conditions while helping animals and the environment at the same time. Here are a few recipes:

These are healthy, vegan versions of popular dishes which add taste and nutrition in your diet.

Bhuvaneshwari Gupta is a nutritionist and campaign coordinator with PETA India. One of PETA's founding principles is promoting a vegan lifestyle, and Gupta a professional nutritionist is at the helm of every project. Her tasks include everything from organising PETA's trademark public demonstrations to working with restaurants and other businesses to offer more vegan options to raising public awareness about the health, environmental and animal-related benefits of going vegan.