Home / Fitness / FIFA World Cup 2014: How the fiesta in Brazil could wreak your health

FIFA World Cup 2014: How the fiesta in Brazil could wreak your health

The greatest show on earth could be extremely detrimental to your health. Find out how. 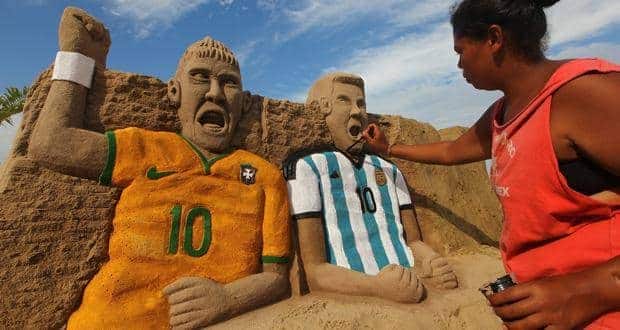 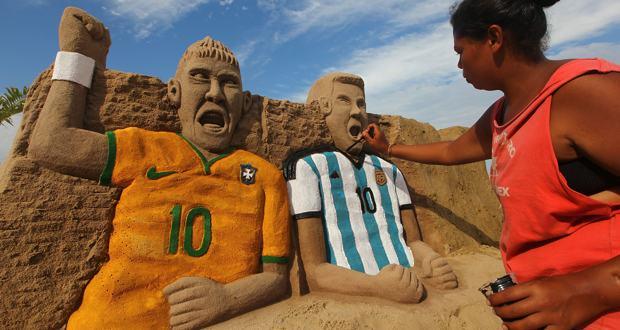 The greatest show on earth is about to start and the entire world is waiting with bated breath to see the likes of Cristiano Ronaldo, Lionel Messi and Neymar strut their stuff and take their place along the legends of the game. But for some this one-month fiesta could turn deadly. We absolutely hate to play spoilsport but with matches which will start at 11:30 and last till early morning, the World Cup at least for Indians will result in giving up some sleep and then they will then have to somehow get through their day at the office, school or college. Here are some ways the World Cup can be very dangerous for your health: Also Read - Avoid alcohol during Covid-19 vaccination: Experts explain why

The circadian rhythm or your internal body clock is regulated by structures in the brain and determines when you sleep and wake up. Our internal body clock controls our body temperature, blood pressure and release of hormones. Messing with this can be disastrous however and can lead to a variety of conditions like obesity and also cause other chronic conditions. Given that our clock tells us to sleep between midnight and early morning, watching the World Cup will cause some serious disruption which can result in a host of problems.

Bill Shankly, the legendary Liverpool manager once said: ‘Some people believe football is a matter of life and death, I am very disappointed with that attitude. I can assure you it is much, much more important than that.’ And it can actually kill people. ‘The biggest risk comes from emotional stress which builds up during the match,’ said Jean-Francois Toussaint, director of France’s Institute of Sport Biomedical Research and Epidemiology (IRMES). ‘The risk is naturally greater when a fan’s team loses rather than when it wins because the cumulative stress is negative.’

In fact, investigators found, out that local hospital admissions in Munich actually went up by 266% when German national team were playing during the 2006 World Cup which was hosted by Germany. And researchers at the University of Birmingham actually recommended that penalty shootouts be banned on public health grounds, after discovering that tally of heart attacks in Britain rose by 25% on the day England lost to Argentina in 1998 on penalty shootouts. Studies also found that domestic abuse went up when teams lost and Spanish researchers found that cortisol (hormone released during stress) levels of supporters went through the roof when the Netherlands were playing Spain in the final.

Most people in India will be watching the World Cup with their friends, which means that there will be lots of junk food like pizzas, burgers and French fries which are also designed to clog your arteries and give you heart trouble. And it gets worse, French scientists last year calculated that fans consumed nearly a fifth more calories after their team lost than after when it won. Intake of unhealthy saturated fats and added sugars rose by nearly half in calorie terms.

The suspected reason: when a favourite team loses, people feel an identity threat and are likelier to turn to comfort food to help them cope an exercise psychologists call ‘escape from self-awareness.’

A game of football is incomplete unless a copious amount of beer or other forms of alcohol are consumed and a month of heavy alcohol consumption which can be extremely dangerous for the supporters. Alcohol can wreak havoc with your health as it not only damages your liver but also causes fat gain. Here’s a table chart for you. And remember no one stops at one drink.

Also studies have shown that alcohol consumption actually increases fat gain. Bodybuilding.com editor-at-large Kris Gethin writes in his book, The Bodybuilding.com Guide to Your Best Body: ‘Alcohol, even antioxidant-rich red wine, has calories that do nothing to fuel your workouts and fuel only the fat deposits around your waist. Studies have shown that alcohol can increase cortisol levels, which promote fat gain, especially in the abdominal region which should definitely be avoided when you are looking to trim down.’ It also lowers our inhibitions which can lead to unsafe sex and binging.

Sex, too, is largely affected by football mania. Last year, doctors in Catalonia reported that local births rose by 16 percent nine months after Andres Iniesta scored a last-minute goal against Chelsea to give Barcelona a berth in the 2009 Champions League final. The infants have been dubbed the ‘Iniesta Generation’ by the Spanish press.

Similarly, worried about unsafe sex, British health watchdogs enlisted the help of a mascot called ‘Beer Goggles Johnny’ to advise fans heading to South Africa to stay safe. The cartoon character cautioned that being drunk alters perception of risk and of other people. Booze literally magnifies another person’s attractiveness, and sex without a condom could lead to HIV and other diseases.’No glove, No love,’ Beer Goggles Johnny reminded the fans. Read how to use a condom 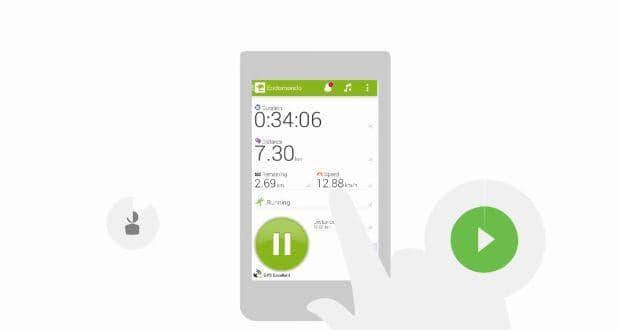 Fitness app of the day - Endomondo 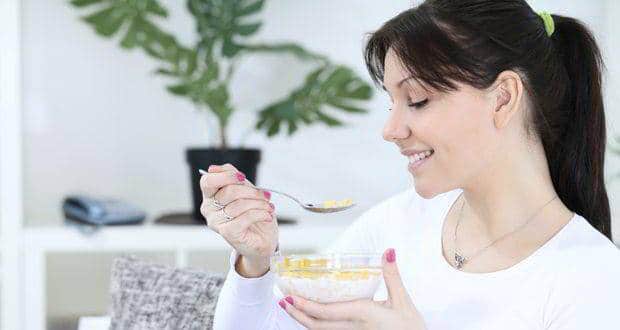 Among cereals, instant oatmeal in breakfast manages hunger better than other options