Does the five-second food on the floor rule actually work? 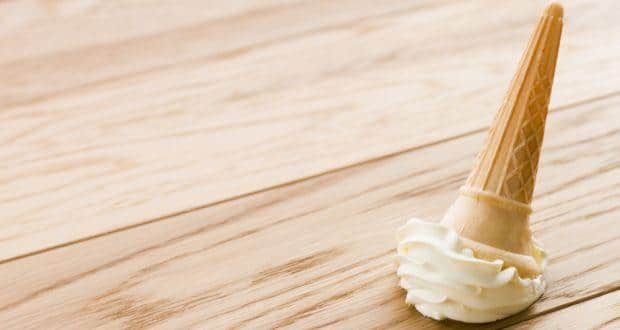 We've all done it: a piece of food falls on the floor and we immediately pick it up while possibly saying 'Five-second rule!' While it's been believed that eating food on the floor for five seconds isn't the greatest idea, new research from the Aston University's School of Life and Health Sciences indicates the food actually features much less bacteria when picked up right away compared to a longer period of time.

The study was performed by final year biology students and led by Anthony Hilton, Professor of Microbiology at Aston University in Birmingham, England. They monitored the transfer of the common bacteria Escherichia coli (E. coli) and Staphylococcus aureus from several indoor floor types, including carpet, laminate and tiled surfaces, to toast, pasta, biscuit, ham, dried fruit and a sticky dessert, with contact lasting between 3 and 30 seconds.

Researchers found time an extremely important factor in bacterial transfers, with the type of flooring involved also having an effect. For example, bacteria has less chance of making contact with food on carpeting and was more likely to transfer when on laminate or tiled surfaces, especially when food was moist and left on the floor for more than 5 seconds. The research team also found 87% of people surveyed said they would eat food that had fallen on the floor, with 55% percent of these people women. (Read: Food poisoning - causes, symptoms and treatment)

Previous studies have been conducted on the five-second rule, including an informal study conducted by TV's 'Mythbusters' team, and another by food scientist Dr. Paul Clemson of Clemson University. For the 'Mythbusters' investigation, no significant difference was found in the amount of bacteria on food left on the floor between two and six seconds. Clemson's study was published in the Journal of Applied Microbiology and found bacteria can not only survive on food surfaces if left on the floor for a long period of time, but can contaminate other food it comes in contact with. (Read: Beware -- improperly microwaved food could lead to food poisoning)

In other words, don't put that piece of bread that's been on the floor for half an hour back in the bag!