Sarcosine: The super nutrient that may reverse schizophrenia symptoms

Sarcosine is a readily available and cost-effective nutrient that is also known as ‘brain health supplement’. Know about the health benefits of this naturally occurring amino acid. 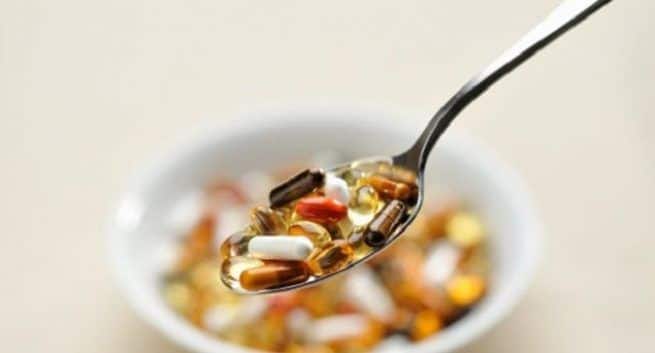 Sarcosine is a naturally occurring nutrient in foods like egg yolks, turkey, ham, legumes, nuts and a few vegetables. ©Shutterstock

According to a new study at University College London, a dietary supplement, sarcosine, an amino acid derivative, may help in the treatment of schizophrenia. Published in the British Journal of Psychiatry, this study says that this product can be easily incorporated into treatment plans.

But, at the same time, they also caution that some people taking sarcosine to treat schizophrenia may experience hypomania if they are already taking any antidepressants. Hypomania symptoms are disinhibition and euphoria.

Sarcosine is a naturally occurring nutrient in foods like egg yolks, turkey, ham, legumes, nuts and a few vegetables. It is also available as a dietary supplement and is sometimes also promoted as a ‘brain health supplement’. Sarcosine supplements are available in both capsule and liquid form. It may sometimes also be administered intravenously by a medical professional.

SARCOSINE HELPS IN THE TREATMENT OF PSYCHIATRIC ILLNESSES

Depression happens when the NMDAR neurotransmitter of the brain malfunctions. Sarcosine is known to stimulate this neurotransmitter and also acts as an anti-depressant. In a study, researchers from China Medical University Hospital, Taiwan, and the University of California, Los Angeles, studied the effects of sarcosine in patients of depression. They saw that patients reported significantly improved mood scores and none of them reported any side-effects. Elsevier published this study.

OTHER HEALTH BENEFITS OF SARCOSINE

Sarcosine may help in the treatment of neuropathic pain. This pain often results from some malfunction in the nervous system. Uncontrolled diabetes and stroke may also lead to this condition. People who take this as a supplement report a decrease in their pain level. Its use may also prevent cell death and reduce intolerance to blood shortage in the brain. This may be helpful in the treatment of stroke patients. This dietary supplement is also used by medical professional to treat patients who display symptoms of toluene exposure. It can reverse the

symptoms of this exposure that are usually a dangerously low body temperature, loss of memory and a lack of coordination. One important thing to note here is that sarcosine has now emerged as a possible biomarker for prostate cancer. It can now be used for early detection of this kind of cancer. Men with this condition exhibit very high levels of sarcosine in their prostate tissue and urine.

SARCOSINE HAS SIDE EFFECTS TOO

Though this is a generally harmless dietary supplement with hardly any side-effects, some people report feelings of euphoria and hyperactivity. Sarcosine may increase the risk of prostate cancer in men. It can also episodes of sleeplessness in some people and irritability and headaches in others. But these are temporary symptoms and it goes away once you stop taking the supplement. Are you addicted to you morning cup of coffee or tea? Know the healthier option

Exercise and sex: 6 workouts to improve your performance