3 reasons why you should always have turmeric with black pepper

To get the full benefits of turmeric, eat it with black pepper. 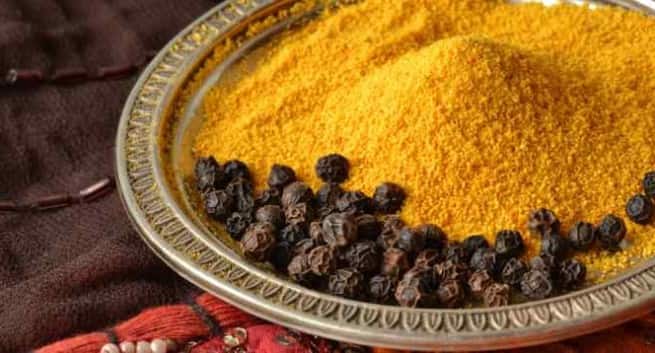 A successful partnership is where one person brings out the best in the other. You can say that about some of the greatest duos in the world. The brawn of John Watson complimented the brain of Sherlock Holmes. There’s no denying that the two made for a great, crime fighting team and had great chemistry. The same can be said about health world’s darling duo, turmeric and black pepper. Turmeric and black pepper are two accomplished giants that are great on their own. Turmeric has numerous antimicrobial and anti-inflammatory properties. A staple in Indian cooking, the golden herb even has the west going bonkers over it. Black pepper too has a host of health benefits. It fights cancer, helps you lose weight, relieve gas and can also give you clear skin! Also Read - Weight loss to combating indigestion: Amazing reasons to start your day with turmeric

But for turmeric to perform at its optimum best, it needs a little support from its buddy black pepper. Curcumin, the chemical compound inside turmeric is the one that lends all the awesome healing qualities to it. Similarly, piperine is the alkaloid in black pepper responsible for its pungent taste and health benefits. When the medicinal goodness of curcumin is paired with that of piperine, the former becomes stronger, more efficient and more bioavailable. Also Read - Turmeric can prevent cancer cell growth

The bioavailability of food is the amount of nutrients in the food that is available to the body for absorption and metabolism. Not all foods have the same kind of bioavailability and turmeric, unfortunately, has one of the poorest bioavailability despite its many health benefits. The curcumin in the turmeric is rapidly metabolised and excreted by the body. So even if you have a diet rich in turmeric, your body cannot get the full benefits.

How does adding pepper to turmeric help?

The piperine in the black pepper steps in and stops your liver from removing the curcumin even before your body gets its full benefits. It slows down the liver from metabolising curcumin quickly, thereby enabling the body to utilise it slowly and efficiently. It slows down the rate of metabolism by increasing the time curcumin stays in the stomach, inhibiting the enzymes that could metabolise it quickly and letting the body absorb its goodness completely. [1]

The polyphenol curcumin in turmeric is known to protect nerves by decreasing oxidative stress. But due to its poor bioavailability, turmeric on its own won’t do a thorough job. So scientists tested out what happens when you have turmeric with pepper in rats injected with the neurotoxin 3-Nitropropionic acid. At the end of the trail, the researchers found that the effect of turmeric was enhanced by the pepper in reducing the damaging effect of the toxins on the nerves. [2]

Turmeric helps in reducing gallstones formed by a high-fat diet. To increase its efficiency, researchers combined pepper with turmeric thereby increasing its power to remove gallstones. [3]

Osteoclasts are bone cells responsible for “eating” bones. It breaks the tissues in the bone and releases its minerals and calcium into the blood. It can causes problems like osteoporosis. A study published in the Journal of Endodontics showed that combining turmeric with pepper helps in curbing the formation of osteoclasts that causes bone problems. [4] 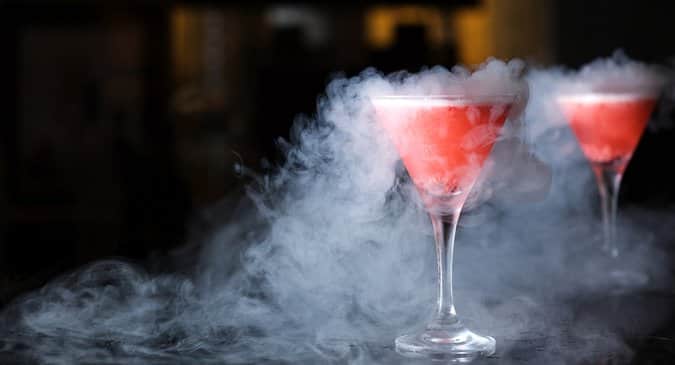 How safe is liquid nitrogen in cocktails? 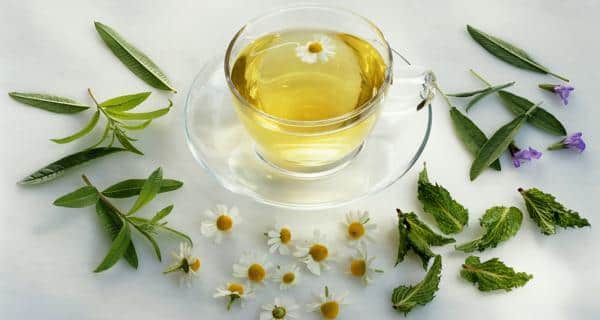 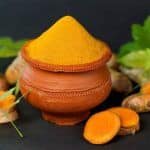