A run down on the emerging trends in the treatment of Parkinson's disease.

The disheartening part about Parkinson s disease is that, even with all kinds of medical help and therapies available one cannot cure the condition. Treatment can only make it a little better to deal with and cannot reverse the process of damage. But what kind of treatment is right for someone suffering from Parkinson s oral medication, surgical intervention or assisted therapies? The answer is a combination of all the three. However, surgical intervention like DBS or deep brain stimulation has been found to be an ideal option for many as it helps them gain some control over their movements. In this post Dr Bobby Varkey, consultant neurologist, Aster Medcity talks about the latest developments in the treatment of Parkinson s disease. Also Read - This is how neuro-modulation helps patients recover after a stroke

How has the treatment modality changed in treating patients suffering from Parkinson s?

In the past decade, not much has changed in terms of treatment for Parkinson s disease, however a lot of guidelines about how to treat a patient suffering from the disease has definitely changed. For instance, earlier doctors would prescribe Levedopa as the primary drug to alleviate the symptoms of Parkinson s disease in the more advanced stages of the disease so as to avoid the side-effects it could lead to. However, it was seen that delaying medication in a degenerative condition like Parkinson s would only lead to more deterioration. Hence, now practitioners are prescribing the medicine earlier in the disease to counter the symptoms of Parkinson s. Also, people who suffer from slight tremors, rigidity or bradykinesia are taken into the gamut of Parkinson s disorder and treated the same way to start early intervention. Here are 10 facts about Parkinson s disease you ought to know.

How effective are oral medications in treating Parkinson s ?

More often than not people come for treatment when the disease has advanced. But unfortunately by that time oral medications are of very little help. Although oral drugs do serve as a first line of treatment, it is essential to understand that by the time a patient visits a doctor they have already lost 80 to 90 percent of their grey cells. If one has to make the most of his life with the remaining 10 or 20 percent of the neurones, depending on oral medications alone might not be of help. Also, since there are certain side-effects of the drugs a lower dose of the same will not be of help. Lowering the dose would mean allowing the symptoms of Parkinson s to increase so definitely there is a limitation to oral medication while treating Parkinson s disease.

When should one opt for surgical intervention as a more of treatment?

There was a time when experts believed that DBS or Deep Brain Stimulation is a viable solution during the later stages of the disease — when the symptoms worsen. However, with the changing guidelines it is now thought that the sooner a patient undergoes DBS the better. It can to a great extent, help a person alleviate the symptoms of the condition and delays the onset of the disability due to the condition. A DBS done during the earlier stages of the disease can help improve the intensity of motor movements and promise a better quality of life. Also read about these 7 things you didn t know about Parkinson s disease.

How effective is DBS for Parkinson s?

While DBS can relieve some of the patient s symptoms considerably it should be noted that it can target only some specific symptoms. It does not eliminate the use of drugs and medication nor does it result in the reversal of the PD symptoms. The physical symptoms can be taken care of but the non-motor symptoms like mood swings, bowel and bladder control, sleep disturbance, depression, loss of senses cannot be addressed even with DBS. However, it still stands to be a gold standard of treatment in Parkinson s.

How does the DBS treatment work?

In deep brain stimulation two surgically implanted medical devices called neurostimulators, similar to cardiac pacemakers, are planted in the chest near the collarbone. These devices deliver electrical stimulation to precisely targeted areas on each side of the brain. Stimulation of these areas appears to block the signals that cause the disabling motor symptoms of Parkinson s disease. As a result, many patients achieve greater control over their body movements. A DBS system includes the following three components, which are implanted completely inside the body.

Neuro-stimulator: A pacemaker-like device is the power source for the system. It contains a small battery and a computer chip programmed to send electrical pulses to control the symptoms of the disease. Did you know about these 15 early signs of Parkinson s disease?

Lead: An insulated wire with four electrodes is implanted in the brain, with its tip positioned within the targeted brain area.

Extension: An insulated wire placed under the scalp that connects to the lead and runs behind the ear, down the neck, and into the chest below the collar-bone where it connects to the neurostimulator. Once the system is in place, electrical impulses are sent from the neurostimulator up along the extension wire to the lead and into the targeted brain area. These impulses interfere with and block the electrical signals that cause Parkinson s symptoms. With the DBS one of two areas may be stimulated either the subthalamic nucleus (STN) or the internal globus pallidus (GPi). These structures are deep within the brain and involved in motor control. These structures control movement and muscle function. A neurosurgeon would determine which structure would be stimulated for the concerned patient. Here are 7 tips to live well with Parkinson’s disease.

What about stem cell therapy? There has been a lot of research on how stem cell therapy can help to treat Parkinson s disease. However, till date there hasn t been any concrete conclusion on the same. However, we are hopeful, that some day it would serve to be a ray of hope for Parkinson s disease. Watch this video — Muhammad Ali s wife reveals how she takes care of him 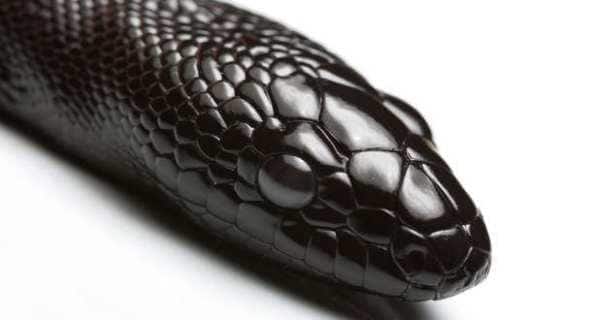 Shocking! Snake venom can thwart the progress of HIV