It is not just a social stigma, being overweight or obese has various ill-effects. We explain how fat affects your body. 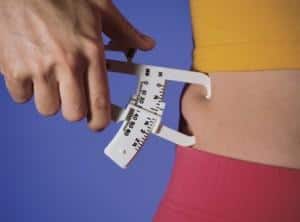 Most of us suffer from the occasional doubt, 'Do you think I'm fat?' But while some don't have to worry about it, there are some who need to start paying attention. With the rising rate of obesity the world over, we though it is time we tell you exactly what that excess bit of fat does to your body.

Makes the muscles of your heart thicker and less efficient

Fat makes the heart work harder. It has to now pump blood through sclerotic arteries (accumulation of fat that makes the inside of blood vessels rough and pitted), a larger body and to failing organs that usually need more blood supply to function. All this extra work makes the muscles of the heart become thicker and tougher which can lead to severe complications like congestive heart failure, fatal heart attacks (due to arterial blocks), malfunctioning of one part of the heart muscle and perforations in the heart. (Read: Mega guide for losing weight the right way)

If you are overweight you probably know what it means to be breathless while doing the most trivial of activities. What obesity does to your lungs is a phenomenal amount of damage. For one, the abdominal fat presses on the diaphragm, leaving lesser space for the lungs to expand. Literally crushing your lungs.

Makes your lungs overwork and can make you dizzy

The excess weight that the body has to carry makes your heart beat faster and your lungs overwork. With less space to expand it is no wonder that some obese people feel dizzy after working their body does not get enough oxygen.

Another severe side-effect is obstructive sleep apnoea. This condition is brought about by the presence of excessive belly fat as well as the fat in and around the soft tissue of the neck. The fat in the belly presses down on the diaphragm, compressing the lungs and the fat around the neck presses down on the airway (windpipe) making it difficult to breath in a lying position. (Read: Sleep apnoea - don't laugh away snoring problems)

Can cause a failure in your brain's circulation

Apart from the other effects, another study published by the American Academy of Neurology [1] found that obese people especially women, were more prone to brain atrophy and lack of blood flow to the brain. This predisposes them to strokes and pushes them closer to dementia.

Intensifies your sweet cravings, making you put on more weight

Can cause liver cirrhosis, even if you don't drink

Fat puts immense pressure on the liver. This is because of the large amount of cholesterol in a person's blood, which leads to a build up of fat in the arteries, in turn putting more pressure on the liver. The excess fat also leads to build-up of fat within the liver leading to fatty liver disease and eventually cirrhosis. (Read: Did you know you can get liver disease without drinking alcohol?)

Can cause you to swell up and feel bloated

Excessive fat has a very severe reaction within the body, it causes inflammation. The fat triggers off a stress reaction within the fact cells. This reaction releases pro-inflammatory factors (components that signal the cells that they are under attack and causes them to swell up) and immune cells from the fat itself. This spread of inflammatory cells leads to inflammation throughout the body. So, that bloated feeling you might feel, is due to the inflammation your fat cells are triggering off.

Affects your joints, pushing you closer to arthritis

We often take our joints for granted. What we don't understand is that they are extremely important even for the simplest movements we need to make. What fat does to our joints, apart from causing inflammation is that it puts a lot of pressure on the bones and the joints itself. Over time, these joints eventually erode leading to arthritis.

An obese person usually carries a lot of weight around their belly, this leads to the structure of the lower back changing to bear the excess weight. This not only causes lower back pain, but can lead to conditions like spondylosis and vertebral defects over time.

Can stunt growth in children

We all know this fact, but do we know exactly how it happens? Well, fat affects the pancreas, reducing its sensitivity to insulin due to the production of leptin (a chemical necessary for the uptake of insulin). This lack is a direct path to developing type 2 diabetes. It is important to remember that diabetes is not just your body's inability to manage your blood sugar levels it has various other complications, like heart diseases, diabetic retinopathy, varicose veins, insulin shock and gangrene that can lead to amputation.

Affects a woman's menstrual cycle and leads to PCOD

Can cause women to grow unwanted facial and body hair

Yup, that can happen. Fat causes the production of excessive androgen hormones (hormones that make one more manly). This hormone causes a woman to develop slight man like features, namely excessive facial and body hair and thickening of the skin.

According to a study published in the Clinical Endocrinology Journal, it found that testosterone levels were significantly lower in obese males especially teenagers by about 40 to 50 per cent, when compared to healthy men.This is because fat cells are capable of converting testosterone into oestrogen, and affects the way one's brain cells initiate the production of more testosterone. This lack of the male hormone not only reduces a man's libido but also leads to weakening of his muscles. (Read: 10 reasons why losing weight is great for your sex life)

Can cause swelling in the legs, severe pain

Another reason men have to worry is that excessive fat leads vascular insufficiency. It is a condition where the blood vessels are not able to carry and move blood efficiently due to the build up of plaque. It is a common reason for swelling in the legs and oedema.

Can make a man infertile

Obesity can lead to male infertility. The excessive fat alters the amount of testosterone in a man, leading to the formation of unhealthy sperm that cannot impregnate a woman, lack of libido and conditions like premature ejaculation and erectile dysfunction.

Can reduce a woman's ability to orgasm

Vascular insufficiency leads to a lack of blood supply to the clitoris. This causes a significant lack in a woman's ability to orgasm.

Can make one depressed and affect mental health

In a 2010 study conducted by the Harvard School of Public Health [2], it was found that excessive fat especially belly fat leads to depression in obese people. The study stated that the fat accumulated leads to a lack in the communication within the brain, which can cause depression. It also found that it is a vicious cycle between depression and metabolic syndrome. Since fat leads to metabolic syndrome which in turn leads to depression, which again leads to more fat accumulation and progression of the syndrome. Scientists noted that people who are obese should not solely depend on a diet to lose weight they should exercise instead. This is because exercise helps in burning fat deposited deep within the body, which helps in breaking the metabolic syndrome-depression cycle.

If all the above reasons were not convincing enough, here is one reason you should think about. Fat can make you fatter. When fat is stored in the body it leads to the production of adiponectin (an insulin-sensitising hormone that regulates glucose levels and fatty acid breakdown) and interleukin 6 (A precursor that initiates the process of inflammation). Both these components do not function optimally and tell the body that it needs to store more fat, making you fatter.