May 31 is World No Tobacco Day. The theme for WHO s World No Tobacco Day this year is tobacco industry interference . The campaign looks to focus on the need to expose and counter the tobacco industry’s brazen and increasingly aggressive attempts to undermine the WHO Framework Convention on Tobacco Control (WHO FCTC) because of the serious danger they pose to public health. Tobacco use is one of the leading preventable causes of death. The global tobacco epidemic kills nearly 6 million people each year, of which more than 600,000 are people exposed to second-hand smoke. Unless we act, it will kill up to 8 million people by 2030, of which more than 80% will live in low- and middle-income countries. Also Read - “Vaccines do not equal zero Covid": WHO calls for sustained efforts to control virus transmission

As more and more countries move to fully meet their obligations under the WHO FCTC, the tobacco industry’s efforts to undermine the treaty are becoming more and more energetic. For example, in an attempt to halt the adoption of pictorial health warnings on packages of tobacco, the industry recently adopted the novel tactic of suing countries under bilateral investment treaties, claiming that the warnings impinge the companies’ attempts to use their legally-registered brands.

Meanwhile, the industry’s attempts to undermine the treaty continue on other fronts, particularly with regard to countries’ attempts to ban smoking in enclosed public places and to ban tobacco advertising, promotion and sponsorship. World No Tobacco Day 2012 will educate policy-makers and the general public about the tobacco industry’s nefarious and harmful tactics. It will also be in keeping with the letter and the spirit of the WHO FCTC. The preamble of the treaty recognizes ‘the need to be alert to any efforts by the tobacco industry to undermine or subvert tobacco control efforts and the need to be informed of activities of the tobacco industry that have a negative impact on tobacco control efforts’.

In addition, Article 5.3 of the treaty states that ‘in setting and implementing their public health policies with respect to tobacco control, Parties shall act to protect these policies from commercial and other vested interests of the tobacco industry in accordance with national law’. Furthermore, the guidelines to the implementation of Article 5.3 state that Parties are recommended to ‘raise awareness about tobacco industry interference with Parties’ tobacco control policies’.

On World No Tobacco Day 2012, and throughout the following year, WHO urges countries to put the fight against tobacco industry interference at the heart of their efforts to control the global tobacco epidemic. 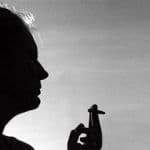 Why smoking is more dangerous for women 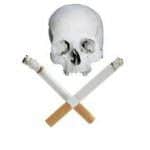 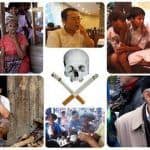 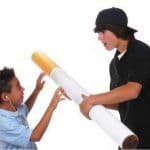 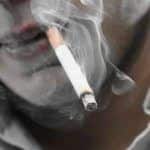