World No Tobacco Day 2019: Is your child smoking?

As we celebrate World Tobacco Day today, we help you identify the signs and symptoms indicating that your child is addicted to cigarettes. 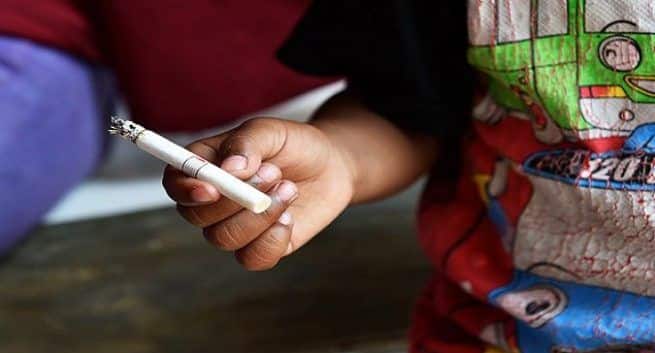 According to the Assam government, a majority of the population in the state are addicted to tobacco use, with more than 30 per cent of even non-smokers exposed to passive smoking. ©Getty Images

World No Tobacco Day is a global campaign by the World Health Organization against tobacco consumption. The health hazards associated with smoking and other forms of tobacco usage are alarming. But the health impact of smoking is more adverse in children than adults. The rate of smoking among kids globally is quite high and the Indian figures are alarming too. According to a 2018 global report by The Tobacco Atlas, over 6.25 lakh India children in the age bracket of 10-14 years smoke cigarettes every day. The report said that more than 4,29,500 boys and 1,95,500 girls in India are daily smokers. Also Read - DO THIS when you see someone smoke

Several studies suggest that kids around the world start using tobacco by the age of 11 and they develop addiction towards it before they touch 15. On this World No Tobacco Day, as the global community unites to take actions against tobacco, it is equally important to address the issue of smoking in kids. Also Read - World No Tobacco Day 2020: Why some people develop constipation when they stop smoking?

HEALTH IMPACT OF SMOKING IN KIDS

Smoking is the trigger behind a host of health issues including cardiovascular ailments, neurological problems and sexual health troubles. However, your respiratory system is the worst affected by cigarette smoking. That is why WHO has chosen ‘Tobacco and lung health’ as the theme for World No Tobacco Day 2019. Kids, with their under developed immune systems become more vulnerable to lung issues when they start smoking. So, they fall prey to severe asthma attacks frequently. They also suffer from ear infections. Also Read - World No Tobacco Day 2020: Know your risk of different types of cancers if you smoke or chew tobacco

WHAT INFLUENCES YOU CHILD TO SMOKE?

Smoking scenes in movies where your child’s favourite actor is lighting up a cigarette can play a major role in encouraging him to start smoking. In a study conducted at the Dartmouth University in London, the researches revealed that kids who saw smoking scenes on the big screen are more likely to try smoking themselves. It accounted for 5000 school children in the age bracket of 9 to 15 years. Kids of this age group find smoking to be a ‘cool’ act. For many of them it’s a way of asserting their independence, while for others it’s the result of peer pressure. During the adolescent years children have develop an immense urge to catch up with a trend, be it smoking, drinking, or dressing up in a certain way. They feel they will be left out if they don’t follow their peers. Apart from peers, parents and close relatives can also be their influencing factors. Additionally, curiosity and depression or stress can also be the culprits behind their urge to smoke.

As a parent, you need to wean your teen off the hazardous habit of smoking, if he is addicted to it. But how will you figure out if your child smokes? Well, let’s accept that it’s practically impossible to monitor kids in their teens. So, this is a difficult task for sure. However, there are a few significant signs which help you find out if your teen is in love with cigarettes. On this World No Tobacco Day, we take you through those tell-tale signs. Talk to your child openly if you find any or many of them.

Smoking tobacco can lead to dryness, redness and irritation in the eyes. This happens because the chemicals in tobacco at as eye irritants. Even slight direct use of tobacco can cause red eyes. This is a red flag for sure.

One of the most common signs of smoking is bad breath. The toxic elements present in tobacco can lead to a condition known as halitosis which is characterized by foul breath. In a study published in the Journal of Natural Science, Biology and Medicine, it was found that smoking and chewing tobacco products are among the most prominent culprits behind bad breath. Also, in some cases, if you find mint gums in your kid’s pocket or bag, it could be an indication that he is trying to hide the smell of tobacco.

Heavy smoking can affect your teen’s respiratory organs and lead to shortness of breath. According to the Centres for Disease Control and Prevention, shortness of breath is a common problem faced by smokers. It occurs due to the damage caused by tobacco. However, shortness of breath could also be due to a health condition that requires medical attention. So, don’t broach the topic of smoking right away. Consult a doctor first.

Instilling healthy oral hygiene in your kid is good to keep dental ailments at bay. However, even these good habits will not help him to tackle the negative effects of tobacco use. If your child is addicted to smoking, he will get stained teeth. If you see a change in the colour of your child’s teeth (they will turn yellow), it could well be a sign that he lights up cigarettes quite often. Engage your child in sporting activities or encourage him to start working out with you. This will reduce his urge to smoke.

Does your child get irritated quite easily these days? Does her irritation melt away after she goes out for a short while? This could be an indication that she has developed the habit of smoking. Anyone with the habit of smoking gets irritated tends to become a little cranky when they don’t smoke for long. Pre-teens who smoke are more likely to become irritated when they don’t get their cigarette after a certain gap. Try to figure out if your child’s friends smoke. This may increase her risk of catching the addiction.

Smokers experience dry cough that refuses to go. Medically, it is known as the smoker’s cough. This occurs when the respiratory system tries to filter out the chemicals that can enter the airways and lungs through tobacco. If your child’s cough sticks around for over three weeks without any other symptoms, then it could be considered as a sign smoking. You need to get this condition treated as soon as possible, because if left untreated, it can further turn into bronchitis. It is serious respiratory condition where the airways get inflamed. 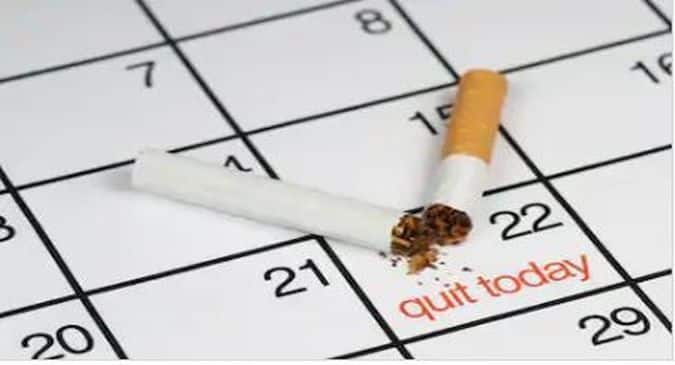 Here is how PMI is trying to 'unsmoke' the world 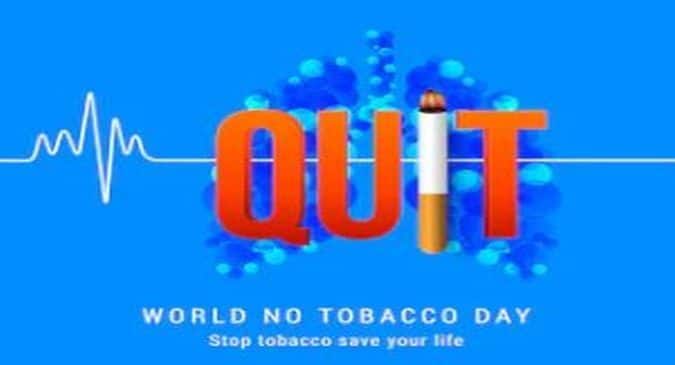 World No Tobacco Day 2019: Here is how Ayurveda helps you quit smoking