World No Tobacco Day 2013: Bollywood celebrities and smoking - who quit, who didn’t 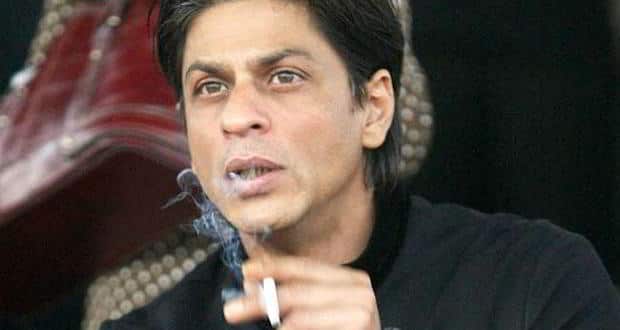 Today, May 31 is World No Tobacco Day. Bollywood and smoking have had a long and tumultuous equation. Sometimes it is the characters that the actors portray and many a times it is their real-life habit that has spelled trouble for them over time. Whatever the case, Bollywood celebrities with cigarettes have always made news. Though they have been under the scanner most of the times for promoting the masses to smoke by showcasing it in their films, there have been many who were in the limelight for kicking the butt and inspiring others to do so. Here's a list of actors who've done this:

A noted actor who is also known for his fitness was addicted to his pack of cigarettes and tried hard to quit. After five failed attempts, Duggu finally managed to kick the butt. According to him, his inspiration was a book Easy Way to Stop Smoking by Allen Carr which had helped Hollywood celebrities like Ashton Kutcher and Madonna too to quit smoking. In order to help his friends, he bought 20 copies of the book and gave it to them. Looks like the actor is determined to be smoke-free for life. Way to go Hrithik!

Fondly called 'Sallu bhai' by his peers and fans alike, Salman had undergone a treatment for trigeminal neuralgia in 2011 in the US. But even after the surgery, the pain did not subside. This made the actor turn completely health conscious and he quit smoking as well as drinking. So much so that Salman does not let anyone else around him to light up. Going by his fan following, we hope he can make a great impact on other smokers to quit too.

Saif's smoking days goes back to when he was 16. It started off with trying to look cool and it soon became a habit. It took him 15 years and a mild heart attack to finally call it quits. He admits it was an uphill task to let go of his nicotine addiction completely but a heart problem at the age of 32 was the trigger to let go of the habit. His recent release Go Goa Gonehas him talking about why he stopped smoking and urges others to quit too in an audiovisual message.

Mr Perfectionist of Bollywood, Aamir too was addicted to smoking for many years before he decided to kick the butt forever. His mother, his wife Kiran and two kids have been instrumental in making him quit. It was due to their continued annoyance that Aamir took this step. And it has been a while since the actor felt the need to be tempted back to it. After years of struggle to give up the habit, the actor has finally found the willpower not to smoke even if people around him do it.

The Kapoor lad promised his Barfi! director Anurag Basu that he will quit smoking if their film crossed the 100 crore mark. And he stuck to his deal after that happened. Though he's been a smoker for many years, Ranbir took this decision after Anurag asked him to quit. There have been a few reports that he's gone back to his smoking days during the filming of his film Yeh Jawani Hai Deewani. We hope that those reports are false and Ranbir's still sticking to his promise.

While these Bollywood celebs quit smoking, there are others in the industry who are still struggling to curb this habit. Here are a few celebs we'd like to see kick the butt:

SRK has been open about his struggle to kick the butt for many years but despite all this, he still hasn't been able to do so. He has been caught time and again puffing away, sometimes in places that are non-smoking zones like IPL stadiums which has irked anti-tobacco campaigners around the country. Many of his onscreen characters are also renowned for being smokers - particularly Don and Devdas - making SRK the biggest Bollywood hero who's synonymous with smoking. We realize smoking is a personal choice but SRK surely knows he is a role model for millions across the country if not the globe and his every move is aped by them.

Even after repeated attempts, he's not shown any progress and his family is not too happy about it. Though he has never endorsed smoking, even condemned it in his film Ra.One, it's been 15 years since the actor first started smoking. We hope he can take some inspiration from his fellow actors and quit smoking on World No Tobacco Day.

After curbing the habit for some time, the actor started smoking again since his jail sentence was declared. He even requested the court to grant him e-cigarettes in jail but his demand was declined and the court asked him to quit smoking instead. We are not naive enough to believe that cigarettes aren't available in jail, but we hope Dutt finds the willpower to stay away from them.

Ajay has been a chain smoker for a long time. His wife Kajol has been constantly asking him to quit but there hasn't been any change as of yet. During a promotion campaign for his film Himmatwala, his co-star Tamannaah was all praises about Ajay but divulged that she would like to see him quit smoking. We too agree with her and would love to see the actor give up smoking and inspire others to do so too.

Another heavy smoker from the industry, Sushmita hasn't been able to quit despite her mother's concerns. She herself is a mother of two kids but cigarettes seem to be her constant companion. While like other smokers, she too is prone to heart disease, cancer, etc, being a woman makes her likely to various other diseases that men may not suffer from like infertility, ageing skin and more. We hope Sushmita understands the seriousness of the matter and quits soon.