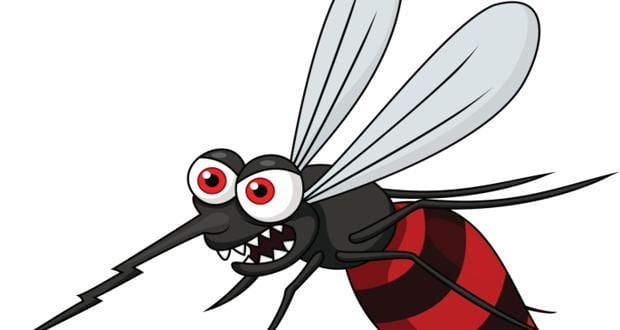 Unplanned construction activities, setting up of new industries and increased migration were leading to an upsurge in malaria cases in urban India, health experts have said. 'Increased construction activities and industrialization without proper planning has led to mosquito breeding and hence higher incidence of malaria in urban areas,' G.S. Sonal, Head of the Department of Malaria, National Vector Borne Disease Control Programme (NVBDCP) under the health ministry, told .

He said the builders and industrialists should ensure proper disposal of waste and construction material to avoid mosquito breeding. 'They should consult the health department while planning the buildings and their construction,' he said. Malaria is caused by a bite from an infected female Anopheles mosquito which breeds in dirty and stagnant water. Sonal said India recorded around 45,000 deaths due to malaria in 2010. 'While the overall figures might have gone down for the country as a whole, cases have gone up in urban areas,' he added. More than 2.2 billion people are at risk of malaria in the Asia-Pacific region, which represents 67 percent of the world population at risk of malaria. Six of the 10 countries worldwide with the largest populations at risk, including India, are located in the Asia-Pacific. (Read: How is malaria treated?)

Of the 35 countries that account for 98 percent of malaria deaths, five are located in the Asia-Pacific region and account for approximately 93 percent of the death toll in the region. India alone accounts for 38 percent of regional mortality. (The other four countries are Bangladesh, Indonesia, Myanmar and Papua New Guinea.) According to experts, simple steps like using mosquito nets, removing stagnant water and not allowing garbage to accumulate can prevent thousands of deaths due to malaria in India.

Said Raman Abhi, senior consultant and unit head, Internal Medicine, Fortis Memorial Research Institute (FMRI), Gurgaon: 'With the onset of summer, it is only likely that there would be a rise in the number of vector-borne diseases like dengue and malaria, depending on the type of mosquito.' 'Ensure that water does not stagnate in open containers, tyres and desert coolers, report to appropriate authorities for disinfection of open garbage dumps, use kerosene on stagnant water where draining is not possible and use mosquito repellents and mosquito nets,' Abhi told . (Read: 6 common malaria symptoms )

Four different types of malaria - p-vivax, p-falciparum, p-ovale and p-malariae - affect humans. Of these, the first two are commonly found in the Indian sub-continent while the other two are prevalent in African countries. 'While vivax can be easily treated by the administration of chloroquinine, falciparum could have complications. If not treated in time, this form of the disease can affect the brain or the kidney,' Abhi said. Despite the massive burden of the disease, the currently available funding for malaria is far below the resources required to reach universal coverage of interventions. An estimated $5.1 billion is needed every year for this purpose. In 2012, the global total of international and domestic funding for malaria was $2.5 billion - less than half of what is needed. (Read: 11 complications of malaria you should know )

Malaria is an infectious disease that is caused by plasmodium parasite which infects the red blood cells and is characterized by fever, body ache, chills and sweating. Similar disease has also been described in the holy Vedas. It derives its name from mal aria which means 'bad air' in Italian. Of the four species that cause malaria (plasmodium vivax, plasmodium falciparum, plasmodium ovale, plasmodium malariae) plasmodium falciparum is the most serious and can cause serious complications. An individual can be infected with two species at the same time.

The life cycle of malaria is complicated and it involves two hosts- the human being and the mosquito. Once bitten by a female anopheles mosquito, the malarial parasite enters the blood stream. It travels all through his blood stream to reach the liver. In the liver the parasite matures and multiplies. Some of the parasites stay there whereas the other parasites move out from the liver attacking red blood cells. The parasite then multiplies in the red blood cells. In the next 48-72 hours, more parasites are released into the blood. This is the reason why the chills of malaria are generally seen after 48 to 72 hours corresponding to the release of the malarial parasite in the blood. (Read: All you need to know about malaria)