Awareness about the neuro-biological disorder is still very low despite the fact that there are more than four million people with autism in the country. 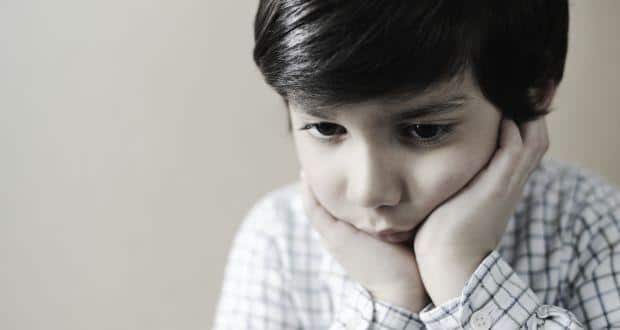 India faces a dearth of doctors and experts to treat autism, the incidence of which is slowly rising, with the illness being considered wrongly by many as mental retardation, experts said. Moreover, awareness about the neuro-biological disorder is still very low despite the fact that there are more than four million people with autism in the country. Though, there is no official figure, experts said, the figure is growing.

And with just a few to treat this ailment, diagnosis often gets delayed, they added. 'It may not be wrong to say that there are only a handful of doctors in our country who can provide the right treatment for autism. 'Now with the cases of autism on the rise the need for experts is being acutely felt,' Arun Mukherjee, director of Udaan - a centre for the disabled, told . He said though the situation is improving in metropolitan cities, the situation is still grim. 'A lot needs to be done in smaller towns,' Mukherjee added. Autism affects the functioning of the brain, making it difficult for people afflicted with the disorder to process the information received from various sensory organs. The Indian government only recognised the disorder in 2001. Autistic individuals exhibit behaviours like spinning, flapping of hands, talking to themselves, constant jumping, attention deficit and hyperactivity. Read about the ten things your student with autism wishes you knew.

'There is lagging awareness about autism among Indians,' said Usha Verma, principal of Tamana Autism Centre and School of Hope. 'For most of them, it is still a mental illness and that perception has to change. Due to this lack of awareness, parents do not consider it to be important enough for diagnosis,' Verma told . Tamana is a special school established in 2003 that caters to autistic children. Samir Parikh, director, mental health and behavioural sciences at Fortis Hospital, said: 'The treatment for autism is a multi-disciplinary approach. There is a wide spectrum and children fall in various ranges. So the treatment varies depending on the level of sickness.'

Being a disorder affecting the brain, autism severely affects speech, language, communication and social interaction. Hence there are two major therapies for autistic individuals -- speech and occupational therapy. 'A person who has autism often has trouble communicating and interacting with other people; his or her interests, activities, and play skills may be limited. While occupational therapy helps develop these skills, speech therapy can help address a wide range of communication problems,' Parikh told. Though, there are treatments for the disorder, for Indian parents getting an accurate diagnosis also pose a hurdle. Surabhi Verma, director, Sparsh for Children said: 'It is only speech delay because of which parents visit paediatricians, where most of the time they assume that the kids are just slow. Read about how you can teach empathy to your child with autism.

'Diagnosing autism becomes a long drawn process and such delays tend to affect treatment process,' Verma told . Sparsh trains autistic children and even those with other disability to help them become part of mainstream schools. Experts said that if right therapy for autism is made available early, a child can develop skills better. 'A two-year old child will be able to learn faster. While after three years the learning process takes longer and extra attention as well,' said Verma.

Experts said that the Persons with Disabilities Act, 1995, does not include autism, but the government plans to cover the condition in the revised act, which has lapsed in parliament. Autism is now covered under the National Trust for the Welfare of Persons with Autism, Cerebral Palsy, Mental Retardation and Multiple Disabilities Act, 1999. 'Just adding autism to the Disability Bill is not enough. Government needs to devise new curriculum and start specialisation courses so that the country gets more experts to treat autism,' added Mukherjee.