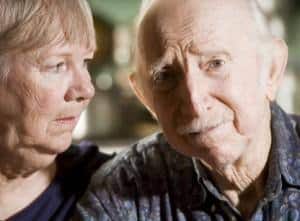 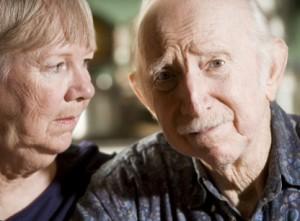 One fine day, Pradeep Singh Rana, 65, completely forgot the way to the house he had lived for more than 40 years. He had to actually stop and seek help. It was a wakeup call that he perhaps had Alzheimer’s, an incurable form of dementia commonly affecting people above 60. When he was consulting his GP, who has been his doctor for 20 years, he realised that this was not the first time that he had forgotten something. He was not able to recall some past memories. Also Read - Food insufficiency during COVID-19 pandemic increases depression and anxiety symptoms

His doctor-cum-friend advised him to undergo a thorough check-up. He was eventually diagnosed to be suffering from Alzheimer’s. Doctors said that very few people realise that they have the condition and the best way to slow the process and prevent it from progressing is early medical intervention. Sunil Mittal, director, Cosmos Institute of Mental Health and Behavioral Sciences (CIMBS), said Alzheimer’s has become a very common problem.

‘Initially considered to be uncommon, Alzheimer’s is now more common than ever thought to be, thanks to the researches and studies being conducted. People are living longer, and hence are bound to get affected by age-related disorders. The only way forward is early medical intervention,’ Mittal told IANS. Alzheimers, which leads to the non-functioning of brain cells, is said to have no medical treatment for cure. It starts with remembering recent events, and goes backwards.

The prevalence of the condition in India is said to be one in 20 for people over 60 years and one in five for people over 80 years. The condition develops slowly, but it slowly gets worse and can become severe enough to interfere with daily tasks.  According to Sanjay Pattanayak, consultant psychiatry and de-addiction, Vidyasagar Institute of Mental Health and Neurosciences (VIMHANS), the prevalence of Alzheimer’s increases by five percent every five years after 60 years of age.

‘Genetic in nature, the effects of this degenerative condition can never be zero. However, seeking medical help in the initial stages can definitely slow down the process.  ‘First, people need to take memory loss or related problems, howsoever trivial, seriously. Patients come to us only after they forget about a recent wedding they attended, or the route back home. It gets too late by then. After turning 60, every little memory-related problem should be taken seriously,’ Pattanayak told IANS.

According to Samir Parikh, chief of the Department of Mental Health and Behavorial Sciences, Max Healthcare, medical help is required in the initial stages along with building approaches to create awareness on early indications. ‘Sometimes, dementia is nutrition-related, which can be due to the deficiency of vitamin B12, thyroid or at times because of medicines which are likely to make a person forget things, and undergo mood swings. Such types, also knows by pseudodementia, need to be ruled out immediately,’ he said. He also said that appropriate medication needs to be started at the earliest. Although, there is no data to show whether Alzheimer’s can affect a person below 60 years, doctors say they are getting patients who show the symptoms even when they are in their early 50s. ‘There have been cases. But it could be early detection cases. Although there are no clear reasons for its Occurrence,’ Mittal said. The doctor said the best way to prevent its onset is by changing one’s lifestyle. ‘We can try to prevent its onset and progress by altering our eating and lifestyle habits, and taking medicines which increase neurological communication in the brain, increasing its functioning,’ he said.