On July 17, the Weekly Iron Folic Acid Supplementation Programme was launched with great fanfare – full-page newspaper ads and the works that any government scheme has. However, soon afterwards chil 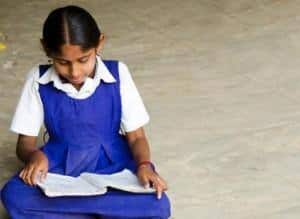 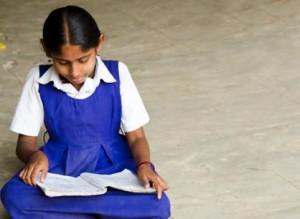 On July 17, the Weekly Iron Folic Acid Supplementation Programme was launched with great fanfare – full-page newspaper ads and the works that any government scheme has. However, soon afterwards children taking the supplements started falling ill. While there might be no conspiracy here and it could simply be a case of a few stray tainted tablets or high dosages – there’s one organisation that believes that the programme has serious limitations in the scientific context. The Fluorosis Research and Rural Development Foundation, an NGO dedicated to eradicating fluorosis – a disease caused by consumption of fluoride  believes that scientific rationale is absent in this current government programme.

Prof (Dr) AK Susheela, a former AIIMS anatomy professor and the director of the foundation calls the programme ‘old wine in a new bottle’. We talked to her to gauge the situation and why she thinks this ambitious government plan is unlikely to produce the desired results: Also Read - Kids turning hypertensive: Get your child screened for early detection

Why is the foundation against the Iron and Folic Acid supplementation programme? Also Read - Another virus from China can spread disease in India: ICMR

Dr Susheela: We are not against iron supplementation in general and it is very much required for pregnant women but the fact is that similar programs have been tried for over 40 years and haven’t produced desired results. Women continue to be anaemic and there’s no sign of maternal and infant mortality reducing and even those taking tablets continued to be anaemic. The doctors (technical advisers) to the health ministry claimed that the women weren’t taking tablets but this was just a face-saving strategy and they’re doing more harm than good. One of the major reasons for continued anaemia is the continued consumption of fluoride through water and food. The chemical fluoride not only decreases production of red blood cells by the bone marrow but also destroys microvilli – the microscopic protrusions lining the intestine – resulting in poor absorption of nutrients critical for the biosynthesis of haemoglobin. Also Read - Kids who take steroids at increased risk for diabetes: Know the other side effects of this medication

Have you done any studies to back up your claims?

We conducted a laboratory-cum-hospital based study which screened over 3000 pregnant women through antenatal clinics in two New Delhi government hospitals. Sample and control (both) group of women continued to take their tablets, while in the sample group we took various steps to decrease fluoride consumption and improve nutrition intake. We did so by correcting the diet, providing diet counselling to improve breakfast, lunch and dinner and even changed their toothpaste to a low fluoride paste.

We continued to monitor the pregnant women during their visits and monitored them until their delivery. Following our intervention the babies born in the sample group (those who consumed less fluoride), 80-90% had babies who weighed between 2.5 and 3.89 kg, an optimum birth weight.

Did you test this hypothesis on children as well?

After we published our preliminary data in Current Science (May 2010), we decided to work on anaemia in schoolchildren. Over 2500 children were screened in six schools for anaemia. Rates varied from 30% to 80%. When we followed the same steps, i.e, withdrew fluoride and promoted nutrient food we managed to raise the haemoglobin levels in children from 12 g/dl to 14.4 g/dl simply through breakfast, lunch and dinner (we avoided street food to prevent fluoride consumption). Again we saw the same results as before, that simple diet changes and counselling went a long way in improving a child’s health. And we educated their mothers as well, teaching them nutritive recipes for breakfast, lunch and dinner which helped the entire family.  In any case no supplementation programme can work long term. Given money people will always buy food to feed their families, never buy tablets.

What are the flaws with the current supplementation programme?

What alternative would you suggest?

A simple step would be scaling up our current approach and educating people about nutrition. We are planning to train 1400 school teachers in Pimpri Chinchwad Municipal Corporation on how to improve a child’s health without tonics or tablets in the 3rd week of August.

We’ve also informed the government of the current problems of fluoride consumption. As long as its consumption is high (which can be tested by measuring fluoride in urine), no amount of tablets is going to solve anything. Withdrawal of fluoride on the other hand permits the regeneration of microvilli in the gut which improves the absorption of nutrients from the diet and haemoglobin levels improve.

The evidence is there for the scientific community, bureaucrats and policymakers, but no one has reproduced it nationally or globally. They’re simply not willing to accept the truth. The current government is in a state of stupor like Rip Van Winkle (the man from Kipling’s short story who fell asleep for 20 years to find that world has completely changed) and I’m afraid that we too are in for a similar fate.

I am doing fantastic: Says Hrithik Roshan at the launch of Krrish 3 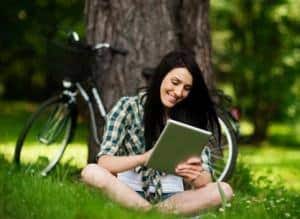