What makes someone a psychopath

Psychopaths emerge from the same society we come from. Andre Borges explores what makes a psychopath. 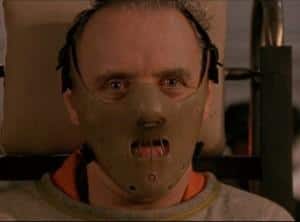 The emergence of psychopaths in popular culture, force people to ask the question, who is a psychopath. From Hannibal Lector and Norman Bates to Dexter Morgan; who best qualifies as a psychopath.

The idea of having a film or a movie centred around a psychopath seems to be all the rage these days, the most recent example being HBO's Dexter which has garnered critical and commercial success.

Now, we've all heard the word thrown out there. Psychopaths are generally what one associates with gruesome serial killers, think Norman Bates or Ted Bundy and we use them in a more loose way in daily life, when mum or dad is overprotective and we say, 'they're just psychos calling all the time to check where we are'.

But not many people actually understand the actual meaning of the term. Psychopathy has different variables that combine to form the whole, be it emotional, cognitive, behavioural or environmental. All these factors intertwine in various ways which making it a deep-rooted issue.

Now, the 4th and 5th editions of the Diagnostic and Statistical Manual of Mental Disorders (DSM) have a diagnosis of Antisocial (Dissocial) Personality Disorder (ASPD), which states: 'The essential feature of antisocial personality disorder is a pervasive pattern of disregard for, and violation of, the rights of others that begins in childhood or early adolescence and continues into adulthood. This pattern has also been referred to as psychopathy, sociopathy, or dyssocial personality disorder.'

However the description is quite vague and if you aren't a psychology student, it's quite a lot of jargon. No one seems to know the actual underlying cause of psychopathy but everyone agrees that nature and nurture both contribute to the disorder.

The term psychopath is often associated with a malignant narcissist or a sociopath and some people often wrongly diagnose one for the other. Of course, there are various clinical tests that could diagnose the disorder, the point is many people display psychopathic tendencies without realising it.

One of the most commonly used tests to diagnose the disorder is psychopathy checklist called the Psychopathy Check List -Revised (PCL-R) by prominent psychologist, Dr. Robert D Hare. In the list there were initially 20 traits, now 21 that are prevalent in a psychopath.

- lack of remorse or guilt

- callousness and lack of empathy

- need for stimulation, prone to boredom

Now, what people need to understand is that it is not necessary for a psychopath to show all of these traits, and displaying one or two traits again does not qualify the label. In fact, there is a majority rule by which if one displays a certain percentage of the traits, then one can be classified as a psychopath.

Also these traits can be identified in a clinical setting, but to be used in real world proves difficult. Psychopaths generally wear a mask concealing their true feelings and urges, thus making them seem completely normal to those around them. Psychopathy and sociopathy are both anti-social personality disorders.

While both these disorders are the result of an interaction between genetic predisposition and environmental factors, psychopathy leans towards the hereditary whereas sociopathy tends towards the environmental. (Read: Mental illness neglected in India)

There are several distinctions between psychopathy and sociopathy, the table below describes the main difference.