What is Salman Khan suffering from? 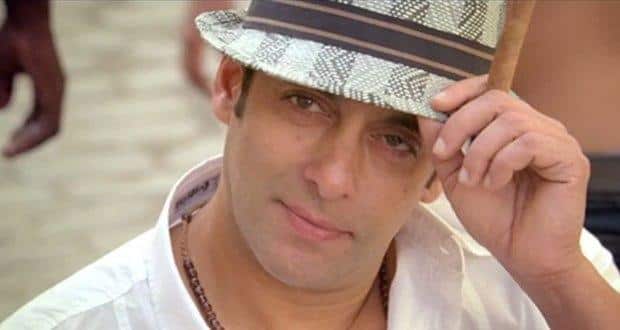 Dabangg 2 star Salman Khan will be leaving again for the US soon, to get treated for trigeminal neuralgia, a condition that the star first experienced while shooting for his film Partner. While he underwent a treatment for it in 2011, Salman has decided to get the condition treated again as the pain has become unbearable. The condition Sallu is suffering from is also called 'tic douloureux', or the 'suicide disease'. Characterised by intermittent, shooting pain in the face, jaw and eyes, trigeminal neuralgia affects the trigeminal nerve, which is the largest cranial nerve and sensory nerve of the head and the face. It is also the motor nerve for the muscles required to chew. The nerve sends impulses of touch, pain, pressure, and temperature to the brain from the face, jaw, gums, forehead, and around the eyes.

This condition is characterised by sudden, severe, electric shock-like, or stabbing pain that lasts several seconds or sometimes for a few minutes. The pain is felt largely on the face but may be localised around the lips, eyes, nose, scalp, and forehead. It can also cause a person's voice to become hoarse.

Usually the pain is brought on while performing simple functions like while brushing one's teeth, putting on makeup, touching the face, swallowing, or talking. Studies have shown that even a slight breeze can aggravate the condition.

Trigeminal neuralgia is a condition that is usually diagnosed based on the patient's description of his/her symptoms. There are a number of methods including an MRI (Magnetic resonance imaging) or an angioplasty that can be used to rule out other reasons for the pain, but there are no tests to detect the presence of this condition.

Treatment: There are certain medicines that help in reducing the pain and the rate of attacks. They are:

If medication does not help, or in some cases if a patient no longer responds to medication, surgery is the only option. The types of surgery that are available are:

In a number of cases, even after surgery, patients tend to experience the pain again after about two years. It is important that they get appropriate postoperative treatment at regular intervals.