What does your handwriting say about your health?

Your handwriting can tell you if you are dehydrated!

Emotional problems? Health issues? Stress? Evidently, there is no fault in our stars but fault only in our handwriting! So how much can your handwriting reveal about yourself? Graphologists say, a lot! The way you dot your 'i' and cross your 't' can reveal a lot about your mental, emotional and physical health. There was a reason why Pune-based graphologist Zubin Vevaina who heads A to Z Graphology took it upon himself to understand graphology. In 2005, when he started facing emotional, physical and financial upheavals, he undertook graphotherapy, a technique that uses handwriting as a means to bring about changes in one s personality and health. Ten years later, not only did Zubin turn his own life around, he also reached out to others who were facing similar problems and helped them beat their problems.

So how does graphotherapy or graphology really work? Does changing the way you write help you heal your body and solve your problems? It is a little more complicated than that says Mr Vevaina as he sheds light on some frequently asked questions about graphology.

How are handwriting and health related?

We can say that handwriting reflects the state of our health in real time, says Mr Vevaina. According to him, a good graphologist can help one understand the condition of the human body just by looking at the handwriting. Handwriting traits are studied by the graphologist at micro and macro level to detect any kind of health issue. It will reveal itself as certain combination of traits, adds Mr Vevaina.

What are the things a graphologist will look for in somebody s handwriting?

A graphologist will first make an assessment on the basis of your writing samples. Individual traits like dotting the i and crossing the t gives very little clues, reveals the graphologist. The handwriting analyst combines a variety of writing traits and observes what they reveal. To give an analogy, salt and turmeric powder have simple flavour profiles; but when we combine them, their properties and taste vary tremendously, explains Mr Vevaina.

What common health ailments could your handwriting reveal?

Ailments like back-aches, immune disorders, muscle aches, digestive disorders, headaches, cardiac and circulatory issues and hormonal imbalances are some of the issues that can be effectively identified through graphology and addressed through graphotherapy. By changing faulty writing style, the graphologist has helped many patients beat their emotional and medical issues. In his own experience, Mr Vevaina has overcome issues such as emotional instability, irregular bowel movements and low self-esteem issues by simply changing the way he wrote.

How can a health problem manifest in your handwriting?

Take the letter e for example. In diagram 1, the letter e on the left side has a distinct pen flick under it and is a trait seen in someone who isn t healthy. And on the right side, the same letter is written differently without the pen flick and it is a trait of a healthy person s handwriting. The letter 'e' in the first case is written by someone who shows signs of dehydration. 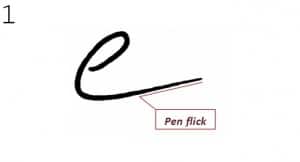 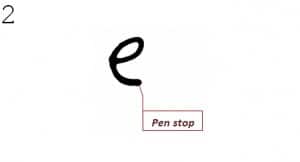 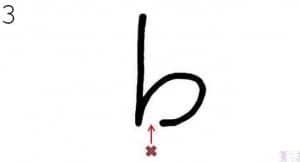 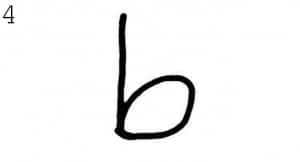 The geometries of these letters represent brain patterns. When they are rectified, they have a sort of reprogramming effect on the brain and the nervous system, reveals the graphologist.

Can graphology and graphotherapy help mental and neurological problems?

Yes says Mr Vevaina. Mental illness can be diagnosed and healed to a certain extent through graphotherapy. Through Graphotherapy we can improve the hand-eye co-ordination which then leads to better motor coordination skills and nervous system. Autistic and special children have been known to improve in behaviour and body movement after couple of sessions of Graphotherapy. We use written and unwritten techniques that bring about certain behavioural changes in the person which then leads to healing, says the graphologist.

Realistically, how much can graphotherapy accomplish?

Up to the stage where surgery or invasive healing (medicine and nutrition) is required, graphotherapy has a high rate of completely alleviating the illness from the person, says the graphologist with conviction. And like any other system of healing, early detection is always good. It increases the speed of healing and reduces the chances of the illness proliferating in the body, says Mr Vevaina.

It's perhaps time to take a good look at the way we write. Good health and happiness may just be a pen stroke away.

Image source: A to Z Graphology and Shutterstock