9 ways in which your body will change after hysterectomy

Does hysterectomy really lead to weight gain? Read to find out. 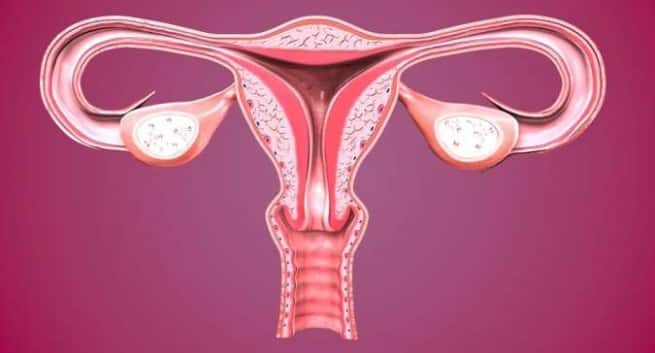 The uterus has some pretty impressive functions like expanding many times its original size to accommodate a baby during pregnancy and providing support to the bladder and the pelvic bones. However, problems such as fibroids, endometriosis and uterine cancer force many women to undergo hysterectomy, where a part of the uterus or the entire organ is removed. When such an important organ is removed, there are bound to be some changes in the woman s body. Dr Maya Lulla, Consultant Obstetrician and Gynaecologist at Nanavati Super Speciality Hospital uncovers some of the ways in which your life might change after a hysterectomy. Also Read - Early menopause ups your risk of osteoporosis by almost 56 per cent: How to deal with it

No weight gain: It s a misconception that many women put on weight after a hysterectomy. The real culprit here, according to Dr Lulla, is not the hysterectomy or the loss of uterus itself, but the inactivity on the part of the women. Many women limit their physical mobility and exercise after they undergo hysterectomy, explains Dr Lulla. They should be more active.” Also Read - Pregnancy complications may up stroke risk in later life

Ovarian functions may diminish: Dr Lulla says even in cases where there the ovaries have been kept intact, the loss of ovarian functions may happen over a period of time. Uterus and the ovaries share blood supply, so it is evitable that once the uterus is removed the ovaries stop functioning to their fullest capacity. Also Read - Breast Cancer Awareness month: Novel testing platform designed for breast cancer cells

Mood swings become more apparent: The hormonal changes brought about through the hysterectomy manifests as mood swings and irritability. The body is deprived of oestrogen which boosts female emotional health. This causes many women to turn cranky after the surgery, adds Dr Lulla. Read what causes mood swings and how you can deal with them.

Get ready for more hot flashes: Hormonal fluctuations resulting from the low oestrogen causes the blood vessels close to your skin to dilate causing more blood to rush to the surface. This results in waves of warm sensation with outbreaks of sweats any time of the day. Read which foods could be causing hot flashes.

Heart becomes more vulnerable: Usually, there are more cases of men being affected by heart problems than women. This is because oestrogen protects women from heart attacks, says Dr Lulla. After hysterectomy, low oestrogen levels in the body makes women more prone to cardiac issues.

Bones become fragile: After hysterectomy, bones in your body get weaker. Again, the cause is low levels of oestrogen. According to Dr Lulla, this situation can be mitigated by including calcium-rich food in the diet.

Loss of height: Shocking as it may seem, but there is a great chance of reduction in your height after hysterectomy. Dr Lulla says, Bone problems resulting from low oestrogen cause the space between two vertebrae to reduce. This problem also causes nerves to jam between the bones, giving rise to issues like frozen shoulder.

Bladder problems increase: Since the uterus provides support to the bladder and the bowels, urinary incontinence is seen among women who undergo hysterectomy. Even sneezing and laughing may cause loss of bladder control in such cases.

Difficulty having sex: Although your sex life doesn t come to a grinding stop after hysterectomy, it is never the same as before. Often, the top of the vaginal canal is sutured shut after the removal of the uterus. The procedure can also affect the flexibility of the vaginal tissue, making sex difficult. In addition to this, vaginal dryness causes friction and pain during intercourse. Innovative technique connects liver "directly" to the heart, saving a 21-year-old from a rare genetic disorder