We got talking to Dr Arvind Kate, Chest Physician and Pulmonologist to know about TB in children 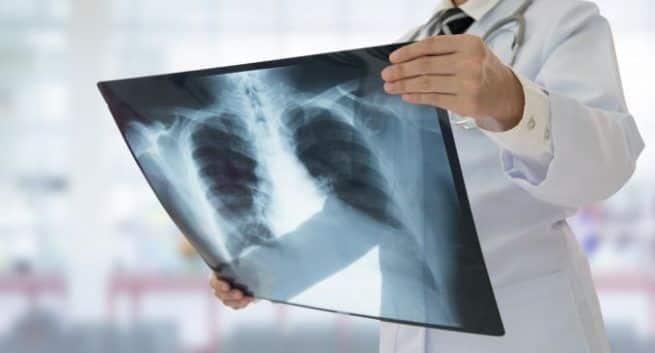 Tuberculosis or TB is a highly contagious or even life-threatening disease. It is a bacterial infection that first infects the lungs and then spreads to other parts of the body if the infection is not treated on time. Since kids have lower immunity the chances of the infection turning to become a severe malaise is more. However, diagnosing the condition at the right time and treating it with the right kind of drugs can help to eradicate the infection and make the little one TB free. Here are 10 FAQs about TB answered by an expert. Also Read - Tuberculosis: Here are some home remedies to accelerate the healing process

The global TB statistics show that there were around one million kids affected with tuberculosis in 2016. Diagnosing and treating tuberculosis in kids and that in adults need precision and proper clinical history. However, most of the time TB in kids go unnoticed as the symptoms are elusive and can be confused with other ailments like a seasonal cough, general loss of appetite, etc. So, we got talking to Dr Arvind Kate, Chest Physician and Pulmonologist, Zen Hospital, Mumbai to know about TB in children. Here are a few facts of the same: Also Read - Kids turning hypertensive: Get your child screened for early detection

Children get the infection just like the adults: Since TB is an airborne disease; children get the infection if they inhale the air that contains the TB bacteria. Children who are in close proximity to adults suffering from active TB are more at risk of developing the infection. Once a child inhales the TB bacteria it reaches the lungs and starts to multiply and grow. A child develops an immune response against the bacteria a few weeks after getting the infection. If the child is healthy and has stronger immunity it can stop the multiplication of the bacteria and ward off the infection. However, if the child has low immunity, the bacteria might grow and multiply in the lungs and if not treated it can spread to the lymph nodes and other surrounding organs.

The risk of TB progressing from primary infection to a full-fledged disease is more in children below four years of age and lessens gradually as the child ages. Children who develop the primary infection can develop TB disease after two years of the incident. Older children can also suffer from a relapse of TB or if the dormant infection becomes active again. Here are some tuberculosis dos and don ts to be followed by patients and their family members.

TB in children is preventable: Like adult TB, TB in children is also preventable. However, preventive measures should be taken by the patient to be sure that he/she doesn t spread the bacteria in the air. Adults who suffer from active TB should ensure they keep their mouths covered while talking, sneezing or coughing, especially if they are in the vicinity of kids. In infants, giving a dose of BCG vaccine can help to prevent a TB infection.

Children with low immunity are at risk: When a child inhales the bacteria and develops a primary infection his/her immune response can fight the bacteria and nib the infection in the bud. But for kids who have low immunity, especially the ones suffering from an HIV infection, malnutrition, kids less than five years of age or staying in close proximity to adults who have active TB.

In older children, like pre-teens and teens, who are under stress and indulge in wrong eating habits, have disturbed or fragmented sleep all of these affects their immune responses which makes them prone to a TB infection.

They are equally at risk of developing drug-resistant TB: Drug-resistant TB is a major concern among kids. An RNTCP survey in India found that 9% of children with TB were already resistant to rifampicin (the first line of antibiotics) before they started treatment. This means that they had become infected with drug-resistant TB.

They need proper treatment and follow-ups: Just like adults, children too have to follow a proper medication schedule comprised of various antibiotics to ward off the infection. They need to stick to the treatment to ensure they complete the dose of antibiotics and keep up with the follow-up appointments. Caregivers, usually parents of the kids need to be vigilant in this aspect.