World Cancer Day 2014: Two out of three cancer cases can be prevented! 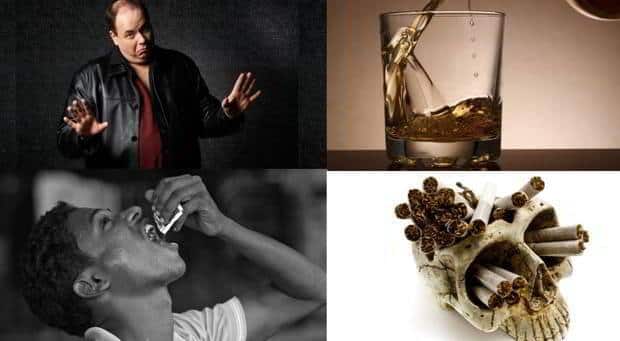 Tobacco alone is responsible for half the cancer cases in men and 25% in women. Alcohol and areca nut are two other substances which are known carcinogens but are still out of the radar of the regulators. Cervical cancer which in 90% cases are caused by HPV can be prevented by vaccination whereas breast cancer is predominantly a lifestyle disease which is caused mainly due to obesity. Dr Pankaj Chaturvedi, a Professor and Head Neck Surgeon at the Tata Memorial Hospital, tells us that by battling four issues – tobacco use, areca nut consumption, alcohol drinking and obesity we can prevent two out of three cases of cancer. Also Read - 4 breakthrough technologies that will change cancer treatment

World Cancer Day is celebrated on February 4 to raise cancer awareness and to encourage its prevention, detection and management. Cancer kills about 5 lakh people every year and this is projected to rise to 2015 by the WHO. The situation is only going to get worse due to increase in life expectancy, demographic transitions, effects of tobacco, alcohol and other risk factors. The leading sites of cancer are the oral cavity, lungs, oesophagus and stomach among men and cervix, breast and oral cavity amongst women. Cancer accounts for more deaths worldwide than AIDS, malaria and tuberculosis combined.

The four key strategies to combat cancer were laid down by the UN in 2011 . The UN resolution declared 4 key strategies to curb rising burden of cancers tobacco control, controlling unsafe use of alcohol, obesity control and better nutrition. It is a mammoth task to improve the nutritional status of a nation of one billion people. However, control on tobacco/areca nut/alcohol/ junk food is well within the reach of our policy makers. If curbed, we could prevent a lot of cancer cases:

As per the Global Adult Tobacco Survey (GATS) released in 2010 by the Ministry of Health and Family Welfare, West Bengal has 2.4 crore people consuming tobacco in some or other form. It is estimated that nearly one-third of them will die prematurely due to serious illnesses such as cancers, heart diseases etc. According to the recent WHO Global Report, Mortality Attributable to Tobacco, almost two in five deaths, among adults aged 30 years and above are caused due to smokeless tobacco. It is important to note that nearly 1.49 crores are using tobacco in the smokeless form. This is responsible for epidemic proportion of oral cancer in the state especially among youth. Though gutka is banned in several states, it can be easily accessed anywhere without any restriction. The Ministry of Health and Family Welfare and FSSA (Govt of India) have agreed that flavoured smokeless tobacco (SLT) products are unsafe food.

There is no law to prohibit smoking products (cigarette, cigars and bidi). The only way to discourage their usage is to strictly implement Cigarette and Tobacco Product (COTPA) act that aims to prohibit smoking in public places; prohibit sale to minors; stop direct and indirect advertising. Taxation is a very powerful tool that is known to decrease consumption world over. Unfortunately, West Bengal has low taxation on tobacco and poor implementation of COTPA.

Alcohol is a confirmed cancer causing substance as per the International Agency for Research on Cancer, WHO. Alcohol is causally related to cancers of the mouth, oropharynx, liver, oesophagus and breast. Alcohol consumption increases the risk of Larynx cancer by 17 fold and mouth cancer by 10 fold. The risk becomes much higher when tobacco is consumed along with Alcohol. Apart from cancer, It causes dependence syndrome, cirrhosis, pancreatitis (acute and chronic), gastritis, polyneuropathy, haemorrhagic stroke, psychoses, epileptic seizures and other mental conditions.

There are about 2 billion people worldwide who consume alcohol and 76.3 million suffer from nearly 60 types of alcohol- related diseases and injury. Alcohol causes 1.8 million deaths (3.2% of total). Akin to tobacco in 80s, alcohol has great social acceptability because of several decades of shrewd marketing. Both continue as profit making industry despite plethora of evidence against them. Alcohol is one of the leading risk factor for disease burden in low mortality developing countries and the third largest risk factor in developed countries. (Read: Can alcohol cause cancer?)

Its consumption leads to actions that result in unintentional injury and deaths such as traffic accidents, fall, and occupational injury. This alone account for about one third of the 1.8 million deaths. Interestingly, alcohol usage is associated with many negative consequences both for the drinker’s family and community. Just like tobacco, these negative economic consequences are more pronounced in impoverished nations.

Unfortunately, rather than discouraging people to pick up drinking, alcohol is being heavily advertised in all forms of media. The positive portrayal of alcohol in cinemas has dramatically increased in last decade and censor board finds nothing abnormal in it. Newspapers, television and hoardings carry surrogate advertisements of Alcohol and Advertising Standard Council of India seems to have done nothing for that.

India has got one of the highest incidences of oral cancer in the world. The cause of this high incidence is the chewing of smokeless tobacco and areca nut in varying combinations such as zarda, khaini, betel quid, gutka, pan masala, etc. While smokeless tobacco is a well accepted carcinogen and regulated under Cigarette and Other Tobacco Products Act 2003 (COTPA), Areca Nut is considered to be safe by most. Just like tobacco, areca nut or betel nut is a psycho-stimulant, an addictive substance and a well known carcinogen. The cancer causing properties of areca nut have been well reported in animal, human and epidemiologic studies. The World Health Organization and International Agency for Research on Cancer classified Areca nut as a Group 1 human carcinogen with sufficient evidence. There are several other reports that have linked areca nut chewing (with or without tobacco) with hepatocellular carcinoma, cholangiocarcinoma, cancers of the larynx, stomach, lung and cervix in humans. Read whether the ban on gutka and other smokeless tobacco products is working!

Pan Masala or supari mix(a combination of areca nut, spices, sugar, flavouring agents, perfumes) glamorizes this inherently harmful food. As per the food standards authority of the Government of India, such Areca Nut products are permitted to be sold with a health warning printed on the packets. Pan Masala is sold as a mouth freshener with a minuscule warning on the packet. It is advertised aggressively on all popular media with celebrity endorsements. While section 2.3.4 of Food Safety Standards Act of India Regulation 2011 (FSSAI) warrants prohibition of gutka, there is no such legal provision for banning Pan Masala or areca nut product.

Obesity is a condition where an individual has an abnormally high proportion of body fat. It is associated with increased risks of the cancers of oesophagus, pancreas, colon, rectum, breast, endometrium etc. One study, using NCI Surveillance, Epidemiology, and End Results (SEER) data, estimated that in 2007 in the United States, about 34,000 new cases of cancer in men (4 percent) and 50,500 in women (7 percent) were due to obesity. The proportion of cases attributed to obesity varied widely but was as high as 40 percent for some cancers especially endometrial cancer and oesophageal adenocarcinoma. This analysis also reported – ‘if every adult reduced their BMI by 1 percent (approximately 1 kg for an average adult ), it would prevent about 100,000 new cases of cancer. (Read: 22 ways obesity can cause cancer)

The fast food industry has mushroomed all over India and their powerful advertising has influenced the eating habit of most urban kids. The advertisement of burger, pizza, chocolates, soft drinks, noodles, biscuits have misled the young vulnerable to accept it as a safe food. It is not surprising that fast food coupled with lack of exercise has lead to sharp increase in obesity in urban population. 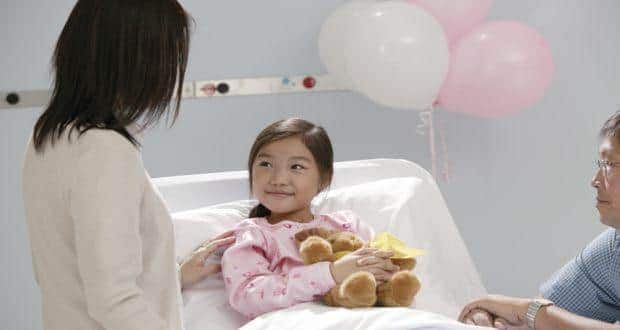 Cancer in children -- recognise symptoms early, save your child's life