Thyroid surgeries without scars, thanks to the Robotic Surgical Systems 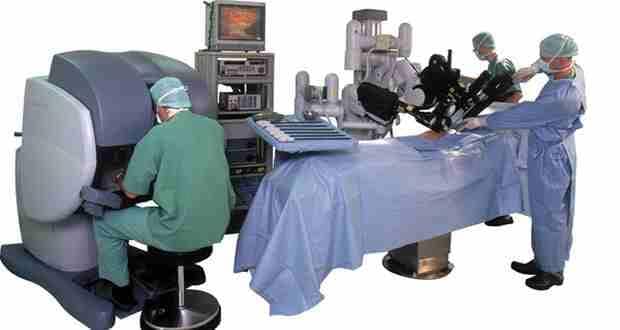 Thyroid is a small but valuable gland located in the neck. It produces thyroid hormones which control body temperature, regulate metabolism, influence growth and development and regulate use of proteins and vitamins. Hence, saving the thyroid in cases where it is afflicted by cancer or malignancy (5 per cent of all thyroid nodules) is of prime importance.

Traditionally, surgery of the thyroid is done through a cut in the lower part of the neck. In most cases the cut heals well leaving behind a fine scar; but some people have a tendency to form thick and unsightly scars. Additionally, a neck scar may be psychologically upsetting to young patients. Thanks to the advent of the Robotic surgical systems, it is now possible to do thyroid surgery without opening the neck and without leaving a visible scar!

So, what is a robotic surgical system?

The Robotic system is a revolutionary innovation which uses specially designed robotic arms to perform surgical procedures in areas which are otherwise difficult or impossible to reach. The robotic arms are controlled by a computer console which the surgeon operates using hand and foot controls - somewhat like a video-game, but a thousand times more precise and sophisticated. The endo-wrist attached to these arms can move in different directions and at multiple angles (270 degrees) - something that the human wrist cannot. This helps it to dissect, suture and divide tissues with a precision that even the most dexterous surgeon cannot. An endoscopic camera provides a 3-D magnified view of the surgical field (area being operated) when viewed through the console; making structures like nerves, blood vessels etc. much larger and therefore more easily visible enabling faster surgery with more precision. Using small and hidden cuts surgeons can remove complex tumours with minimal tissue damage, hastening recovery and reducing hospitalization. Wondering how the robot performs surgery? Well, it doesn't. Though the robot facilitates the surgery, it is the operating surgeon's hand movements that are transmitted to the robotic arms and the surgeon continues to direct the operation. The newer generation robotic systems (da Vinci Si) have motion scaling with tremor filtration. This eliminates tiny, uncontrolled movements in the surgeon's arms making surgery much more precise. The main application of this system has been in cancer, cardiac and urologic surgery.

Robotic thyroid surgery for benign and cancerous nodules of the thyroid gland is done through a cut in the arm-pit (axilla). This avoids a visible scar in the neck. Specially designed retractors allow the robotic arms to reach the neck region and remove the thyroid without cutting open the neck!

Other applications of the robot in cancer surgery include;

As the superiority of this technique over open and laparoscopic surgery is being established, many other indications are still evolving. With time, robotic surgery is expected to replace other conventional methods of surgery.