Breast cancer can be one of the most traumatic things a woman has to go through. Here is the true story of one woman's battle with the disease.

Tags: Cancer in women  Cancers in Women  Chemotherapy  In the news  Women's health 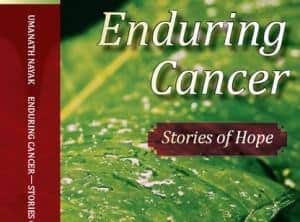 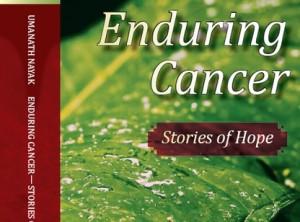 Excerpt from Dr Umanath Nayak’s book ‘Enduring Cancer – Stories of Hope’. Dr Nayak is a Head and Neck Cancer surgeon, Apollo Cancer Hospitals, Hyderabad. His book may be purchased online through Flipkart and can also be downloaded on Amazon Kindle. Also Read - Small delays in cancer treatment can up death risk by 10%, says study

The   chemotherapy   was   taking   its   toll.   With stage IV metastatic breast cancer and with bones and liver  riddled  with  secondaries,  Dr  Sabitha  had  just a  few more months to live. Till recently, this had not stopped her from continuing her practice as a full-time gynaecologist at the Apollo Hospitals. She would take her  shot of the weekly chemotherapy and, within the next few hours, would be seen in the operation theatre, performing a hysterectomy or an emergency C-section. Her anaesthetist would just look on in wonder and click his  tongue at her indomitable spirit. It was probably her  way  of  cocking  a  snook  at  the  cancer  that  was slowly destroying her. The chemotherapy was gradually compromising her immunity and it was no wonder that in trying to save a woman with a bad lung infection in obstructed labour, she contracted the same infection herself. Also Read - Chemotherapy and sex: Is sexual activity safe during cancer treatment?

Dr  Sabitha  was  in  the  ICU  on  a  ventilator  for  a month with full-blown pneumonia and in septic shock. The ENT surgeon had to perform a tracheostomy, a procedure for opening the windpipe, to facilitate her ICU care. She recovered finally and was taken off the ventilator. For a long time, the tracheostomy opening kept bothering her by refusing to close spontaneously, creating  a  nuisance  during  respiration  and  speaking. For  some  reason,  she  asked  for  my  help  in  getting it  closed. I was only too happy to do whatever little I could to help her, though I did wish that circumstances had been better.

Dr  Sabitha  was  diagnosed  with  stage  II  breast cancer  in  1997.  Hardly  38  years  old  then,  she  had detected a lump in her right breast in the course of a routine self-examination. A mammogram strongly suggested   the   possibility   of   cancer.   She   and   her husband, Dr Rath, a senior cardiologist with the Apollo Hospitals, immediately decided to go to Mumbai for the rest of the work-up and treatment in order to avoid the embarrassment of the entire hospital being aware of her condition.

Both of them had been with the Apollo Hospitals since the early 1990s and had well-established practices. Dr   Rath  used  his  connections  with  cardiologists  in Mumbai and got her admitted and operated by a leading surgical oncologist at the Breach Candy hospital.

After  the  diagnosis  of  cancer  was  confirmed,  a total  mastectomy  and  removal  of  the  lymph  nodes of   the  armpit  (axillary  dissection)  was  performed. Since  the  cancer  had  not  spread  to  the  nodes  in  the armpit,  as  revealed  in  the  histopathology  report,  the surgeon  felt that no further treatment was necessary at that  time. But the medical oncologist, who saw her subsequently, strongly recommended chemotherapy, as there were some other negative prognostic factors in her histopathology specimen.

of breast cancer. This has mainly to do with the present understanding  that  breast  cancer  is  not  a  disease localized to the breast, but a systemic (or generalized) disease from the very beginning, with a high propensity to spread to other parts of the body.

Overtly aggressive surgical removal of the breast and its surrounding structures, as was practised before the  1970s (Halsted radical mastectomy), is no longer in vogue. Less aggressive procedures, such as modified radical  mastectomy  and  lumpectomy  (removal  of  the lump alone), are standard procedures today for local treatment, along with axillary node sampling. This approach has, to some extent, reduced the psychological impact of mutilating surgery on the breast. In addition, the  routine use of chemotherapy even in early breast cancer to eliminate possible metastasis has improved cure rates significantly.

In view of the difference of opinion between the surgeon and the medical oncologist regarding the use of chemotherapy, Dr Rath decided to take his wife to the USA for a second opinion. The doctors at the Memorial Sloan-Kettering   cancer   centre   in   New   York,   after re-evaluating her pathology specimen, were in concurrence that Sabitha should indeed receive chemotherapy as studies showed that she would not be   responsive  to  hormonal  therapy.  In  addition  to regular chemotherapy, they also recommended the use of  another drug, Herceptin, which had just then been introduced in the USA. Breast cancer is one of those cancers (the others being ovarian and endometrial in women, and prostate and testicular in men) in which the body’s naturally produced hormones play a major role in the initiation and progression of the cancer. Manipulation of these hormones, i.e. reducing their effects through drugs and other means, retards the progress of the cancer and can even  help  in  cure.  The  hormones  that  are  important in   breast   cancer   are   oestrogen   and   progesterone. It  has  been  found  that  approximately  60%  of  breast cancers  express receptors to these hormones in their tumour tissue. These cancers are termed ER (oestrogen receptor),   PR   (progesterone   receptor)-positive.   ER, PR-positive   patients  benefit  from  using  drugs  such as  tamoxifen,  which  block  these  receptors  and  thus prevent the naturally occurring hormones produced by the patient  from stimulating the growth of the cancer. The  remaining  30%–40% of tumours do not express these receptors and are termed ER, PR-negative. These patients  do  not  benefit  from  hormonal  manipulation and overall,  their prognosis is worse than that of ER, PR-positive  patients. For such patients, chemotherapy is  recommended even in the early stages. In addition, since  the late 1990s, yet another receptor, the HER-2 receptor,  has been studied in breast cancer tissues. It has been found that patients who have these receptors fare worse than those who do not have them. At the same time, they benefit from the use of Herceptin, which blocks these receptors. Today, this drug has become a standard part of the treatment of HER-2-positive breast cancer.

Sabitha’s cancer was ER, PR-negative and HER-2- positive. All the features of a bad cancer! Sabitha and Dr Rath returned to India and went to  Breach  Candy  for  chemotherapy.  She  received  six cycles of chemotherapy, in addition to Herceptin. The Herceptin had to be imported from the USA at a great cost, as it was not yet available in India. Dr Rath took up  a  suite  for  his  wife  at  Breach  Candy,  overlooking the   sea.  He  would  shuttle  between  Hyderabad  and Mumbai every week, practising at Apollo from Monday to  Friday and flying to Mumbai on Friday evening to spend  the weekend with his wife. They kept the news of  her cancer and the treatment secret and no one in Hyderabad, including their family, was aware of what was going on. They did not want to upset their children as far as possible.

When Sabitha returned to Apollo after an absence of four months, the initial curiosity about her long absence and her new hairstyle (she had lost all her hair due to the chemo and was wearing a wig) soon faded and she immersed herself in her practice. This kept her mind off  the unpleasant thoughts and worries that plagued her and her husband about a possible recurrence of the cancer. She continued Herceptin for one full year.

Two years after the completion of her treatment, without any warning, Sabitha developed metastasis in her bones. Once again, they visited the Memorial Sloan- Kettering hospital in New York to explore the options. The medical oncologist later called Dr Rath privately to  his chamber and told him that it was time that the rest  of the family was taken into confidence regarding her  condition. The cancer was incurable and she only had  one or two years to live. Palliative second-line chemotherapy was suggested to prolong her survival.

The  burden  of  informing  Sabitha’s  parents  and other   family   members   fell   on   Dr   Rath.   The   most difficult part was breaking the news to their children. His  daughter, then 12 years old, took the news quite calmly and the maturity she displayed was far beyond her years. Their 8-year-old son was not fully able to comprehend the gravity of the matter, though he was aware that something was seriously wrong.

Sabitha continued her chemotherapy and her practice side by side. In the words of her husband, ‘She was  a  brave  woman  who  refused  to  succumb  to  the cancer. It just took her away!’

As Sabitha’s condition gradually deteriorated, her mother came to live with them and remained by her side day and night. On 3 March 2003, Dr Sabitha breathed her last. The entire hospital mourned the passing away of  a courageous doctor who fought her disease till the very end on her own terms.

(Also read by Dr Nayak: How to cope with incurable cancer)

Dr Umanath Nayak’s book may be purchased online through Flipkart  and can also be downloaded on Amazon Kindle. 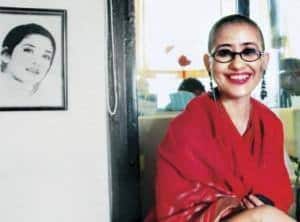 I’ve always been a fighter all my life: Manisha Koirala

Kids of obese mums likelier to die of heart disease