Also Read - Indian COVID-19 Variants To Be Called 'Kappa' And 'Delta': WHO Announces

On the eve of World Malaria Day 2012, WHO hails global progress in combating malaria but highlights the need to further reinforce the fight. WHO’s new initiative, T3: Test, Treat, Track, urges malaria-endemic countries and donors to move towards universal access to diagnostic testing and antimalarial treatment, and to build robust malaria surveillance systems. Also Read - WHO Chief: Don't let your guard down, the pandemic is a 'long way from over'

“In the past ten years, increased investment in malaria prevention and control has saved more than a million lives,” says Dr Margaret Chan, WHO Director-General. “This is a tremendous achievement. But we are still far from achieving universal access to life-saving malaria interventions.” Also Read - Coronavirus unlikely to have leaked from China lab: WHO

Progress not enough to meet target

A massive acceleration in the global distribution of mosquito nets, the expansion of programmes to spray the insides of buildings with insecticides, and an increase in access to prompt antimalarial treatment has brought down malaria mortality rates by more than a quarter worldwide, and by one third in Africa since 2000. But simply maintaining current rates of progress will not be enough to meet global targets for malaria control.

WHO therefore urges the global health community to further scale up investments in diagnostic testing, treatment, and surveillance for malaria in order to save more lives and to make a major push towards achieving the health-related Millennium Development Goals in 2015.

Endemic countries should be able to ensure that every suspected malaria case is tested, that every confirmed case is treated with a quality-assured antimalarial medicine, and that the disease is tracked through timely and accurate surveillance systems.

“Until countries are able to test, treat, and report every malaria case, we will never defeat this disease,” says Dr Margaret Chan, who is in Namibia for World Malaria Day this year. “We need strong and sustained political commitment from all countries where malaria is endemic, and from the global health community, to see this fight through to the end.”

“T3: Test, Treat, Track aims to galvanize endemic countries and their partners to build on the success of malaria prevention efforts over the past decade,” says Dr Robert Newman, Director of WHO’s Global Malaria Programme. “In recent years, there has been major progress in the development of new diagnostic tools and highly effective antimalarial medicines. The challenge now is to ensure these tools get used, and that countries accurately measure their public health impact.”

The availability of rapid diagnostic tests has made it possible to improve and expand diagnostic testing for malaria. The rate of testing – in the public sector in Africa – rose from less than 5% in 2000 to 45% in 2010. Meanwhile, the number of ACTs procured worldwide by government health departments also increased exponentially: from 11 million in 2005 to 181 million in 2010.

However, malaria transmission still occurs in 99 countries around the world, and the malaria burden continues to cripple health systems in many African countries. In 2010, this entirely preventable and treatable disease caused an estimated 655 000 deaths worldwide. About 560 000 of the victims were children under five years of age, which means malaria killed one child every minute.

“Sustaining recent gains in Africa will require continued political commitment and funding,” said Dr Thomas Teuscher, Executive Director a.i., Roll Back Malaria Partnership. “An estimated 3 million lives can be saved between now and 2015, if we continue to work in partnership and if governments in endemic countries redouble their efforts to provide people with essential health services.”

World Malaria Day was instituted by the World Health Assembly at its 60th session in May 2007 to recognize the global effort to provide effective control of malaria. It is celebrated on 25 April ever year.

Note: WHO’s statistical uncertainty range for global malaria mortality is 537 000–907 000 – an indication of the urgent need for better surveillance and improved reporting. 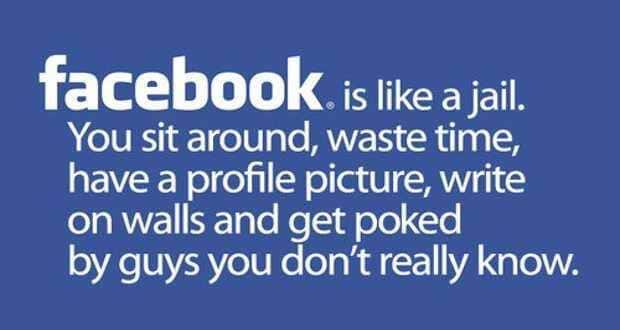 How to use Facebook so it doesn't use you