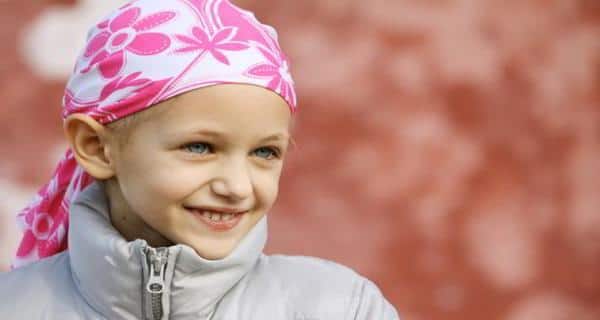 Being diagnosed with cancer can be devastating and a fairly depressing situation. But it important to realise that cancer does not mean death and there are a number of advanced medical techniques that can help you. That being said, one of the biggest problems patients with cancer face is to believe the common myths about the disease. In this post we bring you 10 most common misconceptions about cancer and debunk them for you. Also Read - Overweight Cancer Patients Receiving Immunotherapy May Live Longer Than Thin Patients

No, men can also suffer from breast cancer, although men only account for 1% of breast cancer cases. Almost 80% men who are at risk aren t even aware that they can have this ailment. If you are a man and have a lump around the chest area it is a good idea to have it checked.

Yes it can cause death but new treatment methods have made survival a distinct possibility. There are thousands of cancer patients who have fought and beat the disease.

Myth#3: Some types of cancer can be contagious

No type of cancer is contagious. However, there are two known contagious viruses, HPV (Human papillomavirus) and Hepatitis C that can cause cancer. HPV is a known risk factor for cervical cancer and Hep C causes liver cancer. Both viruses can be transmitted through unprotected sexual intercourse and Hep C can also be transmitted through sharing needles or blood transfusions.

Cancer can only be cured by proper treatment, positive thinking does help patients deal with the process but it can t really cure the disease on its own.

Myth: Only smokers get lung cancer.

Along with smoking there are various things other causes of lung cancer. Excessive exposure to asbestos, radon, uranium, arsenic, genetic predisposition, long-term exposure to second hand smoke and lung scarring from any prior illness can all cause lung cancer.

Research suggests if anything light or mild cigarettes might actually be more harmful because smokers tend to take a longer drag than regular ones thus inhaling more smoke. In fact in 2010, a bill was passed in the United States that banned tobacco manufacturers to use the words light, mild or low on the cigarette packing. The only way to reduce the cancer risk is to quit smoking completely.

Myth: There is no way you can reduce your cancer risk.

There are a lot of measures you can take that will significantly reduce your cancer risk. Abstaining from tobacco products, eating healthy, exercising, using protection during sexual intercourse, using sunscreen and avoiding intravenous drugs are some measures one can take to avoid health issues.

Myth: Surgery causes cancer to spread through the body.

This myth probably came into being because by the time cancer is diagnosed and surgery is recommended, the cancer would have already started spreading to other parts of the body. This causes people to think that the aforementioned surgery leads to the spread of cancer. There is absolutely no data to support the fact that surgery or getting a biopsy can cause cancer to spread to unaffected body parts.

Myth: Man made carcinogens are worse than natural ones.

Truth: The general consensus seems to be cancer is a man-made disease and it s man-made chemicals that are responsible for the worst cases of cancer. The basic mechanisms involved in the entire process of carcinogenesis are qualitatively similar, if not identical, for synthetic and naturally occurring carcinogens. Some natural carcinogens are tannin (present in tea, coffee and cocoa), cycad (cycad seed powder is used to make food items such as Puttu, Eenthu kanji, Eenthu payasam, etc. dishes which are very popular in Kerala), saffrole (found in sassafras tea, cinnamon, nutmeg, and other herbs and spices), alfatoxins and ochratoxin A (Aflatoxins and Ochratoxin A are natural toxins made by fungal food contaminants).

Myth: Every abnormal growth is cancerous.

Abnormal growths termed benign lack the ability to spread to other parts of the body like a cancer. The symptoms in this case are mostly caused due to the physical mass cosmetic problems, obstructions (in intestine), pressure causing pain, nerve and blood vessel compression etc. Most of the benign tumours can remain untreated. If they are causing any of the above problems, they can be surgically removed.

Vitamin A supplement keeps malaria away!