Suffering from uncommon diseases, do not lose hope! 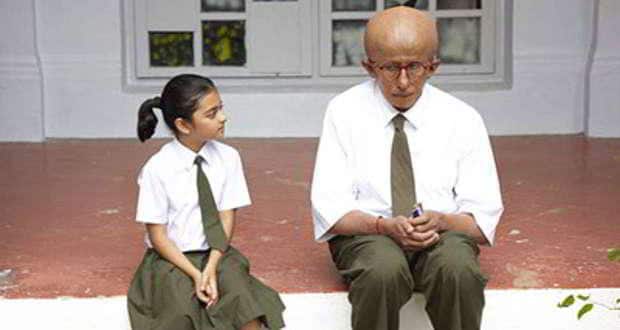 How did you react when you saw Big B as 'Auro' in the movie 'Paa'? You must have been bewildered or curious to know how a 12 year-old child could look like a 70-year-old man? It was because Amitabh was suffering from a rare genetic disorder called progeria.

Rare or uncommon diseases not only exist in reel life but also in real life a recent case of this is of the 16-month-old girl from Tripura who is suffering from hydrocephalus, a condition in which cerebrospinal fluid builds up in the brain and causes swelling. She is now in the capital to seek treatment.

Rare diseases have always been the centre of discussion among the medical fraternity but the general public was not earlier aware given the very low penetration.

The medical fraternity is of an opinion that the diagnostic modalities are improving and are easily accessible in India. Dr Vandana Kent, senior consultant at Rockland Hospital, says, 'Uncommon diseases are not at all becoming common in India, it is just that the state of education in our country and the technology has made the people more aware about the existence of such diseases.'

Few examples of the rarest of rare diseases in India which have caught the attention of public in the recent past are progeria, congenital insensitivity to pain with anhidrosis (CIPA) and conjoined twins.

Progeria is a rare abnormality and causes premature ageing in children. According to media reports, in the state of Bihar, Bisul Khan and his wife Razia Khatoon have a total of seven children of which five are suffering from progeria.

According to Progeria Research Foundation, progeria affects approximately one in four - eight million newborns. There are an estimated 200-250 children living with progeria worldwide at any one time. Its symptoms include growth failure, loss of body fat and hair, aged-looking skin and stiffness of joints.

Congenital insensitivity to pain with anhidrosis or CIPA is an inherited disease of the nervous system that prevents the sensation of pain, heat, cold, or any real nerve-related sensations. It is also one of the rarest of its kind, with the first case being reported in 1983. In India, two cases of CIPA have been reported till date.

According to facts provided by University of Maryland Medical Center, conjoined twins are genetically identical, and are, therefore, always of the same sex. They develop from the same fertilised egg, and they share the same amniotic cavity and placenta. Approximately 40 to 60% of conjoined twins arrive stillborn, and about 35% survive only for one day. The overall survival rate of conjoined twins is somewhere between 5-25%.

The Indian healthcare system has had several significant achievements over the last 50 years in dealing with the uncommon diseases. Dr Sandeep Vaishya, Additional Director, Neurosurgery at Fortis Memorial Research Institute, Gurgaon, says, 'India is fully equipped and technologically advanced to treat such diseases. All this requires skilled clinical expertise, trained physicians, technological advancements and infrastructure to go for certain complex surgeries which are available nowadays.'

Earlier this month, the court refused the option of a surgery to separate Saba and Farah and directed the state government to grant the family Rs 5,000 per month. Saba and Farah are conjoined twins and they share an artery that carries blood to their hearts. Also, Farah has two kidneys while Saba has none.

'Access to medical care at the right time is important for the treatment of such kinds of rare diseases,' warns Dr Srikant Sharma, Consultant, Internal Medicine at Moolchand Medcity, New Delhi.

Hope prevails for those who are born with a rare disease.

Tired of reading? Check out our YouTubeChannel