Stress during pregnancy is bad for baby, says META-Health expert 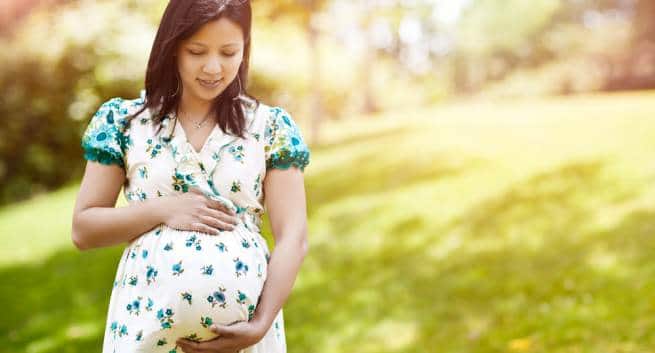 Once I read a quote, A baby fills place in your heart that you never knew was empty. This got me thinking if pregnancy was really such an amazing experience then why is it that some of the women never have the privilege of being a mother, some of the women have to deal with real difficult pregnancy and some of them deliver babies with congenital problems. These questions bombarded my mind and I just could not make sense of the suffering that a child and the family are subjected to due to congenital disorders. I wondered if birth defects could be connected with stress. I was remained of my own time when I had found out that my son was suffering from posterior urethral valves, reflux of urine and had a hole in the heart. Also Read - Pregnancy fatigue can be exhausting: Easy ways to overcome this problem

Being a META Health expert I dived deep to understand what makes an innocent life suffer. That is how META-Health and NES-Health Information Medicine helped me understand the mysteries of birth defects. Also Read - Is it a boy or girl? Your appetite can reveal the gender of your baby

How stress and congenital birth defects are related, according to META-Health

META-Health is a diagnostic tool which states that stressful events faced by the mother during her pregnancy have a possibility of creating birth defects. Thus babies in-vitro environment has to be stress free. Doctors believe that stress is a silent killer and birth defects are just a reflection of how the foetus adapted to the stresses in-vitro, which create biological and hormonal changes inside the mother, thereby increasing its negative impact on the child in his intrauterine environment. Other factors creating birth defect are genetic, environmental, behaviour factors, wrong nutrition, or side effect of medications, drugs, alcohol or smoking. Both mother and the unborn child are subjected to these stresses simultaneously.

This is a sensory defect. According to META-Health, cataract or greying of the lens develops in late forties and early fifties, due to visual disconnect which would mean separation from children, parents or some other loved one who is equally important. This visual separation creates the feelings in the affected person that life is colourless, grey and there is nothing to look forward to. When this disease manifests in a newly born child, one has to wonder what was the visual separation the baby or the mother underwent during her pregnancy.

Baby Zara (name changed) was born with cataract in both eyes. When her mother contacted me for healing, she told me her story- The mother had been to her maternal home during the eight month of her pregnancy. She had a fallout with her sister. Her father got involved, he pushed his pregnant daughter out of his house and told her never to return. This created a brutal visual separation shock for the mother which got even more aggravated as she spent the entire night on a dark dusty road to return to her own house only the next day at 10 am. She could not tell her husband, friends or her in-laws anything about the incident.

After this episode she felt that her life had become colourless and grey without the presence of her parents and sister. She longed for their presence but couldn t connect back again. This brutal visual separation with her family resulted in her baby paying a very heavy price by being born with cataract in both the eyes. This shows that stress due to visual separation during pregnancy can make it difficult for the baby to cope with its repercussions.

Baby Zoey (name changed) was three days old when she showed rash on her genitals, back and thighs along with a bend foot and leg. Doctors told that she would not be able to walk properly for life. When her parents got her to me for healing, I used NES-Health Provision scanning machine, mi-Health device and META-Health techniques to diagnose and sort the problem. Interestingly, the rashes healed after five days of applying plain coconut oil. But what the NES body scans of both mother and daughter showed shocked me. I realised that both of them had pent up anger within them. The mother is an adult so such emotions are common but anger in a three day old baby surprised me.

On probing the parents of the child, it was understood that the father of the child and his family presumed the unborn child to be a baby girl and they wanted a baby boy. The family started abusing the mother verbally and physically, as they wanted a boy child. This had an adverse impact on the baby. She felt unaccepted as a girl; the rash on the genitals was the babies attempt to change her genitals. Her legs were bent because her mother had felt trapped in such hostile an environment, as she could not escape the verbal and emotional abuse that she was being subjected to by her husband s family. However, the baby is now healed and doing better in life.

Anu Mehta is the only Master trainer of a diagnostics tool called META-Health, and a trainer in Information technology called NES-health and Advanced Clearing Energetics in India today. She also trains people in various emotion releasing techniques. She assists in healing people by identifying the stress, which causes physical illness or psychological illness. Disease according to her is an adaptation that the body undergoes to assist the person to deal and adapt with the stressful environment. www.metahealthindia.com