It is Shah Rukh Khan's birthday and we would like to wish the king Khan happy birthday with a few tips for his health. 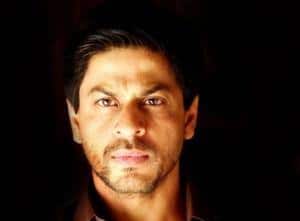 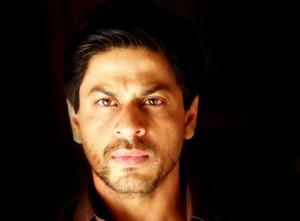 Bollywood’s King Khan turned 48 today and we must say that we really love him. There’s something about him which is quite unlike other actors. It’s almost as if he has no PR agency to prove him with sound bites, he says what comes to his mind, does what his heart desires . Basically he’s the everyman who has been thrust into the limelight and hasn’t let it affect him. He does movies that he feels his audience will love, doesn’t give two hoots to the pretentious intellectual critics sitting in their ivory towers who accuse him of making sub-standard cinema and calls a spade a spade. He does considerable charity work (something most people also don’t know) but doesn’t talk about it since he believes charity shouldn’t be for the camera. However, there are aspects of King Khan’s persona that we’d love him to change. Here are four of them: Also Read - Reduced Sexual Desire To Pain In Genitals: The Top 10 Effects of COVID-19 Infection On Men’s Health

He needs to quit smoking Also Read - Smoking may up inflammation risk in HIV positive people; Know the truth

We realise it’s completely SRK’s decision whether he wants to quit smoking or not. But he needs to understand that by smoking in public, he influencing a million youngsters to start smoking. The masses are extremely impressionable and when they see him light up in a stadium or see his characters onscreen light up, they tend to follow suit. Even Rajnikanth, who was famous for flipping a cigarette  and  catching it in his lips – something many of our youngsters try – quit smoking and urged his fans to do the same after suffering from smoking-related health issues. It’s estimated that at the current rate, smoking will kill a billion people in this century. Imagine the number of lives he could save by denouncing his habit and asking his fans to kick the butt. And smoking isn’t really good for his health either! Also Read - Prostate cancer: Bring down you risk of this condition by having several cups of coffee a day

He needs to control his temper

The actor is well-known for losing his temper again and again. Perhaps he feels he feels he is being slighted but SRK has to comprehend that he cannot force his will upon others. There’s no point discussing whether he was right or wrong at the Wankhede Stadium or at Sanjay Dutt’s party where he allegedly assaulted Shirish Kunder. There’s no justification for anger, not even provocation.  Not only does anger make you do terrible things, it’s downright stressful for the person who’s angry as well and will have a detrimental effect on his health.

He needs to take better care of his back

SRK hurt his spine when filming an action sequence for the now-hard-to-remember cameo role in Shakti: The Power and aggravated it further by appearing in stage shows afterwards. He suffered from a prolapsed disc and to avoid surgery tried a host of alternative multiple therapies including acupuncture, Reiki and homeopathy and some other bizarre techniques (one of which involved a holy man asking him to use moonstones instead of titanium for his spine). The actor’s situation got so bad because he constantly neglected the injury and we wish he’d not put shooting or his other commitments ahead of his health. Similarly, SRK suffered a shoulder injury while filming his runaway hit Chennai Express. Though the injury was diagnosed early and asked to undergo surgery, the actor again chose to put his work before his health. While we understand that commitment to one’s work is a great thing, it shouldn’t come at the expense of one’s health. King Khan really needs to understand that.

He needs to live a healthier lifestyle

Despite flaunting six-pack abs in movies, the actor lives a notoriously unhealthy lifestyle. He once said, ‘No, I don’t sleep. I smoke about a 100 cigarettes. I forget to eat. I have to eat food. I just remembered halfway through your shoot. Umm…I don’t drink water. I have about 30 cups of black coffee and I have a six-pack. So the less I take care of myself, the more I get taken care of.’ All the things mentioned above – the number of cigarettes he smokes, the irregular meals, the innumerable cups of black coffee and haphazard sleep schedule – will take a toll on his health. SRK needs to realise that he won’t be young forever. We hate to preach but we want B-town’s most real actor to be around and hale and hearty. The world will be a lesser place without his wit, spontaneity and sarcasm.

Ayurveda sees a sharp decline in takers this Dhanvantri Divas