Prevention of transmission of HIV-virus to the child during pregnancy 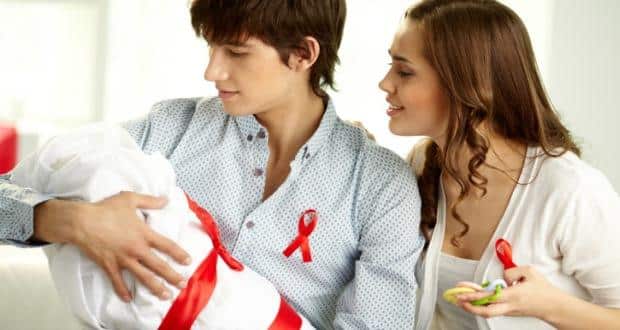 With anti-retroviral therapy and better awareness, the mother-to-child-transmission has reduced to around 57 per cent in 2011 in low socio-economic countries including India.

In the recent report on the number of HIV positive women in Jharkhand going up, UNICEF quoted that the transmission of the HIV virus from mother to child could be prevented if all pregnant women are tested every year. At present only eight percent were tested. In 2011, only 61,500 pregnant women were tested for HIV, against total number of about 8.2 lakh pregnant women. Out of this, only 38 received treatment to prevent parent-to-child transmission (PPTCT), against the estimated number of 527.

The paediatric HIV programme was launched in 2011 and has resulted in the access of treatment by these children going up from 6 per cent in 2006 to about 34 per cent in 2011.

However, facts and numbers aside, every woman, HIV or otherwise has the right to have a child, the right to fulfil her dreams of motherhood. With planning and good medical support, an HIV positive mother can still do so.

Firstly, every woman whether she is aware about her HIV status or not should know that the HIV can be transmitted anytime during the pregnancy, labour and delivery, more so during late pregnancy and delivery.

If the woman already knows she is HIV positive and wants to have a child, it is best to consult a doctor who can guide her on how to get pregnant with methods which do not involve unprotected sex. If the man is HIV positive and the woman isn't, a process called sperm washing can reduce the transmission of HIV to the mother and hence the child. In either case, the infected partner may need to be on antiretroviral drugs to fight the virus, depending on the viral load in the body.

Once the HIV positive woman knows she is pregnant, she should consult her doctor. The doctor may ask for some tests like the CD4 test (test which helps the doctor figure out how the infection has weakened the immune system) and the viral load test (to check the amount of HIV virus in the blood stream) and may or may not prescribe her anti-retroviral drugs depending on the test results. The doctor could also alter their dosage depending on several factors like her health, possibility of the drugs harming her or the baby etc. Studies show that anti-retroviral drugs work best for prevention of transmission to the baby if the regimen is started before 28 weeks into the pregnancy.

Once she starts on the anti-retroviral therapy after consultation with your doctor, you should stick to the regimen as prescribed without fail. Sometimes, various factors like the costs involved and the nausea associated with pregnancy might deter the woman from the same. One needs to be aware of the fact that discontinuing the regimen can lead to dangerous consequences like increase of viral load and hence transmission to the baby. It can also increase the risk of developing drug resistance, which basically means the drugs stop acting against the HIV virus.

Apart from this, one also needs to get as healthy as possible before and during the pregnancy. Nutritious food, reduced stress, avoiding smoking and alcohol and getting good sleep are as essential for an HIV-positive mother as it is for a healthy one.

It is important for the baby to be tested right after birth though it may be difficult to ascertain about the HIV status for sure till around two to four months of age.

Your doctor may also advise to start the baby on anti-HIV therapy even before the status is figured out. Research has shown that this helps cut an infant's risk of HIV by as high as 50 per cent.

Earlier it was recommended that HIV positive women shouldn't breastfeed but new studies suggest that giving HIV-positive pregnant women (and those planning pregnancy) priority access to antiretroviral drugs during pregnancy, delivery and breastfeeding will help eliminate mother-to-child transmission of HIV.

So, as you know now, an HIV-positive woman need not lose hope about wanting to be a mother with a healthy child. Diagnosis and treatment planning along with a few precautions go a long way in fulfilling her dream!